Goncalo Paciencia: A story of loans, injuries and redemption

In July 2018, Goncalo Paciencia had finally left Portuguese giants Porto after four loan spells away from his hometown club.

He made his way for a new life in Germany, signing with German cup winners Eintracht Frankfurt, but a knee injury saw him fall behind the prolific trio of Luka Jovic, Sebastian Haller and Ante Rebic.

When Paciencia returned to full fitness, he was the backup striker for the rest of the season, pitching in with the odd goal here and there; including a dramatic late winner against Hoffenheim, one of the sides they were challenging with for a Champions League place.

But a summer of transition saw all three of that trio leave the club. Jovic signed for Real Madrid for a reported £60m, Haller signed for West Ham for around £45m and Rebic went to AC Milan in a swap deal that saw Andre Silva move the other way.

The Germans had signed replacements for all three. As well as Silva, there was also Golden Boy nominee Dejan Jovelijic and the experienced Bas Dost, who came with Bundesliga pedigree having previously played for Wolfsburg.

However, Paciencia has kept his place in the side after a very impressive start to the season, which has seen him net five goals in his first eight Bundesliga appearances. Amongst those were his first ever brace during a 3-0 win over Leverkusen at the Commerzbank Arena.

After that game, he credited his recent form to a reporter who has been reporting on the games more frequently. At the end of the interview, he says ‘I must just say to the Bundesliga, to bring this guy every time we play. When he comes, I score!’ 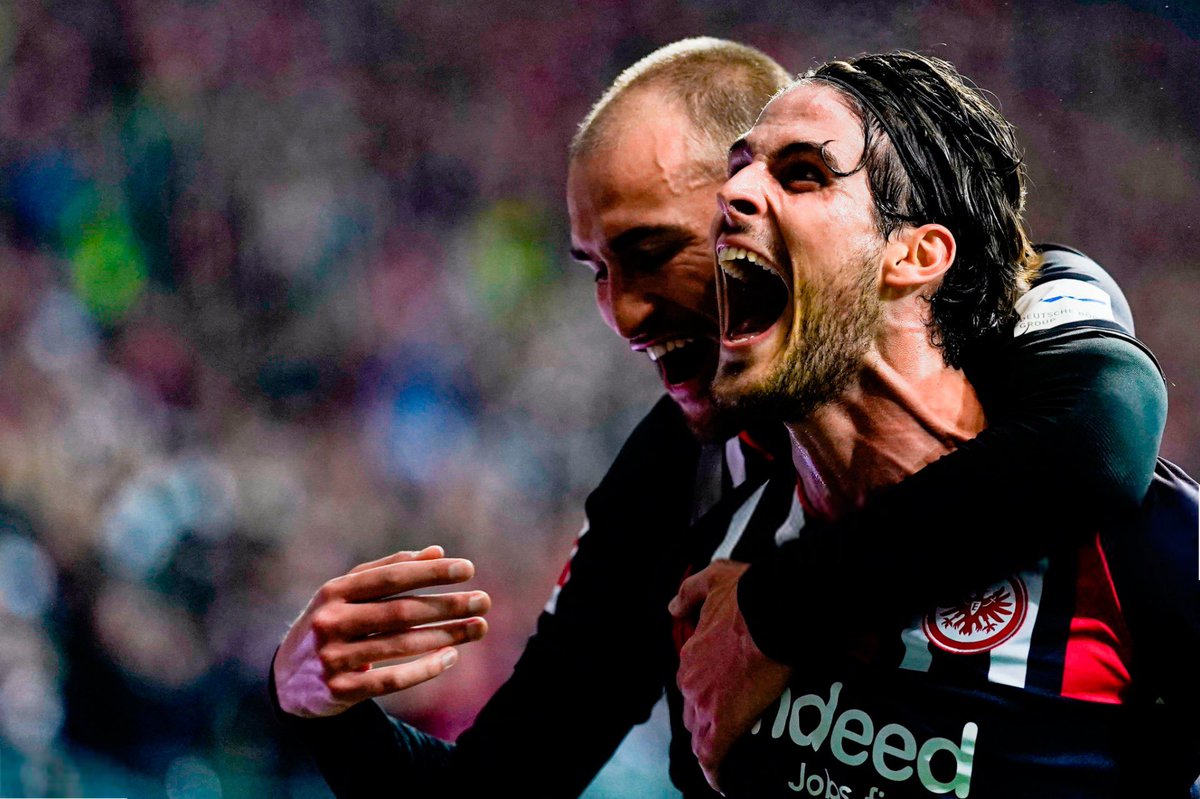 Already, this campaign is the 25-year-old's best goalscoring return in first-team football and he continues to show fantastic form and promise. Paciencia is also the top scorer for Frankfurt this term, which is remarkable given he was playing his football for Porto B not too long ago. Paciencia has been an important part of the Eagles’ impressive start to the season, which has seen them lie just two points off the Bundesliga summit.

There is a lot to live up to for Paciencia and the new crop this year, particularly given the huge success of last season. With the club just a few points off qualifying for the Champions League, the German outfit could be looking to reach new heights. Let's not forget that Eintracht made it to the Europa League semi-final last term where they were beaten by Chelsea. Topping that effort, particularly after losing key players, isn't going to be easy.

Home form has been crucial to their success, with three wins and two draws in the Bundesliga under their belts. Every time Paciencia has scored at the Commerzbank Arena, Frankfurt have won. The only time he didn’t score were the 2-2 draws against Borussia Dortmund and Werder Bremen respectively.

Frankfurt's only defeat at home came to Arsenal in the Europa League where they also had a man sent off in a 3-0 defeat. However, they are well placed to qualify from their group. They currently lie second after further wins against Portuguese side Vitoria and against Belgian side Standard Liege.

Looking at the German sides' transfer policy, they clearly were not expecting to replace their front three straight away. Seemingly, Frankfurt were hoping to build a side with the future in mind. But in Paciencia, they may have just unlocked a gem, especially if he keeps his current run of form going while remaining injury-free.

A 23 year old Sports Journalism Graduate from Liverpool. I’ve supported Liverpool all my life and recently dabbled into German Football as well. Also a supporter of rugby league and darts and I like to travel.