“Okay, the plane's coming in for a landing. Open the hangar doors.” Whether you were Mum, Dad, or just babysitting, you’d make the aeroplane noises as the spoon full of asparamush headed for Junior’s mouth. Except, the hangar doors wouldn’t open. Air traffic control wasn’t giving clearance.

So, you turned your back to pantomime eating the sickly green paste yourself. “Mm, this is good! Nom, nom nom. I can’t believe you don’t want any.”

When you turned back, hoping Junior had bought your act, he was halfway out of the high chair, the slippery little Houdini.

If you remember trying to convince a toddler asparamush was more Cow than Gate, you know how difficult it can be to communicate the desired message. She’s tasted the stuff before and isn’t having it, even though you know what’s good for her.

Assuming you know what’s best for grown adults is a bit more insidious, albeit easier to pull off. Millions attune to echo chambers. They accept the most blatant lies their favourite sources peddle. It happened with NHS promises during the Brexit campaign. In the US, Donald Trump tweets audacious lies hourly. Even his supporters know it comes out the cow’s back gate. They spoon it down like it’s strawberries and cream anyway. Meanwhile, back in the UK, negotiations aren’t progressing but again millions believe with all their misguided hearts they can exit the EU while retaining all its membership benefits for free, as if it were easy as manipulating customer service. 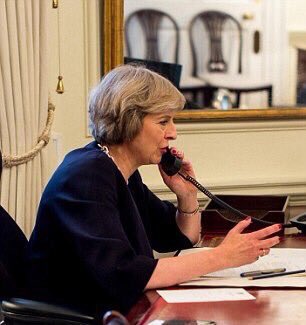 James Melville
JamesMelville
Follow
Hello, is that Sky? This is Theresa. I'd like to cancel my subscription but still receive all your channels. I'd also like to pay you a £50 billion cancellation fee. https://t.co/LySkd3JbAa
Follow
07:36 AM - 7th Jul 18
4395
11646

Forget Rafa Benitez. The message doesn’t need an ounce of fact in it to appeal to its target audience. It must only speak to people’s feelings. It’s bad enough you must deal with hopelessly deluded people on both the right and left in politics. Football clubs are now trying to suppress undesirable views.

The Gunners bullied their popular YouTube fanzine, Arsenal Fan TV, into rebranding itself. Joshua Jones wrote in the Sun.

It is understood unauthorised use of the copyrighted 'Arsenal' for audio and visual recordings was having a negative impact on the club.

If you’re not fluent, “it is understood” is journo-speak for a quote from a source who won’t go on the record. The Gunners do not wish Arsenal Fan TV to continue using their name and badge in vidcasts because the show often criticises players, coaches and the board. The club fears negative opinions expressed about Arsenal goings-on but no club official dares say it aloud.

War is peace. Freedom is slavery. Ignorance is bliss.

Arsenal Fan TV is hardly a serious journalistic medium despite the club treating it as such. Founder Robbie Lyle and his motley correspondents recall Dirty Sanchez more than Match of the Day, sticking microphones in frequently incoherent fans' faces, allowing them to express concern or approval for the club’s performance and business. The show became a platform for the #WengerOut movement but is not one-sided. It’s objective and entertaining [more so with subtitles], allowing all sides to be heard.

If the Gunners thought fans were more than a revenue stream, they'd see value in cultivating a relationship with the channel. AFTV’s feedback could help them better connect.

Not that Lyle and Co require patronage. The channel boasts 820,000 subscribers, 285,000 Twitter followers and nearly half a billion views to date. All removing the Arsenal name and badge from the show does is cost the club free advertising. In other countries, teams must deal with violent ultras who brawl, set off pyrotechnics and frighten more well-heeled supporters into staying away from matches. Arsenal Fan gives Gooners a peaceful forum to be heard. It’s a benefit.

Some Arsenal supporters look at AFTV askance. They’re an Orwellian crowd who believe supporting the club means never uttering a bad word, blindly supporting every decision the board or manager make. Some complain the show attracts rival fans who mock Arsenal. Maybe. The audience numbers suggest the show also attracts neutrals who may begin following the team after getting hooked on AFTV.

How can that be a fan? There’s just people hustling, trying to make money their way, which everyone is entitled to do. If someone from Arsenal Fan TV says this guy needs to do this or that I’m not going to listen to him. If a coach comes to me and says you’ve done something bad I’m going to take that advice.

One, supporters stand first in line for the right to criticise their club. Their money supports it. Two, journalism is a business. Robbie Lyle has as much right to make money as Stan Kroenke and Hector Bellerin. Three, although many players have appeared on the show, no one expects them to listen to the armchair managers. Bellerin has the privilege to express himself on the pitch. Why begrudge fans their chance online?

In the end, bullying the show, forcing it to remove all club branding from broadcasts serves to distance Arsenal from a sizable bloc within its fanbase. That’s foolishness. Attempting to silence a critical voice is fascism. The world already knows too much of both. Let the people be heard.