Top clubs sign top players. There are exceptions to that rule. Tottenham Hotspur didn't bring in anyone last summer, and Manchester United seem set to focus on young British talent at present. Another special case is Arsenal. The Gunners often opted for value buys during Arsene Wenger's reign. Have they really changed much since Unai Emery arrived?

The Spaniard's hiring enacted a little deviation from the norm. He sealed five signings in his first transfer window as manager. Bernd Leno; Sokratis Papastathopoulos; Stephan Lichsteiner; Lucas Torreira; Matteo Guendouzi. All settled well into Emery's squad. It showed Arsenal's willingness to get involved in the market. However, it demonstrated no interest in obtaining the very best players. That's a huge problem.

Despite being considered in the Premier League's 'big six', the Gunners rarely spend like it. In recent times, their most-expensive purchases have been Mesut Ozil, £42.5 million, Alexis Sanchez, £32 million, Alexandre Lacazette, £46.5 million, and Pierre-Emerick Aubameyang, £56 million. In truth, it's simply not good enough.

Yet, Arsenal's ambitions remain the same. They aim for accolades and a top-four domestic finish to secure Champions League football. In the past three seasons, they've been left chasing shadows.

The issue is, appointing a new manager wasn't the antidote. No matter how sound a coach's tactics, his effort will be rendered useless if there aren't any exceptional talents to implement them.

Wenger faced up to this toward his exit. He realized the essence of big-name signings. The Frenchman bought both Lacazette and Aubameyang in the space of just six months. The duo instantly sharpened Arsenal's blunt attack.

Even after Wenger's departure, the team still enjoys this attacking pair. Perhaps a few more similar additions would have been made had Le Professeur stayed on a little longer. His successor hasn't picked up that mantle yet. 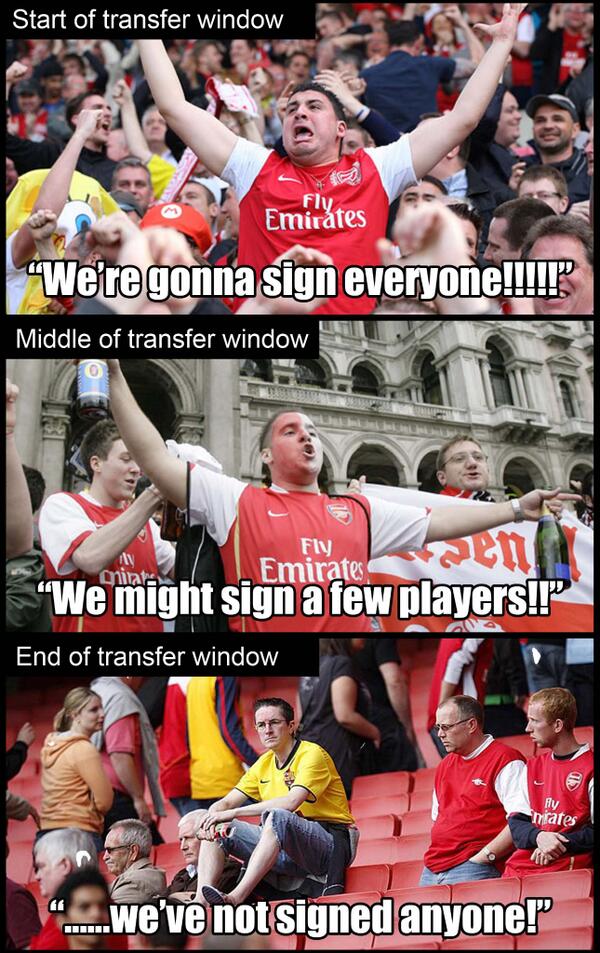 The Premier League has never been easy but it's now getting even more difficult. That's down to the strongest sides' refusal to relent. Particularly both Manchester City and Liverpool. Neither the reigning English nor European champions show signs of taking a nap this summer. Each has been linked to megastars recently.

Chelsea and Manchester United both have more inclination to shell out big than Arsenal, too. During Roman Abramovich's era, the Blues' transfer-spend eclipses £1.5 billion. Meanwhile, the Red Devils have forked out £500 million less, but still an enormous amount. The Gunners, though, have splashed out only £680 million in that time.

Throwing the cash works. Chelsea paid relatively big fees for Didier Drogba, Diego Costa and Eden Hazard. The three went on to contribute toward winning five separate league titles as well as a Champions League. Liverpool needed to improve their defence so forked out a combined £142 million on goalkeeper Alisson Becker and centre-back Virgil van Dijk. Without them, the Reds probably wouldn't have been crowned champions of Europe in May. In England, Man City's recent dominance can largely be attributed to the money spent. Across the city, neighbors United hijacked Paul Pogba from Juventus for a club record £89 million. They've since won two trophies, the EFL Cup and Europa League.

The latter trophy Arsenal came close to this season. The final ended in an embarrassing 4-1 defeat to London rivals Chelsea. Following that collapse, some reports said that Ozil insulted his manager during the match, forcing the board to put the German on the transfer list. Ozil's drop in form is obvious, but he remains a key player at the Emirates. Even should he be sold, would he be replaced? Probably not by someone of a similar status. Alexis Sanchez' void is still to be properly filled after all.

The Premier League transfer window opened on 16 May. It gives teams the chance to reinforce their squads in preparation for next season. Those that fail shouldn't be expected to do great things.

As usual, Arsenal are linked to young, average players. William Saliba as an example. The French defender is only 18 and has very little experience. His arrival wouldn't solve the rearguard woes. Chucking a reported £25 million on the Saint-Etienne boy would neither help to secure a top-four spot next season nor win the Europa League. Napoli's Kalidou Koulibaly is a better pick. Unfortunately, the Gunners don't seem interested in acquiring such quality.

Other rumors state Emery wants to bring in David Alaba, Samuel Umtiti and Hakim Ziyech. However, Arsenal's failure to secure Champions League football rules out their chances. That's should any bids even be forthcoming, something which is highly unlikely judging on past experiences.

Arsenal's board must come to realize how the current transfer method is doing more harm than good. Signing average players won't bring a return to the Premier League's summit. Instead, doing so will ensure the Gunners continue to roam between the fifth and sixth position for years to come.

The reluctance to spend big isn't a money problem. Forbes Magazine has Arsenal as the world's ninth richest club, one place above Tottenham and just slightly behind both Chelsea and Liverpool.

To compete with the best, Arsenal must start to dish out the dollar like a top club.