Rating Haller, Joelinton, Kean: Who will have the biggest impact?

Every kid on the playground wants to be a striker. Despite that, so many Premier League clubs just don’t have a top-quality finisher. Everton, West Ham United and Newcastle United were three sides who recently inhabited that list.

The Magpies lost their main goal sources when Salomon Rondon and Ayoze Perez were sold in the summer. The Hammers parted company with Marko Arnautovic. The Toffees search for a top striker began when Romelu Lukaku left.

All three were destined to splash the cash on offensive recruits during the summer. None disappointed. Each spent heavily on a new frontman. The combined outlay reached £100 million.

Brazilian Joelinton is the new face on Tyneside. Moise Kean moved to Merseyside. Sebastien Haller swapped western Germany for East London. But who got the better deal?

Everton’s experiments with Oumar Niasse, Sandro Ramirez and Cenk Tosun all failed. Under Marco Silva, the Blues strengthened elsewhere in the squad but scoring remained the primary dilemma. After spending £26 million to bring the teenager from Juventus, the Portuguese boss hopes Kean is the final answer.

Six goals in 12 appearances for the Old Lady last season were encouraging. Cristiano Ronaldo isn't feeding him at Goodison Park although that could be of little consequence. The 19-year-old fits Silva’s system perfectly.

The former Hull and Watford manager likes to play a high press. It’s what young [outside Kean's company] Dominic Calvert-Lewin does so well. But the Englishman struggles to hit the back of the net whereas the Italian ticks both boxes. He is fast, energetic, enthusiastic and clinical.

The bedding-in process has been slow but his first start bore fruit in the form of an assist for Richarlison’s opener against Wolves. Given time and patience, the Azzurri sensation could be the new Lukaku. 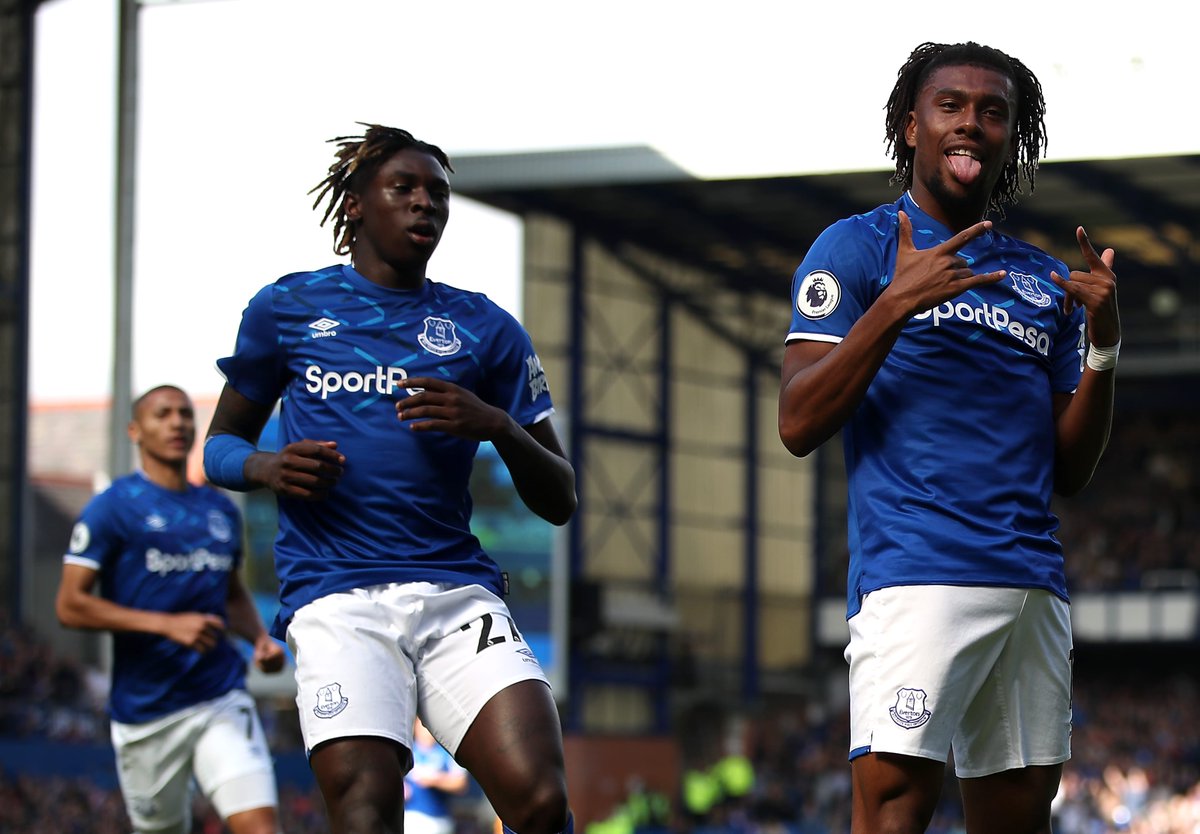 Joelinton’s introduction to English football has been different. The 23-year-old Brazilian played all but 25 minutes of Newcastle’s opening four league fixtures.

However, the Magpies are in turmoil off the pitch. The vitriol directed at Mike Ashley is common knowledge. No need to pile on here except to note that the former Hoffenheim frontman can't help but be aware.

On the pitch, the Toon started respectably under Steve Bruce. Four points from matches against Arsenal, Norwich City, Spurs and Watford is not a bad haul. The victory at the new Tottenham Stadium stood out. The Selecao No.9 scored the only goal of that game, firing low past Hugo Lloris in the first half. Newcastle's defensive performance set the tone for the match and likely their season but to get off the mark in the manner he did showed why Ashley opened the chequebook for the 6'1" marauder.

For all that, his running held more promise than the goal. Not to mention his physical presence and aerial prowess. He held up the ball and bullied Spurs’ backline all afternoon. Steve Bruce needs more of that this season for the Magpies to survive.

With three goals in as many appearances, Sebastien Haller started fastest among the trio. The best player on the pitch with a brace at Watford, the Frenchman also opened the scoring in the victory over Norwich.

Twenty goals and 12 assists in his final season at Eintracht Frankfurt persuaded West Ham to part with £36 million for his services. There’s always worry that a player will struggle to adapt to a new league. The tall, lean, 25-year-old isn't one to worry, though.

The last Hammers player to score 20 in a season was Teddy Sheringham in 2004/05 and that was in the Championship. Haller is the 38th striker signed by the Iron since 2010. The prior 37 managed 199 goals in 920 games, an average of around five goals per player. That's how desperate West Ham are for a prolific striker.

Haller might just be their best shot. He's lethal on the counter, in front of goal, great in the air and a superb technician. Luka Jovic was his partner in crime in Germany but if he can prove that he can lead the line on his own, Haller will become a fan favourite at the London Olympic in no time. 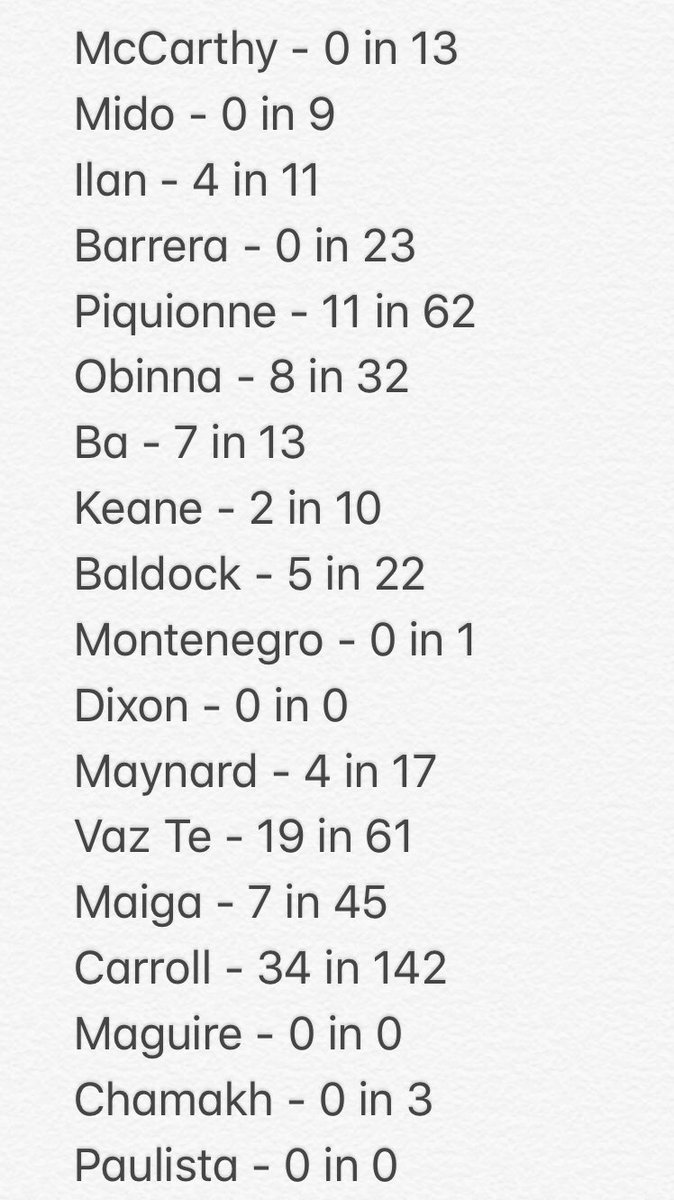 Chrismr Deeley
ThatChris1209
Follow
West Ham have signed 37 strikers since Davids Gold and Sullivan took over in January 2010. They have 199 goals in 920 games.

All three are great additions to the Premier League. Joelinton enjoyed a good spell at Hoffenheim, started fairly well on Tyneside but is still quite raw for a 23-year-old. He will need to be consistent to stand out in the North East.

Kean is still a teenager, arguably has the highest threshold of the three and was the cheapest. He learned from one of the best ever in Ronaldo, proved he can score and turned heads in his limited playing time before the international break. As with all young talents, there is always the risk he may not live up to his obvious potential but time is on his side.

Haller is the best signing. At 25, he is the eldest. But with age comes experience. His scoring record speaks for itself. The most complete player in the moment, he's perfect for West Ham. For the fans, watching him score goals is easy. The hard part will be when the big clubs start to circle.

That's a ways down the road. Right now, they will love him as Everton and Newcastle fans will love their new frontmen too. Only time will tell who has the greatest impact. Regardless, each new face was a much-needed shot in the arm for their clubs. The goals are set to come, finally.