Is this the right play for Harry Kane?

When Harry Kane failed to show at Tottenham Stadium for scheduled COVID testing and bloodwork on Monday morning, the internet became so worked up that it required medical assistance of its own. Reportedly, the Spurs and England captain, who had been on holiday following his Euro2020 duties with the Three Lions, is pushing for a transfer but Daniel Levy is not giving ground.

The Tottenham chairman’s position is understandable. Kane is under contract through 2024. He makes a healthy £200,000/week. The player’s position is less firm. He is understood to believe a gentleman’s agreement exists with the club that they will entertain any reasonable offers for the striker and allow him to move on if one is tabled.

Spurs value their talisman at £150 million. By comparison, Transfermarkt.com rates him at £108 million. The figure at which an agreement will be struck lies somewhere between. Clubs tend to overvalue their stars to discourage offers. Transfermarkt tends to undervalue them simply because buyers inevitably overpay.

If Kane has elected not to report because he feels Levy isn’t honouring their pact, the question becomes which offer Levy has dismissed out of hand? The only interested party appears to be Manchester City but, while they have confirmed their interest and a willingness to pay a figure close to the Transfermarkt valuation, both they and Spurs deny any official offer has been made. If no formal bid was tabled, Kane hasn’t a leg on which to stand.

More to the point, the situation indicates the limits of City’s interest. The Sky Blues are intent on signing Jack Grealish, with a £100 million offer for the Aston Villa captain confirmed. He is clearly their first priority.

It isn’t difficult to understand Pep Guardiola’s interest in Grealish. His attacking instincts and passing abilities recall recently departed City legend David Silva. In addition, he plays defence in the manner Guardiola typically instills in his technical players. That is to say Grealish goes down like a sack of wet mice whenever a competent defender nicks the ball from him. The Villa man finished fourth in Premier League assists with ten to leader Kane’s 14 in 2020/21 but led the league in fouls drawn with 110, 22 more than the next most-abused victim, Crystal Palace’s Wilfred Zaha. Kane was a distant 11th with 60. Why wouldn’t Pep value 50 more free kicks taken in dangerous areas? With the array of attacking talent at his disposal, Grealish’s embellishments promise to lead indirectly to far more than four goals.

Perhaps Kane believes, like so many Premier League fans, that City can buy anyone and everyone they please. Unfortunately, UEFA has already registered its disagreement with that premise and punished the club for previous transgressions against Financial Fair Play. While the Court for Arbitration of Sport ruled partially in their favour on appeal, the CAS acknowledged that the Sky Blues’ bookkeeping was suspect. City chairman Khaldoon al Mubarek would be foolish to believe the governing body isn’t closely monitoring the club’s business. 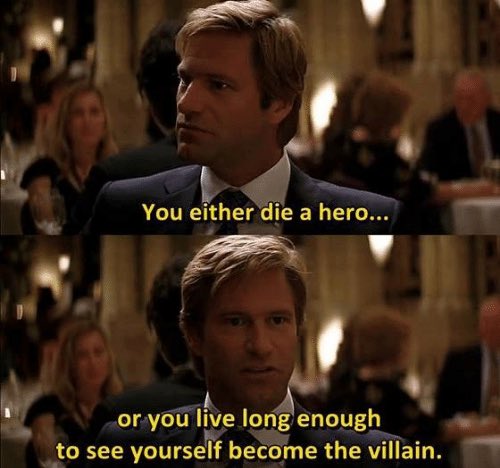 To acquire both Grealish and Kane in the same window, City need to sell a top player or possibly two. They’ve already raised just under £35 million by selling off three fringe players, midfielder Angelino to RB Leipzig for £16.2 million, left winger Jack Harrison to Leeds for £11.52 million and centre-forward Lukas Nmecha to Wolfsburg for £7.2 million. Erasing Sergio Aguero’s healthy wages from the books helps further but the Etihad outfit have only put a dent in the figure it will take to land Grealish. There simply aren’t enough U23s on their books to finance both the Villa man and Harry Kane.

Thus, a big name must be moved. Raheem Sterling was mooted when the window opened and his performance for England at the Euros, in tandem with Kane, certainly raised his value. Were he to be sold, City could possibly acquire both its targets this summer without bringing UEFA down on their backs. But there has been no chatter about Sterling moving on since the European Championships concluded, nor any hints that other City stars might be on the block. With the season less than a fortnight away, it appears that City have opted to wait on Kane, possibly until next summer when he will be entering the penultimate season of his current deal and Tottenham’s position will be less resolute.

If he can read the tea leaves, perhaps Kane staged his one-man work-stoppage to advertise the level of his desire and encourage other parties to enter the picture. Real Madrid, Juventus and Paris Saint-Germain are all coming off down years in which they failed to capture their respective league titles. The Italian and Spanish giants also won a recent court battle against UEFA, rescinding the punishments enacted against them for organising and sticking with the European Super League and ruling out any future actions the confederation might have been considering. There is a remote chance, despite the economic hardships brought on by the pandemic and Real Madrid’s ongoing renovations of the Santiago Bernabeu, that one or the other might rekindle their interest in the English striker [pun intended]. He shouldn’t sit at home holding his breath, however.

At this point, it seems best for Harry Kane to accept the consequences of signing a long-term deal, make the necessary excuses about misunderstandings and travel delays, report to training and return to being the quiet professional he has always been.