Spending astronomically to sign players is now the transfer market norm. According to Transfermarkt, the Premier League spent just shy of £1.4 billion before their window closed. With the UEFA window open until 2 September, La Liga clubs have already surpassed the £1 billion mark. In that context, Manchester United signing Leicester City's Harry Maguire for a world-record £78.3 million is a drop in the bucket. For their part, United hope it's a more significant move. If the England centre-half can prove to be their Virgil van Dijk, they'll be ecstatic.

The Dutchman set the previous world-record price for a defender when he switched from Southampton to Liverpool two Januaries past. Big fees attract big responsibilities. Van Dijk's transfer brought tremendous pressure and expectation to justify the enormous fee. Doubters and naysayers pooh-poohed any contribution and pounced on every error. Nevertheless, the 28-year-old stood tall in Merseyside to prove all doubters wrong.

In his first half-season, he galvanised Liverpool's backline and scored the match-winner on his debut. Critics weren't impressed with a defender's scoring, however. They demanded to know what he was doing at the other end. The answer was enough to reach the Champions League final against Real Madrid.

When Mo Salah was injured early in the match and keeper Loris Karius endured a nightmare evening, the Reds came up short of the winner's podium. In the off-season, the Merseysiders went all-out, inking Roma keeper Alisson Becker for £66.8 million, also adding Naby Keita and Xherdan Shaqiri to the squad.

In his first full campaign, Liverpool jumped out to an 11-point lead in the table but drew too many games in the New Year, allowing Manchester City to overtake them despite suffering only one defeat in 38 matches. Nevertheless, pundits recognised the improvement in the Anfield side's defending. Subsequently, Van Dijk won the PFA Player of the Year award.

The lynch mob returned when Barcelona jumped out to a three-goal advantage in the Champions League semifinal. VVD looked overmatched by Lionel Messi. Who hasn't but the mob bayed for blood anyway. Instead, the 28-year-old played the game of his life in the return leg, keeping Messi and co at bay as his teammates roared back to reach the final. Another top performance against Tottenham sealed the deal for Liverpool's sixth European Cup and left no doubt about Van Dijk's bona fides.

Meanwhile, Manchester United floundered. Jose Mourinho was the Red Devils' third permanent boss since Sir Alex Ferguson's retirement and was failing to live down his reputation for a three-season shelf life. Defeat to Liverpool in December came with a sack not filled with toys.

Ole Gunnar Solskjaer took over. While his tenure began with a double-digit unbeaten run in both the Premier League and across all competitions, Jose remained silent. When the wheels came off towards season's end, the Portuguese began to issue 'I told you soes' in the press. Among them was the lament that he hadn't been backed in the market when he asked for two new defenders. 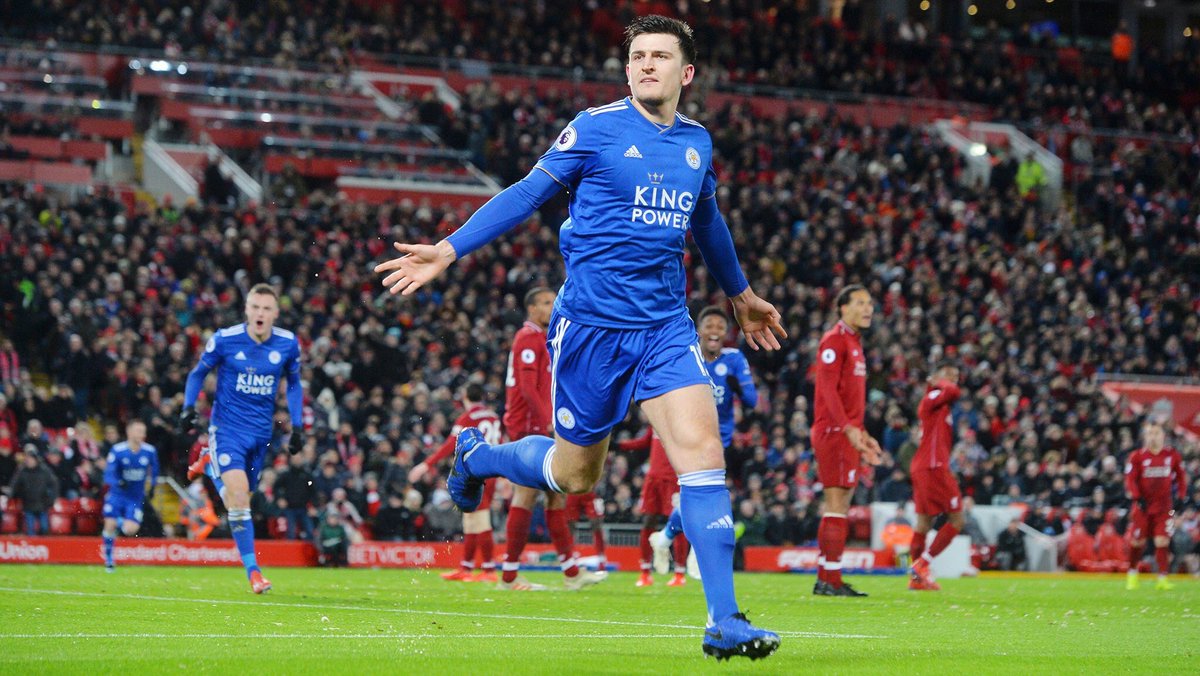 Maguire's acquisition leaves Solskjaer with no excuse in that regard and the player himself with a huge weight on his shoulders to replicate Van Dijk's success.

Both players are noted for their leadership qualities, sound defending and aerial presence in either box. Their careers run nearly parallel as well. That said, Maguire is not stepping into the same situation as Van Dijk.

The Dutchman arrived at Anfield with Mo Salah, Roberto Firmino and Sadio Mane firmly in place. He was one of the two final pieces in the puzzle, the other being Alisson. Maguire comes to Old Trafford to find a United side with an unproven forward line, questionable midfield depth and the lack of a clearly defined leader. Van Dijk's remit was to marshal the defence with Jordan Henderson already in place as captain. With the rarely used Antonio Valencia retired and Ashley Young's minutes expected to be severely curtailed with Aaron Wan-Bissaka and Luke Shaw filling the full-back roles, United do not have a discernible captain. That responsibility may fall to Maguire at some point in this campaign.

It can be argued that Maguire faces a far more difficult task than Van Dijk. However, difficult is not the same as impossible. Maguire has what it takes to kick-start a new era at Old Trafford and develop into one of the finest defenders in the world.

The former Leicester City central-back is an all-round player with technique and ability. His aerial strength, acceleration and the ability to play out from the back make him a vital asset to any side. His composure is desperately needed in the United rearguard.

Last season, Maguire recorded 31 tackles at a 55% success rate for Leicester. In a much stronger unit, Van Dijk's 38 tackles at 74% weren't that far ahead. Playing with better players such as Wan-Bissaka, Shaw, Victor Lindelof, Nemanja Matic and Scott McTominay at Old Trafford ought to improve his statistics.

Assuming he plays against Chelsea in today's late match, he'll face a baptism under fire. New Blues boss Frank Lampard doesn't have Eden Hazard at his disposal but Willian and Pedro remain. Willian is injured but the attack also features Christian Pulisic, Callum Hudson-Odoi, Olivier Giroud, Tammy Abraham and Michy Batshuayi. Ross Barkley tore it up in preseason, leading the Blues with four goals and three assists. He may line up as the second striker, giving Maguire and Lindelof an additional headache.

​Expecting him to take Manchester United to Liverpool and Manchester City's level as soon as he walks in the door is surely asking too much of Harry Maguire but that doesn't mean that in another season or two, he won't have them there. All that's needed is a little patience.