In a summer when they lost their best player o Real Madrid, Chelsea took a heavy blow when FIFA upheld their transfer ban. Nevertheless, the Blues remain grateful they had earlier completed a deal for former Borussia Dortmund superstar, Christian Pulisic, to replace Eden Hazard.

The 21-year-old became the most expensive American footballer in history upon signing a five-and-a-half-year deal worth £57 million during the winter transfer window. As part of the agreement, he was permitted to remain at the Westfalenstadion for the second phase of the 2018/2019 campaign.

The Hershey, Pennsylvania native arrived at Stamford Bridge much to fans' excitement. It was easy to read the lofty expectations in the faces of Blues faithful when he was presented the number 22 jersey. Unfortunately, another new arrival made everyone wait for those expectations to be met.

Despite putting up promising displays in his first three games, the winger/attacking midfielder went below the radar in the following weeks. The club's all-time scorer Frank Lampard had returned as manager and didn't approve of everything he saw from the Yank. Pulisic later revealed the manager told him he had some things to learn. He sat for eight matches across all competitions while he worked to meet the boss' demands. Back in the lineup, he's demonstrated that he's a fast learner. He's been a standout player for Chelsea over the past month, scoring vital goals and producing consistent, convincing displays.

Pulisic marked his return to Lampard's starting line-up with a hat-trick in Burnley's 4-2 demolition. He followed up with another effort at Watford before making it a run of three consecutive games on the goal sheet when he fired another past Crystal Palace. 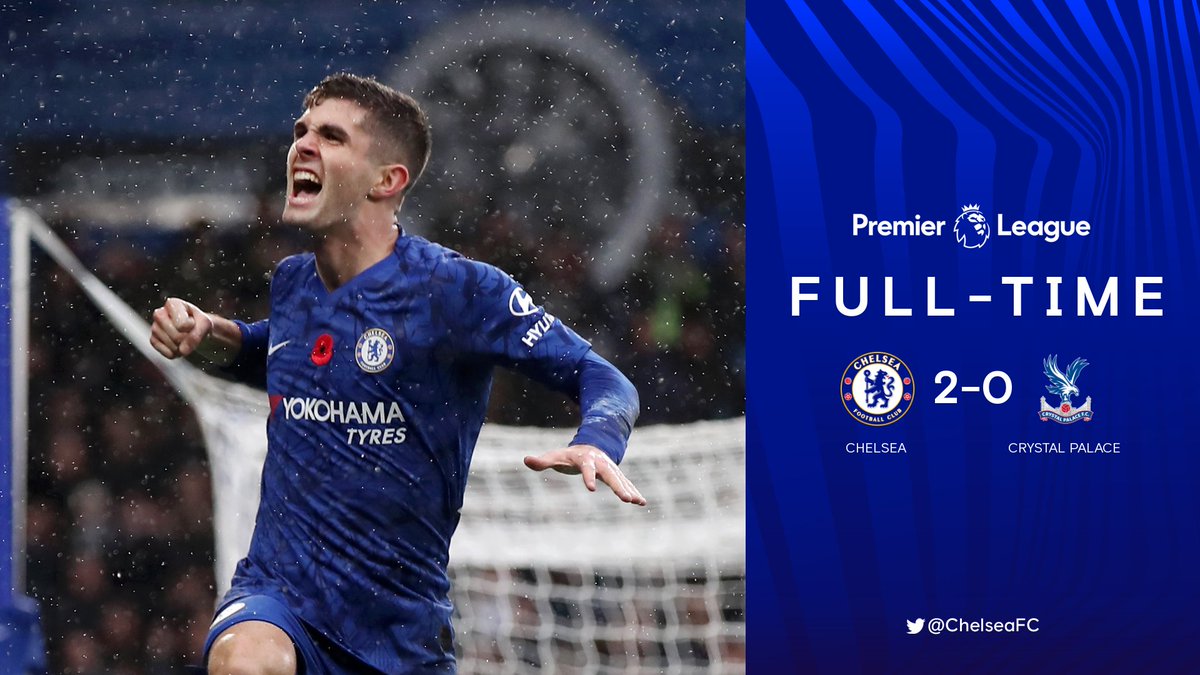 That's six Premier League wins on the bounce, after goals from @tammyabraham and @cpulisic_10! 🔥

The winger now has five goals from his last three Premier League appearances. He is becoming a vital figure at Stamford Bridge. Since replacing Callum Hudson-Odoi in the first team, he is no longer stuck on the flank. He now operates more centrally to find gaps between opposition defenders.

Dribbling at a high pace, running into space and shooting with either foot puts defenders off-balance. Pulisic looks ready to take the Premier League by storm. But will he keep his place in the starting line-up or will Lampard rotate him alongside his other wingers?

Lampard has four top-class wingers at his disposal. Alongside youngsters Pulisic and Hudson-Odoi, Pedro and Willian bring experience and guile to the squad. Neither has hit their stride as yet which might be explained by lack of playing time. Yet, their savvy and knowhow can't be overlooked.

Hudson Odoi is another huge prospect for Chelsea. The Blues hold high expectations for the England international. More opportunities will fall his way.

Nevertheless, Pulisic can still establish himself as a first-choice option at Stamford Bridge if he continues to make his chances count. He has five assists to match his goals, making him the Blues' most prolific winger. Currently nine points clear of Sheffield United and Arsenal who occupy the fifth and sixth places in the table, Lampard would be a fool not to stick with productive players as he attempts to keep Chelsea in the Champions League places and as close as possible to Premier League leaders Liverpool.

Football is Darwinian. Only the strong survive and Christian Pulisic is showing his strength.