Does Djibril Sidibe deserve a permanent deal at Everton?

French right-back Djibril Sidibe is currently on loan at Goodison Park. Everton can make the option permanent at season's end. To encourage the club, Sidibe must contest club captain Seamus Coleman for his place in the team. So far, so good. The Frenchman started 16 of the Toffees' 27 Premier League games to date.

Evertonians split on whether their club should persist with the 27-year-old into next season or look elsewhere for a younger model with better prospects. Many fans grow impatient with Sidibe’s positional faults while defending and his end product's inconsistency. Beyond Coleman, the club retains other options. Jonjoe Kenny returns this summer from a temporary spell at Schalke.

However, Sidibe’s stats suggest Carlo Ancelotti should consider triggering the option to buy. Despite his limited starts and poor positioning, Sidibe makes the most tackles in the Everton squad by some distance with 69. Lucas Digne and Richarlison each started nine more matches but trail their intermittent colleague by 14 tackles. Sidibe stands five clear of Digne with 36 interceptions and his fellow Frenchman is the only Toffee with more league assists. It’s difficult to recommend letting Sidibe go based on those numbers.

His versatility appeals to Ancelotti. After suffering from a couple of early-season niggles under Marco Silva, the World Cup winner appears in every game under the new boss, used at right-back, right wing-back and right midfield. For a manager willing to rotate so heavily, Ancelotti apparently counts Sidibe among his favourites. If the decision is purely down to the manager, expect a permanent contract to be on the table. 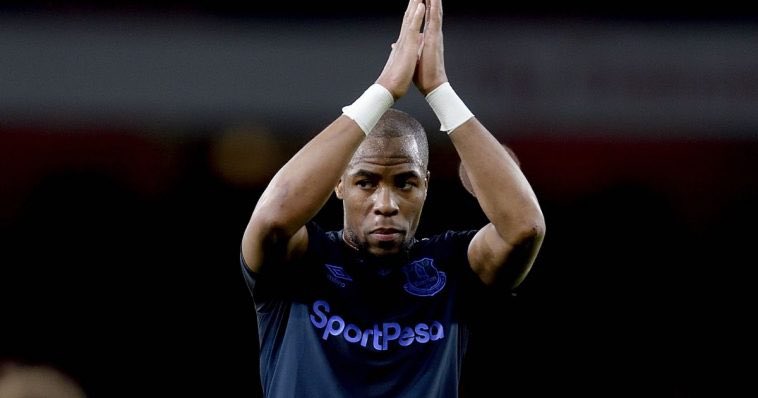 Everton's recent habit of discarding French defenders counts against them. Many fans miss Chelsea's Kurt Zouma after his temporary spell on Merseyside last season. While Coleman and Kenny are dear to Evertonian hearts, Sidibe offers something different. When laying out his blueprint for new signings, Director of Football Marcel Brands mentioned a winning mentality as a key requirement. You can't win anything more impressive than a World Cup.

Fans have a right to be concerned, though. Most remain unconvinced on Sidibe who can't seem to find a consistent level of performance. To do so, he might require an extended run in the team in one position. If Ancelotti is willing to allow him that for the remainder of this season, he could win fans to his cause and go on to pay future dividends. Sidibe has failed to score for the Toffees. While that's hardly a cardinal sin for a full-back, a goal would go a long way to cementing his status with those in the Gwladys Street End.

Sidibe’s numbers are difficult to ignore. The option to buy in his contract is reportedly set at £12 million. Even though he is yet to fully win the fans over, finding a better right-back for that money is a mission nigh impossible. Carlo Ancelotti has some big decisions to make this summer. Djibril Sidibe's continued presence in the Everton clubhouse ranks high among them.