Has Inter Milan made another transfer mistake with Nicolo Zaniolo?

Inter Milan has a long history of selling players that go on to achieve significant success in their careers elsewhere. It's been the case with household names like Andrea Pirlo, Clarence Seedorf, Fabio Cannavaro, Roberto Carlos, Dennis Bergkamp, Leonardo Bonucci and even Philippe Coutinho. The latest in that list may turn out to be Nicolo Zaniolo.

The 19-year-old has been tipped by many to be the next big thing in Italian football. Yet, Inter chose to give away such a prized possession to rivals Roma in the summer as a makeweight in the deal to sign the fading Radja Nainggolan. The Belgian midfielder who is well-known for his disruptive behavior has failed to recapture the form that saw him star in Roma’s midfield for several seasons.

Zaniolo, on the other hand, was supposed to be a buy for the future. But the youngster has taken well to life in Rome. He has become one of Eusebio Di Francesco’s most trusted players to start in midfield relegating Javier Pastore to the bench. This is due to the fact that he has been in fine form, contributing to the team's resurgence after a slow start to the campaign on the domestic front.

With three Serie A goals already to his name this campaign, he has become the youngest player since the legendary Francesco Totti to achieve the feat in the Italian top flight. That's some good company to be in. But that may just be the beginning for the youngster.

He continued the good work with a brace against Porto in the Champions League on Tuesday. There were the only goals as Roma secured a hard-fought 2-1 victory over the Portuguese side in the first leg of the Round of 16 meeting between the two sides. This may come as a surprise to some but the 19-year-old has already demonstrated his ability while with the Inter youth team. 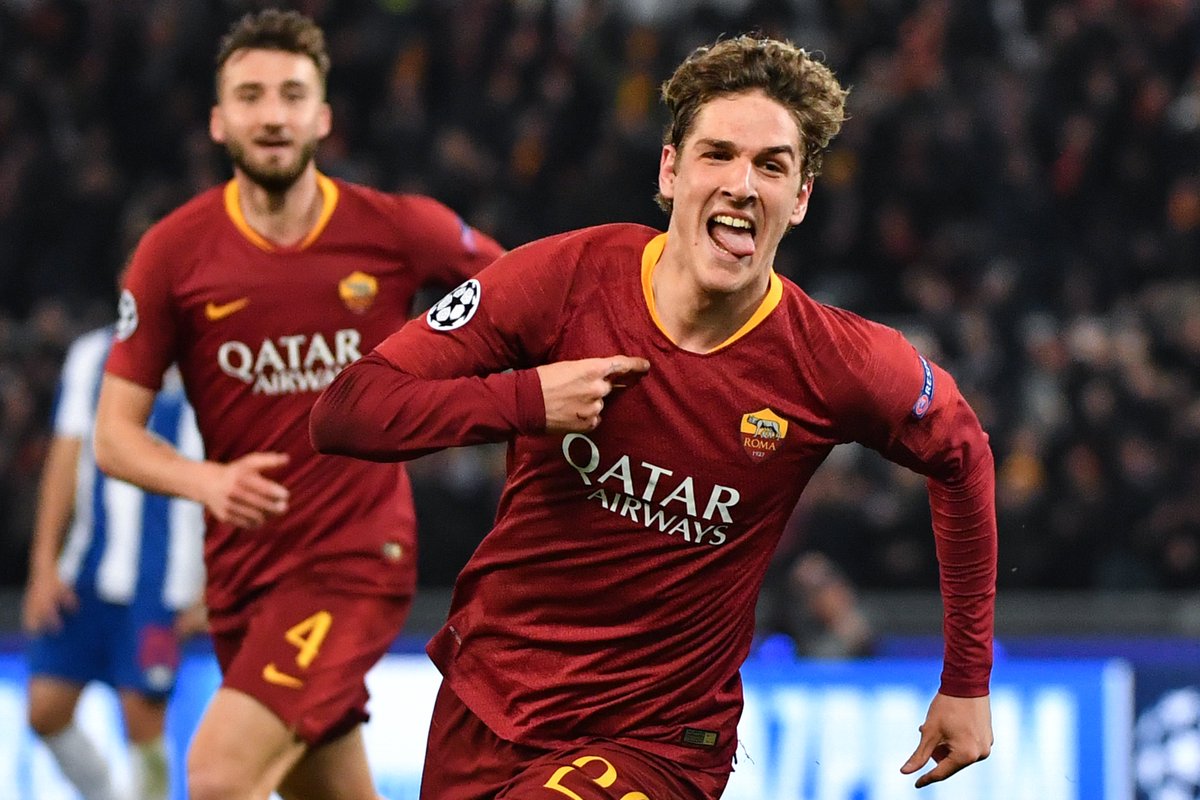 From the midfield, he emerged as top scorer helping Inter Primavera to be crowned champions in 2018. Zaniolo's performance drew praise from his manager at the time who compared him to legendary midfield powerhouses like Steven Gerrard and Frank Lampard. It becomes very surprising then that despite seeing off competition from Juventus and AC Milan to land the player in 2017, and these exploits in the club's colours, the club hierarchy would go ahead to sanction the sale.

For a player that promises to be a key member of both his club and the Italian national team in future, the Nerazzurri had no business letting him go. More so when he is joining a major rival in the league. Rumours now have it that Juventus intend to swoop for the player in the summer. That only highlights the value placed on the young man.

As things unfold, it is clear the Milan club will have cause to regret the decision just as was the case with several other top talents that were let go only to become phenomenal elsewhere. Unfortunately, the club's hierarchy has yet to learn from history. Not even after the club's chief sport officer Piero Ausilio stated last year that selling Coutinho remains the biggest regret in more than 20 years.

If Zaniolo goes on to develop into one of the game's greats in the near future, there will be more regrets at San Siro. But hopefully, that will help to finally drive home the lesson to put faith in the next generation of emerging talents that will take the club to the summit in future.