Has Maurizio Sarri committed a mistake in buying Jorginho?

Maurizio Sarri breathed a sigh of relief following Chelsea's 5-0 drubbing of Huddersfield Town on Saturday. The Blues announced their comeback in a striking fashion, post two consecutive defeats in the Premier League.

Frenchman N'Golo Kante wowed the spectators with an ingenious pass that led to the Blues' first goal scored by Gonzalo Higuain. The excellence of the pass is far from being dubious, but to think that the 27-year-old has finally adapted to his advanced role is an overstatement.

Let's have a little recap of what we have known so far. Sarri signed Jorginho with the view of deploying him as Chelsea's midfield metronome in Sarriball. Make no mistake, the Italian was the heartbeat of Napoli and he orchestrated each and every attacking play of the team. Naturally, Sarri favoured him in the deep-lying playmaker role and made no haste in signing him.

There was a problem, though, the presence of Jorginho meant N'Golo Kante had to sacrifice his favoured position in the centre; the Frenchman now functions in an advanced role as a box-to-box midfielder, with the Italian occupying his old position.

As the season has progressed, a couple of mediocre performances from the Londoners have now put them in a place where they are fighting for a Champions League spot. That is pretty much in contrast to how they started the season as title contenders. In the context of Chelsea's current plight in the league, Sarri's use of Kante in the advanced role has been censured by fans and pundits all alike. This sent a part of the footballing fraternity brooding whether the decision to buy Jorginho while already having Kante in the squad was a prudent one.

The curious case of Jorginho

Jorginho is the best passer in the Premier League, period. What else would you make of 2219 passes and an average pass accuracy of 92.46% per game? But let's not forget that he still hasn't bagged even a single assist yet. He also has a mediocre key pass average of just 0.7 passes per game. Stats per the Premier League.

Playing in the deep-lying playmaker role requires strong defensive abilities, something the 25-year-old is insufficient at. Kante's forward runs coupled with a man-marked Jorginho gives rise to a void in the middle that the opposition tends to exploit on counter-attacks. Add the fact that in Sarriball, the defensive line plays high up the pitch, leaving acres of space to be exploited behind them.
That is precisely what happened in the club's 4-0 humiliation against Bournemouth, with David Brooks successfully nullifying the Italian's threat. Previously, Dele Alli and Gylfi Siggurdson also did a commendable job in marking Jorginho out of the game. 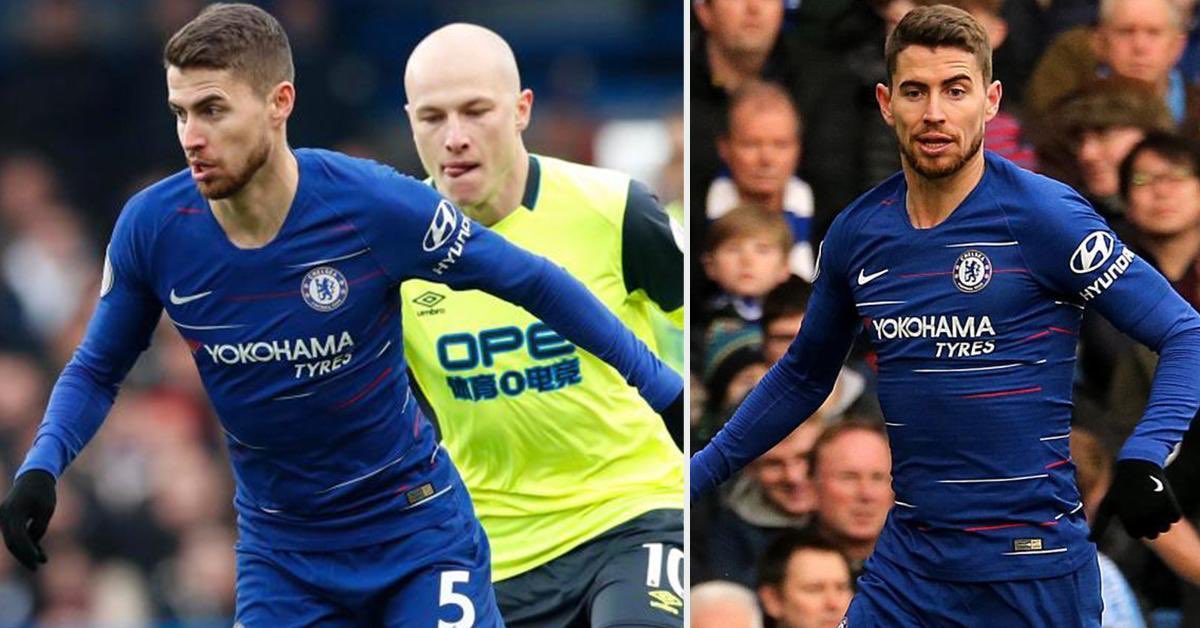 How has N'Golo Kante fared in his new role?

N'Golo Kante has slotted well, but his maximum potential has been negated. He doesn't create the same impact as he used to while operating in his favoured defensive midfield position.

The Frenchman is far from being at his imperious best - a claim that can be backed up by this statistical comparison with the six best defensive midfielders in the Premier League.

Now that Kante has attacking duties to fulfil, let's have a look at how dangerous he is going forward.

The two-time Premier League champion has scored 3 goals and 4 assists in 25 league games. He makes 0.8 key passes per game, hardly an acceptable stat for someone who is afforded the freedom of going forward as he is.

Those average numbers point only towards one thing - Kante is being made to ride on two horses. He is neither contributing sufficiently in defence or during attacks and reinstating him back to his old position is a necessity now, lest Chelsea remains content on wasting the talent he displays as a deep-lying playmaker.

How can the Kante-Jorginho be resolved?

The solution to Sarri's woes is one he refuses to embrace. Benching Jorginho is out of the question, as leaving him out will be a compromise with the Italian gaffer's possession-based system. It would be a sin to sideline Kante for tactical reasons, knowing the gem of a player that he is.

In that case, employing a 4-2-3-1 formation with Kante and Jorginho forming a double pivot is the only credible solution to execute for the gaffer. Sarri will have a plethora of options to fill the three attacking midfield positions, with the likes of Eden Hazard, Willian, Ruben Loftus-Cheek, Ross Barkley and Calum Hudson-Odoi in the club's ranks. However, tweaking the formation will also mean embracing a change, since the Sarriball is tailored in and around the 4-3-3 system.

Only time will tell if Maurizio Sarri decides to evolve and embrace new strategies. But unless and until he doesn't, Jorginho, due to the presence of Kante, will always have mixed reviews in terms of how good a player he is in his preferred role.

Five days shalt thou labour, as the Bible says. The seventh day is the Lord thy God's. The sixth day is for football - Anthony Burgess
In love with Manchester United and a student of the beautiful game, Atharva believes football is more than just a sport. It's an art that soothes the soul. It's a charming way of life. He adores Wayne Rooney, Cristiano Ronaldo, Lionel Messi and Zlatan Ibrahimovic and reveres Sir Alex Ferguson, Johan Cruyff and Pep Guardiola.
Harbouring intense passion for writing, Atharva also writes for Sportskeeda.and Playing for 90.