A surprise 3-0 loss away at Freiburg adds to defeats against Wolfsburg, and title contenders Borussia Dortmund and Bayern Munich as RB Leipzig’s only league defeats this season. It’s not surprising then that Die Bullen sit comfortably in third place in the Bundesliga table having qualified for next term’s Champions League.

Leipzig has not looked back since breaking into the top flight after conquering the lower divisions of German football in a relatively short period of time. In the 2016/2017 campaign, the club finished second and qualified for the Champions League for the first time in its short history. Founded just under a decade ago, the club has overachieved already. At a time when notable names in the country's top flight like Bayer Leverkusen and Borussia Monchengladbach are struggling to secure a place in Europe's elite competition while Schalke is celebrating relegation survival, Leipzig is rewriting history.

However, the dogfight between the two heavyweights at the top of the table in the title race has grabbed the major headlines all season. Yet, the achievements of the Saxony club cannot be minimised. That much especially for the fact that manager Ralf Rangnick has weaved a winning team out of a group of otherwise unheralded players. Sure, Timo Werner now turns out for the German national team as Joachim Low’s favoured number nine. But a couple of years back, he was an unknown quantity. His rise has been a reflection of that of the team as a whole.

The forward, together with his partner up front, Yussuf Poulsen have been mainly responsible for getting the goals that have ensured the team is the first of the rest in the Bundesliga. Werner has netted 16 times this season in the league while Poulsen has contributed 15 goals. 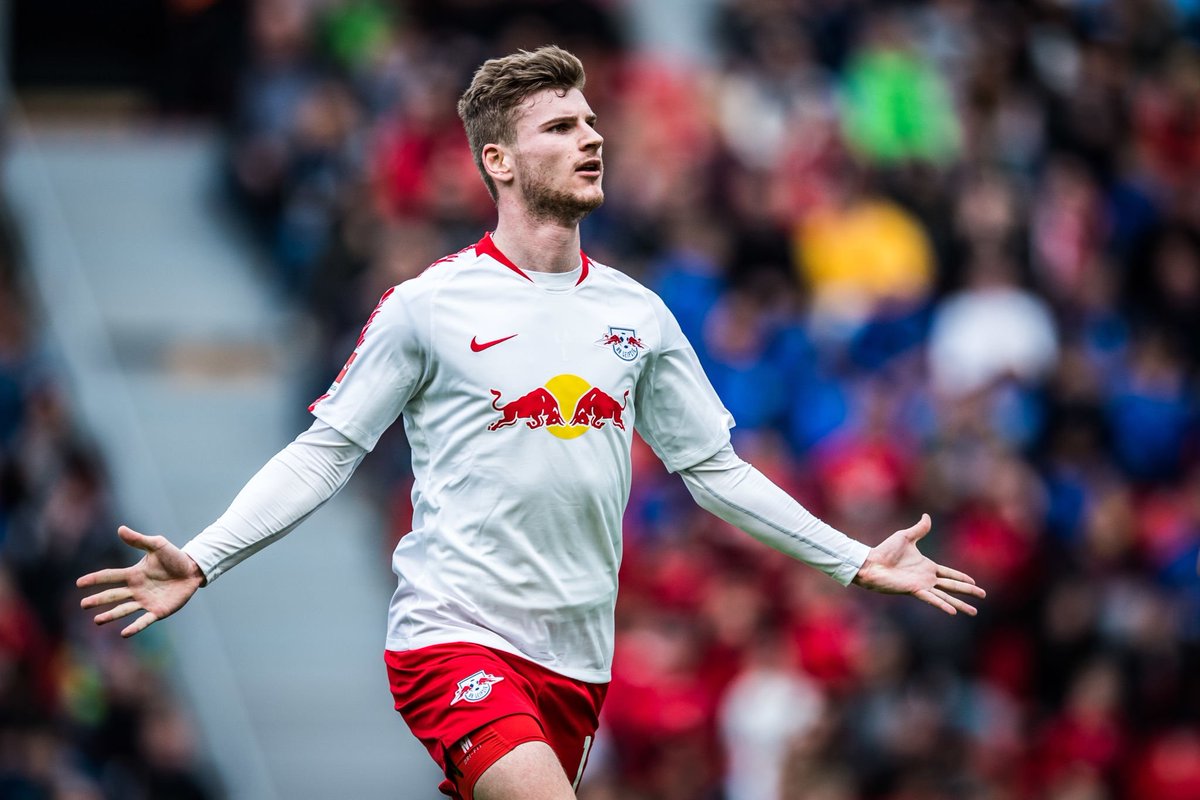 The fact that the next player on the team’s goalscoring charts, Lukas Klostermann has just five strikes to his name shows just how important the duo is to the team.

Normally, having a prolific striker, or two for that matter, is a good thing. But for Leipzig, there’s a problem. First off, transfer speculations have continued to grow about Werner’s imminent departure from the club. Seeking silverware and a chance to turn out for some of the bigger clubs in Europe, the German international could be on his way as early as this summer.

Top clubs in the modern game have the goalscoring burden shared among several players in the team, especially attackers. To remain competitive at the highest level for the foreseeable future, the need to strengthen the team has to be addressed. There is also the need to add experience to the side.

Essentially, new signings have to be made that will strengthen the team, especially in attack. With the commitment to European football coming next season, the team will require more depth to cope. At a time where heavyweights like Bayer Leverkusen and Borussia Monchengladbach are fighting for a place in the top four alongside the usual suspects Dortmund and Bayern, things can only get tougher. Eintracht Frankfurt, Hoffenheim and even a rejuvenated Schalke will make things even more tricky.

Speaking of Hoffenheim, the club has already recruited Julian Nagglesmann from the club as its next manager starting from next season. The 31-year-old has been inspirational at the club's dugout, leading the side to European football. But he now has a chance to make his mark in the biggest of them all - the Champions League.

That said, the club does not have to deviate from the path it has been following. It only needs to do a little fine-tuning to make things work even better. Who knows? That could entail contending for the Bundesliga title in the near future.