Has Sadio Mane perfected the art of helping Liverpool win?

A famed member of the deadly front three at Anfield, Sadio Mane, has become a cult hero at Liverpool. The Senegal international has been instrumental to the club’s success over the last few years. After coming agonisingly close to winning the Champions League two seasons ago, Jurgen Klopp and his men finally lifted the trophy last term. Mohamed Salah and Roberto Firmino have played a significant role, but they were complimented all the way by their partner in the team’s front line, Mane.

The Senegalese’ creativity, industry and ingenuity sets him apart from the rest and makes him as valuable to his manager as any other important member of the squad, if not more. But apart from his goal-scoring ability, which earned him a Premier League golden boot last term, he has added a unique quality that makes him almost indispensable. When the team comes up against a brick wall and desperately needs a goal but cannot score from open play, Mane creates one - by cleverly drawing a foul in the penalty box.

Not many may remember how that unique ability helped Liverpool win the Champions League last term. VAR has become much of a talking point and so ubiquitous that it now seems to have been a part of the game all along. But it's very much a latecomer to the Champions League. Just last season, its absence in the competition played a key role in Liverpool getting a goal away at Paris Saint-Germain.

The home side led 2-0 in a group game in what was a superb performance against one of the best teams in Europe. That was until the stroke of half time when Mane went down in the penalty area after anticipating a tackle from Thiago Silva; which never happened. But Turkish referee Cuneyt Cakir pointed to the spot despite protests from PSG players.

James Milner was on hand to convert the spot-kick (which ended up being Liverpool’s only shot on target in the whole match) giving the English side a valuable goal. It was a penalty that will have been promptly rescinded with the Liverpool forward booked for diving if VAR existed in the competition at that time. 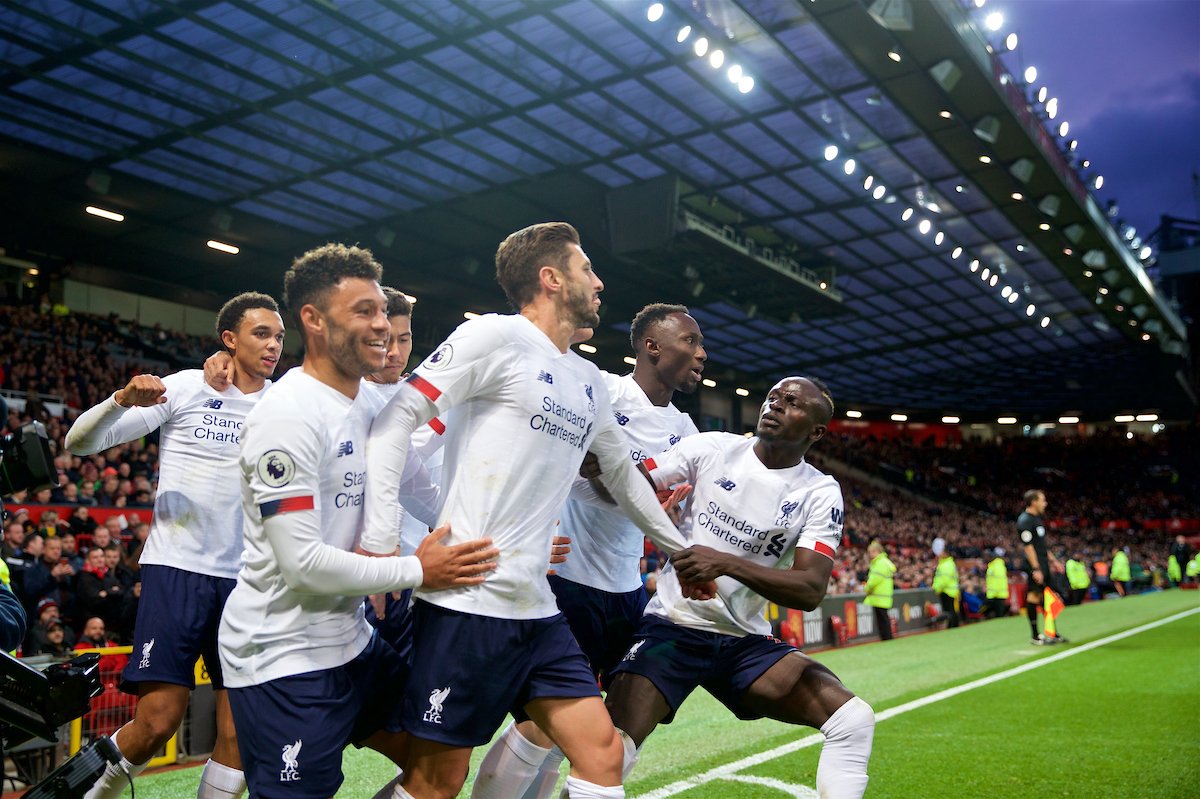 This Is Anfield
thisisanfield
Follow
Sadio Mane dragging the players back on when celebrating Lallana's equaliser. There was a game to be won. Top attitude. https://t.co/nIswRzCmKw
Follow
19:05 PM - 20th Oct 19
1017
7076

That goal turned out to be key to the Reds’ progression into the next round of the competition. Tied on points with Napoli after a 1-0 win in the last group game at Anfield, the Merseysiders joined PSG as the second team to qualify from the group as a result of having scored a goal more than the Italian team. The rest is history.

Success in Europe was sweet. But it was not complete. Winning the Premier League would have made it even more delicious. That's the major goal this time around and Mane is doing everything possible to help with that. With 5 goals from 10 appearances, he is on course to match last season’s tally. But it’s in securing penalties that he is doing even more to help Liverpool gain the advantage in the title race.

The 27-year-old has been the architect of two hugely important goals for the club in his last two games at Anfield. The encounter with Leicester City was headed for a share of the spoils until Mane drew a penalty in the fourth and last minute of added time. Next up, against Tottenham, there was a repeat of such only this time it occurred in the 85th minute. By doing so, he secured the six points that keep Liverpool atop the Premier League table as Pep Guardiola and Manchester City watch on helplessly.

It does look like history is repeating itself again. But this time it’s in the Premier League. If the trend continues, then Liverpool fans can rest assured that (as was the case with the Champions League), the title is finally coming home. And that’s because Sadio Mane has perfected the art of helping Liverpool win...