3 major issues for Arsenal to resolve

Continuous signs of decline made supporters call for a managerial change. Wenger stepped down and Unai Emery soon arrived. Instant changes were expected. The Spaniard's first transfer window was enough to convince his doubters. The manner in which he sealed five signings was surprising considering Arsenal's past problems in that regard.

However, Emery's debut season makes his work questionable. The Gunners failed to finish in the top four and lost the Europa League final to bitter rivals Chelsea.

The 47-year-old has a huge task ahead. His ship is sinking and the promised land is far away. It's reachable but only once he does some fixing. Where are the holes?

Absence of a genuine leader

Great captains ensure an unbreakable unit. Genuine leaders keep teammates in check and make certain everyone gives their all on the pitch. Mistakes are reduced to a low level, fighting spirit, passion and motivation are instilled. In the midst of a battle, these things can't be done from the dugout.

This particular quality is inbuilt. Usually an important asset of team captains, other players can possess the know-how, too. Arsenal's Laurent Koscielny lacks it. To worsen his case, the Frenchman has decided to sit out pre-season in the United States. That shows how far he is from being a true leader.

Koscielny's irresponsibility wouldn't be felt as much if there was an immediate fix. No Gunner has shown the necessary traits yet.

There are two solutions. Emery should look within his squad to gain deeper knowledge before choosing a worthy leader. If that fails, he must sign such a player in this window.

Emery: I have 5 captains, Koscielny, Cech, Ramsey, Xhaka and Ozil 💪

While at Paris Saint-Germain, Emery tutored Neymar. Or tried to, at least. He couldn't manage the Brazilian's attitude. In fact, questions rose concerning who the real boss was.

A similar issue occurs at Arsenal. Mesut Ozil used to be an important figure under Wenger, but the playmaker failed to hit his peak this past season. Emery often restricted his role to the bench, leading to rumours regarding their relationship. It seems they aren't on good terms. The German took a dig at his manager during the painful Europa League final defeat.

Emery would have benched Neymar, too, if he could. The former Barcelona star was too powerful to be curbed.

Factoring in Ozil's case, it perhaps proves that fault lies with the coach, not the players. Emery must learn how to handle influential talents. Respect is reciprocal.

Although Arsenal's transfer activity somewhat improved before Wenger left, paying a combined £102.5 million on Pierre-Emerick Aubameyang and Alexandre Lacazette, as well as bringing in Henrikh Mkhitaryan, Sead Kolasinac and Konstantinos Mavropanos, it's since reverted to type. Emery was given £72 million throughout 2018/19. Everton, Leicester City, West Ham United, Wolverhampton Wanderers, Bournemouth and relegated Fulham all spent more. Moreover, he's had only £6 million so far this summer.

Arsenal's inability to recruit top players is matched by their failure to retain own best ones. Alexis Sanchez left for Manchester United. Aaron Ramsey joined Juventus on a free transfer. Both had ambition which the Gunners can't match. If things continue this way, Aubameyang and Lacazette may also seek greener pastures.

As well as persuading key players to stay, Emery should prioritize a highly-rated talent this summer. One big signing is better than five average ones. Crystal Palace's Wilfried Zaha has been heavily linked. He would no doubt improve Arsenal's attack.

Then, in the January window, the Gunners can focus on another marquee signing. Perhaps Napoli's Kalidou Koulibaly, who would all-but solve their defensive problems.

Arsenal, though, are currently linked to young, average players. This route will make a top-four finish almost impossible next season. 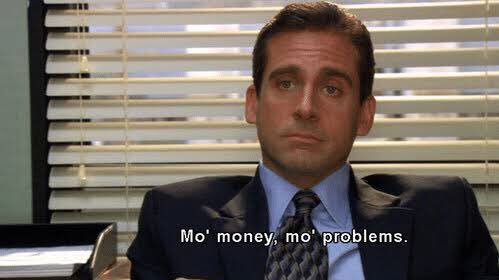