Will Crystal Palace own the AFCON?'

The African continent has exported some of her best talents to English football. Actually, the Premier League has paid hundreds of millions in exchange, but the impact of these superstars has been nothing short of monumental. That fact was brought to the fore last campaign when three African players had to share the Premier League golden boot.

The Eagles should have as many as seven players competing at the ongoing African Cup of Nations in Egypt – if Aaron Wan-Bissaka agreed to represent DR Congo; Jeffrey Schlupp hadn’t suffered injury so close to the tournament, while Papa Souare and Bakary Sako just didn’t play enough games.

But the likes of Wilfred Zaha, Jordan Ayew and Cheikhou Kouyate are actively fighting tooth and nail to help their countries win the biggest continental trophy.

How high are the Eagles in Egypt flying thus far?

Zaha yet to get in gear

Ivory Coast was humiliated out of the group stages of the AFCON two years ago - which makes this year’s competition an opportunity for the Elephants to save face. To do that effectively, they need someone like Zaha in top shape and form.

After a long and exhilarating season, it’s fair to say Zaha didn’t enter the competition in 100% condition. It explains why the Palace talisman was benched for the Group D opener between Ivory Coast and South Africa. However, he was given a run out in the 69th minute, five minutes after Jonathan Kodjia had scored the eventual winner. 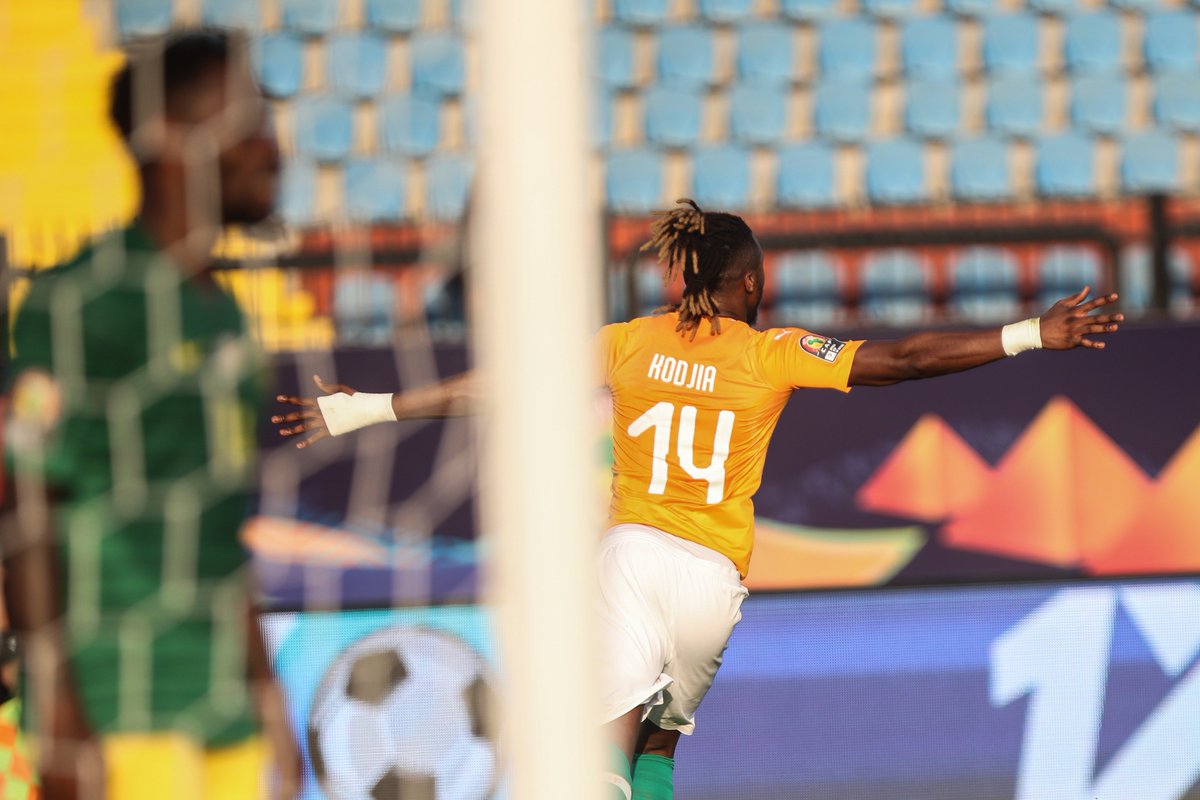 Zaha is expected to pick up the pace as the tournament progresses. With England's top-six clubs circling for a potential transfer this summer, he certainly needs to. Hopefully, the pacey winger from Selhurst gets his first AFCON start against Morroco this Friday.

Ayew off to a flier

Two brothers plundered a couple of fine goals for Ghana in their disappointing 2-2 draw against the Benin Republic on Matchday one for Group F. Among those was Crystal Palace’s Jordan Ayew.

The 27-year-old forward was far from prolific for Palace through the last campaign. Stats show his goal for the Black stars is as many as he managed in 20 league outings for Palace in 2018/19. Perhaps someone has finally found his scoring boots.

While there’s little or no hope of winning any form of silverware at Palace. Ayew stands a chance of returning to Selhurst Park a continental champion. For that to happen though, the goals mustn’t dry up and Ghana must turn draws into wins - starting with the difficult game against Cameroon.

If Senegal wasn’t as star-studded as they are, Kouyate shouldn’t struggle to play regularly for his country. Since the World Cup, getting into that Senegalese midfield has hitherto proved a tall order for the 29-year-old former skipper.

On matchday one, Kouyate got a rare chance to lead his country from the pitch. Albeit at another man’s expense...

The former West Ham man started on the bench for the Lions of Teranga in their AFCON 2019 curtain raiser against Tanzania. He must’ve been hoping to come on in the latter stages of that encounter. Kouyate was, however, called upon in the early on when Salif Sane succumbed to injury in the 24th minute.

Although he had to settle for a less familiar role, Kouyate was astute in ensuring Senegal keep a clean sheet.

Kouyate’s Senegal remains the team to beat at this year’s AFCON. Can anyone stop him?