How Fulham’s defence have turned around their Premier League season

Scott Parker’s Fulham have mounted a strong challenge to maintain their place in the Premier League in recent weeks. After looking a dead-cert for relegation early in the season, the Cottagers now sit in the drop zone only on goal difference, with recent form considerably stronger than the teams around them.

Amongst the main reasons for their turnaround is the restructuring of their defence. Parker’s backline was his key concern at the season's start, having shipped ten goals in the first three league games, scoring in just one of those. A team mainly made up of loan signings was struggling to work as a unit as individual errors plagued Craven Cottage. The lack of confidence amongst the squad was plain for all to see.

However, a combination of positive tactics from the manager and a complete transformation defensively have seen Fulham rise from the bottom of the table, taking points from Liverpool, Everton, and Tottenham Hotspur in the process.

The arrival of Tosin Adarabioyo on a permanent deal from Manchester City on transfer deadline day was a key moment in the transformation. The centre-back arrived when Fulham had lost their opening five games, conceding 12 goals. Since his arrival, Fulham has only lost by a two-goal margin twice – to his former side City, and to Leicester City. In his 23 games so far, Tosin has made a total of 124 clearances, 66 of those with his head, 25 tackles, and won 65 aerial duels. Considering Fulham started the season with five-foot-eight full-back Denis Odoi filling in at centre-back, the six-foot-four aerial presence of Tosin has been a key factor in changing their fortunes at the back.

The form of on-loan centre-back Joachim Andersen is also an important factor. The 24-year-old arrived on a season-long deal from Lyon also on deadline day and has impressed ever since. Earning the captaincy and drawing comparisons to Jan Vertonghen. Andersen has made an average of 5.4 clearances per game since his arrival and has helped Fulham to nine clean sheets in his five months at Craven Cottage. His showings against the likes of Spurs and Liverpool have resulted in transfer speculation to those teams, and the Danish international has proved to be a commanding presence at the back with his comfort on the ball also standing out.

Tony Khan
TonyKhan
Follow
I apologize to @FulhamFC supporters for our performance tonight. We've looked to add centre-backs since Wembley, I'm sorry we haven't yet as 2 got COVID + we lost a Free we thought was close + had another issue with a 4th CB. I promise players in + better efforts from this squad.
Follow
19:43 PM - 28th Sep 20
1119
11122

In many ways, transfer deadline day has saved Fulham’s season. Co-owner Tony Khan took to Twitter in late September last year to apologise to fans for the team’s displays, revealing he had been trying to sign a centre-back since they were promoted to the Premier League and that their moves for four targets were thwarted.

However, the two centre-backs Fulham eventually managed to secure late in the day have made all the difference. Another on-loan defender, Ola Aina, has made all the difference, with his versatility a major contributing factor to the turnaround. Nigeria international Aina arrived on a season-long deal from Torino in early September and has since filled in as a centre-back in a back three as well as his preferred position as a wing-back. The former Chelsea youngster’s link-up with Ademola Lookman has been a consistent outlet on the front foot, but his defensive work filling in wherever required has been incredibly useful for Parker. Antonee Robinson has also been a constant outlet from wing-back, with Bobby De Cordova-Reid impressing in the position as well.

Parker’s switch to a back five for Fulham’s 2-1 win at Leicester City was the turning point for the defence. Reid and Robinson played as full-backs with Aina, Andersen, and Tosin at the heart of the defence, allowing Fulham to have at least five men behind the ball at one time to nullify Leicester’s threat from attacking midfield. The system has been employed on several occasions since, as well as a 4-2-3-1 with a pivot of Harrison Reed and either Mario Lemina or Andre Zambo Anguissa. The latter system includes both deep midfielders dropping in behind the ball in the defensive phase, so Fulham have at least six men behind the ball, proving incredibly difficult to break down. 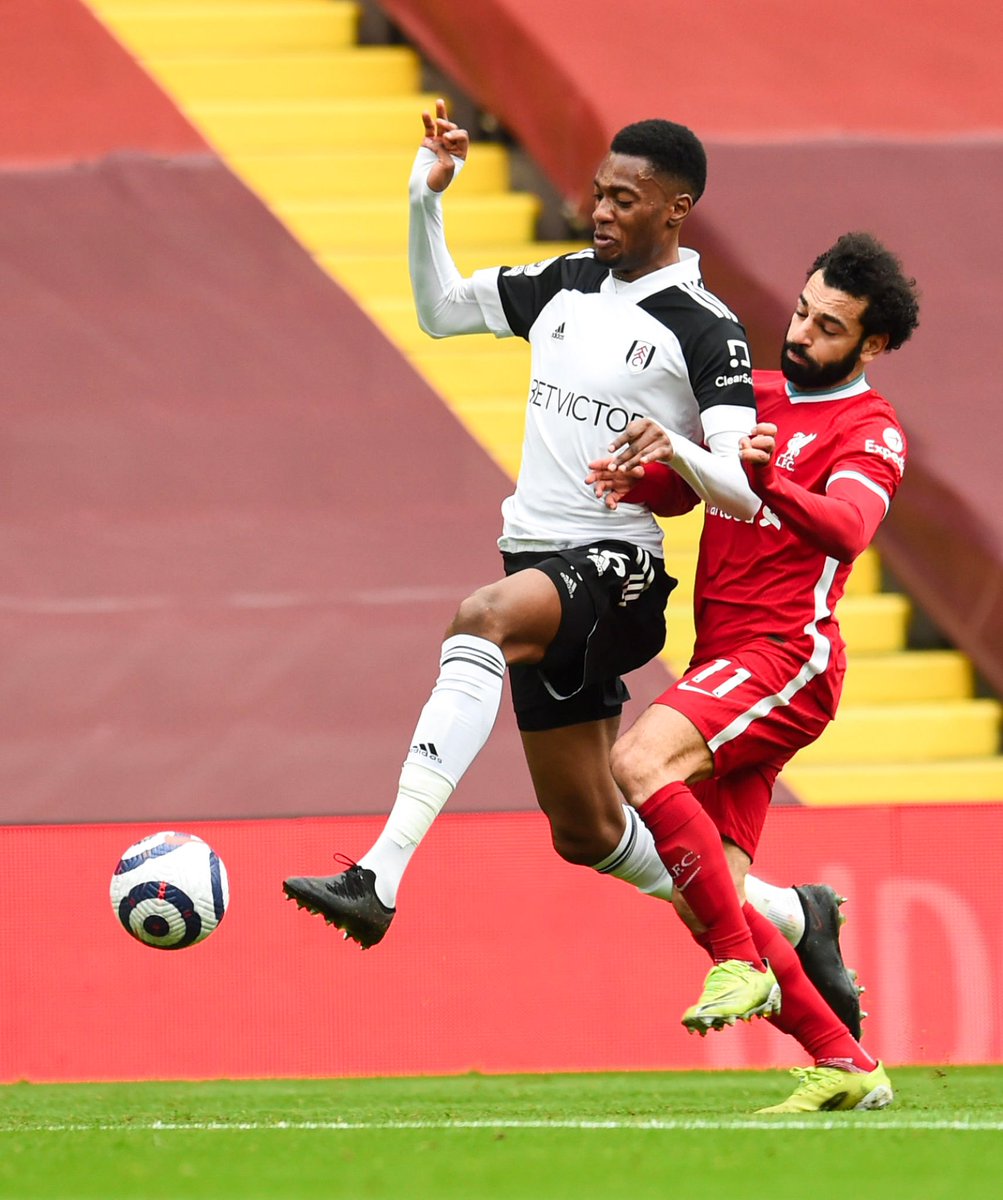 Top work from the team today. Happy with the clean sheet and a finely executed plan. The fight continues next week...

Goalkeeper Alphonse Areola was a surprise signing on loan from Paris Saint-Germain, but his quality has shone through since the switch. The 28-year-old has made 89 saves in his 27 Fulham appearances this season, often providing a solid last line of defence when the compact system in front of him is stretched.

Fulham’s ability to defend the lead using this solid defensive system has also been a significant factor. Parker’s side have lost just once after going behind in the league this season. The mental strength in the squad for a team fighting relegation is the underlying factor behind all of these reasons for Fulham’s turnaround in form. Players have consistently mentioned a ‘full belief’ that they will stay in the Premier League in interviews, and this has shown in their performances on the pitch.

Much, in a relegation scrap, depends on the results of other teams. Fulham have showed that they will put up a fight until the very end to keep their place in the top flight and look to be taking control of the battle to stay in the Premier League.