If Gattuso isn't Italian for intense passion it should be. The stocky former midfield destroyer-cum-manager has AC Milan playing as it used.

The Rossoneri everyone remembers turned up at the Stadio Olimpico in the Eternal City midweek. Gattuso's enervated side took in-form Lazio to a penalty shootout in the Coppa Italia. Five forlorn Eagles lined up to take their spot kicks against Gianluigi Donnarumma, likely beaten before they began.

Lazio are the highest scoring team in Serie A this season. Gattuso's tactics managed to keep them quiet for 210 minutes. Next, the Rossoneri face six-time-defending Scudetto champions Juventus in the Coppa final.

The gritty triumph symbolises the marked improvement in the squad since Gattuso assumed responsibility in November. Milan are now unbeaten in their last 13 matches. It's their best run since 2009. No one expected the new boss to deliver silverware to San Siro so soon, but he's just a match away from accomplishing the deed. Just a quick reminder, his team hasn't conceded a goal in the last 584 minutes.

Under Vincenzo Montella, the roster seemed as disinterested as Arsenal's this season. Nothing and nobody worked. All the summer reinforcements struggled, including the heralded Leonardo Bonucci. They surrendered the first point Benevento Calcio had managed in Serie A after 13 other sides had kept the Witches spellbound. In short, they played like a Championship side.

What has sparked the new magic? As soon as he arrived, Gattuso decided the three-at-the-back formation didn't get enough from Bonucci. He shifted to a traditional four with the fullbacks going forward in possession.

Gattuso did have some managerial experience in Italian football's lower divisions and also managed the Rossoneri U19s. Although he has as yet failed to lift his team above the seventh-place position he inherited, they are now level on points with Sampdoria for the final European place. After a slow beginning, there has been a drastic improvement in the side. Gattuso has won seven, drawn three, and lost just two in Serie A since assuming the reins.

Montella was often faulted for tinkering with his roster week in, week out. Gattuso has nine regular starters in his eleven, with injuries and the need for rotation affecting the other two places. Milan took 20 points off 14 matches in the league when Montella managed, Gattuso has 24 in 12.

No one can say Gattuso is not passionate. He has not grown reticent now that he is limited to the technical area. Thrice European champion Milan missed someone who understood what it is to put on the shirt.

”Milan is not about the players. Milan is a history which goes on since over 100 years. The person representing the team has to respect its history and society.” 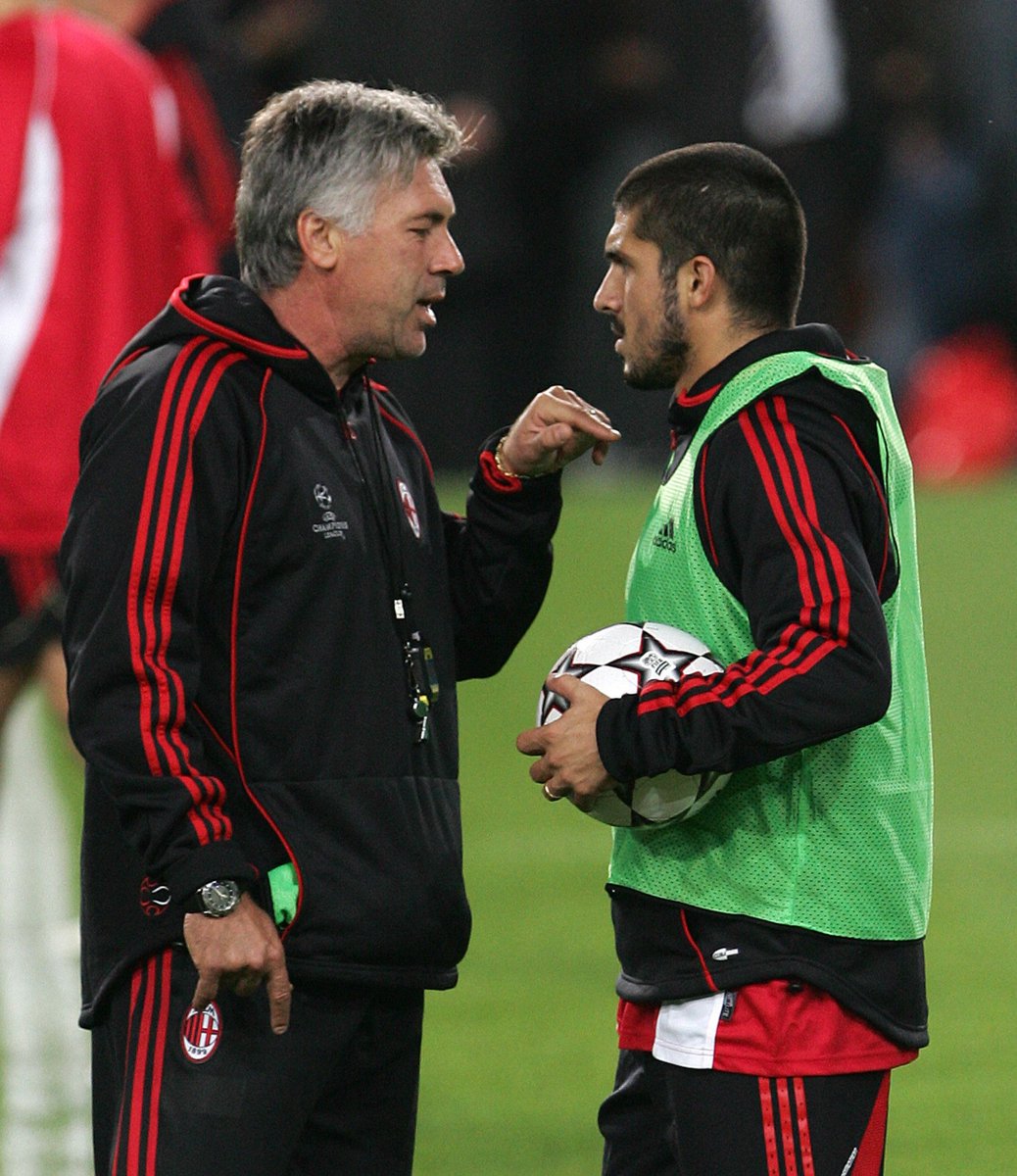 Gattuso's formation works because it is founded on more dynamic transition and fluid positioning than a possession-based 4-3-3. Club captain Leonardo Bonucci and Alessio Romagnoli are the center-backs. David Calabria is the right back, Ricardo Rodriguez the left. Although it took several matches, the group is now in complete unison. They are excellent at springing the offside trap.

Under Gattuso, the Rossoineri tend to attack from the right flank or centrally. They work the ball around the carpet in the opponent's third. With Nikola Kalinic injured, Patrick Cutrone has been the striker. Goalless Andre Silva rarely gets a look.

The connection between Hakan Calhanaglu and Giacomo Bonaventura has improved dramatically. Gattuso's work with them may be his most significant contribution to the team. Bonaventura is a typical Mezzala, overlapping the Turk, drifting wide, and putting crosses into the box. Hakan operates similarly, as a wide playmaker on the left. He often sets up behind the striker, and to the left in the manner Alexis Sanchez prefers. His positioning creates tremendous opportunities from distance for the other midfielders.

Franck Kessie plays as a lung-busting box-to-box midfielder covering immense territory courtesy his stamina and physicality. Lucas Biglia operates as a regista in front of Bonucci and Romagnoli springing the counter with accurate long balls and dictating the play when in possession. The Argentine constantly presses the opposition, always trying to win the ball. With Gattuso preferring him to Riccardo Montolivo, Biglia's presence has sparked both Bonucci and Hakan. Gattuso has made the midfielder the heart of his team.

The journey from Milan's youth setup to senior boss may have been romantic for the gaffer, but this is now Rino Gattuso's Milan. There is no sweetness and light to it. Other teams should understand and expect a fight. Be wary, Mr Wenger. Very wary.