When Jurgen Klopp first arrived at Liverpool, the Reds were struggling - just as they had been throughout the Premier League era. The Anfield outfit were obviously the club everyone joked about, having not won the trophy since it's inception in 1992. The infamous Steven Gerrard slip further fueled the memes... Klopp’s first few months were labelled with the same failures, thanks to Liverpool losing both the League Cup and the UEFA Europa League final, immediately earning the ‘bottler’ tag.

The football Liverpool played sure was ‘heavy metal’. The Merseysiders couldn’t hold on to leads, struggled to control games and more often than not, played into the opposition’s hands by going all-out attack. But now, Liverpool has become the masters of the exact opposite; displaying high footballing maturity to get over the line at any costs. Not flashy, not beautiful, but effective. The player who sums that up perfectly? Jordan Henderson.

Now aged 29, Henderson has become a key cog in the well-oiled Liverpool machine. He does the basics well and always leaves his heart on the pitch. Though Naby Keita is infinitely more talented, Alex Oxlade-Chamberlain certainly more deadly in the final third and James Milner more experienced, it's always Henderson who gets the starting berth.

Liverpool #14 has an unmatched intensity and work ethic, covering every blade of grass, enabling Liverpool's front three and also allowing their full-backs to bomb forward. Henderson also excels when it comes to doing the dirty work. Against Crystal Palace, the Three Lions midfielder won six tackles against Crystal Palace - more than any other play on the pitch.

The 29-year-old also ranks amongst the highest for distance covered in the Premier League while being an efficient recycler of possession. His role under Klopp has changed, too. Henderson began as a traditional #6 at the base of midfield but had that spot taken away by the incoming Fabinho whose grown into the role as a Liverpool starter. Did Henderson throw in the towel? Absolutely not. His determination powered him through, just as it did when Brendan Rodgers joined and admitted he'd be open to letting the Englishman leave all those years ago. Now, he's Liverpool's captain.

🏆 @RorySmith: 'It's hard to write off a #UCL winning captain'

Back in January, Henderson had a conversation with his manager about being deployed as a true box-to-box midfielder; a role in which he had played successfully for England over the years. The thought behind it is simple. Henderson's biggest attribute is his unmatched energy, allowing him to burst into the final third so why not utilise that key asset wherever possible? In the very next game, Liverpool were losing away at Southampton. The 29-year-old would be unleashed off the substitutes bench in his new role. He'd provide the spark, tack on an assist then go on to score the match-winner - keeping Liverpool alive and kicking in the title race in the process...

It's his willingness to work that makes Henderson and the team so successful. Playing on the right-hand side in the 4-3-3 allows the 29-year-old to drift outside. In turn, that gives the brilliant Mohamed Salah space to cut inside, while also offering support (both offensively and defensively) to an ever-improving Trent Alexander-Arnold. Again, looking back at this weekend's game against Palace, it was Henderson's doubling up on a confident Wilfried Zaha that helped Liverpool stifle Crystal Palace. As soon as the Englishman was substituted, The Eagles began to mount a comeback. Coincidence? I think not.

Liverpool's squad, particularly in midfield remains so deep and that's why Henderson often finds himself being replaced in the second half. Not many captains would display exemplary attitude despite being substituted off with regularity. Again, it's the mark of the man, it displays what a brilliant leader he is. Henderson knows it's not just about himself, but instead, helping the team get over the line. When the stakes are at their highest, he's always the one stepping up to the plate. Henderson's a big-game player. 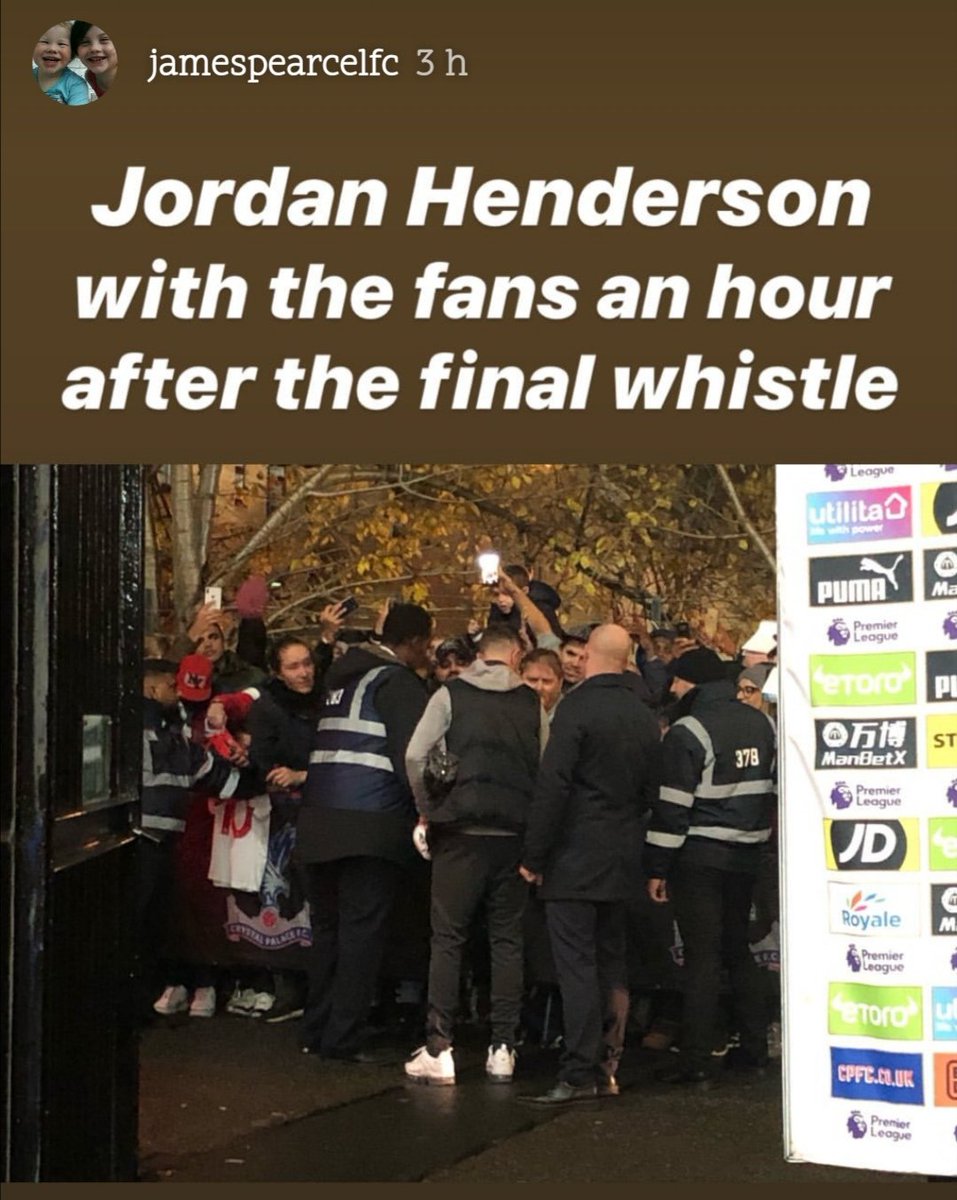 The midfielder has perfectly mirrored Liverpool's and Klopp's growth over the past few years. All three parties have helped each other along the way and they're now rising as one. The sole objective is to be ruthless and win by whatever means necessary. Sometimes, you need Henderson's simplicity in this complex footballing world. His IQ, movement and sheer willingness to get the victory is partly why this Liverpool team is so successful.

Liverpool are now entering their most difficult phase of the season. The hectic winter period is always a busy time, but for the Red Men, it's even more so. Participation in both the Club World Cup and Carabao Cup, plus some tricky Premier League fixtures along the way make it all-the-harder. There's absolutely no doubt that Jurgen Klopp will turn to his main man Jordan Henderson in the high-pressure situations. He's the leader who knows exactly what it takes.