How long can Barcelona be patient with Ousmane Dembele?

Barcelona's slow start to the season has everyone talking, though improved performances in the past few games are helping to regain the trust of supporters. The Blaugrana sit atop the La Liga table at the moment while already having secured their passage into the knockout phase of the Champions League. Nevertheless, the club still has a problem; Ousmane Dembele.

A lot has already been said about the French winger. His struggles at the Nou Camp are well-documented. Dembele is yet to justify Barca's decision to splash £105million on his acquisition. Originally signed as a replacement for Neymar, the winger is far from delivering on that promise. His Barca career has certainly produced more questions than answers.

While concerns over his poor attitude and lack of professionalism have cooled off in recent months, the injury nightmare, which has prevented him from finding his feet since he switched to Catalonia, has refused to go away.

The crisis struck again when he took to the pitch to represent the Blaugrana as they locked horns with his former club, Borussia Dortmund, in the Champions League on Wednesday night. The Frenchman was forced off the pitch after just 24 minutes due to yet another injury setback.

Barca's medical team confirmed that Dembele suffered a muscle tear to his right hamstring, ruling the Frenchman out of action for ten weeks. Rather unfortunately, that was his sixth injury this year. Coupling that with the previous term, Demebele's now had nine layoffs in just two years in Catalonia.

Los Blaugrana's intention is clear. The club rates Dembele's talent very high and want him to develop into a mega-star. It is the major reason he has been kept despite the challenges all these years. However, having waited for so long and there are no signs of improvement, Barca are already running out of patience. 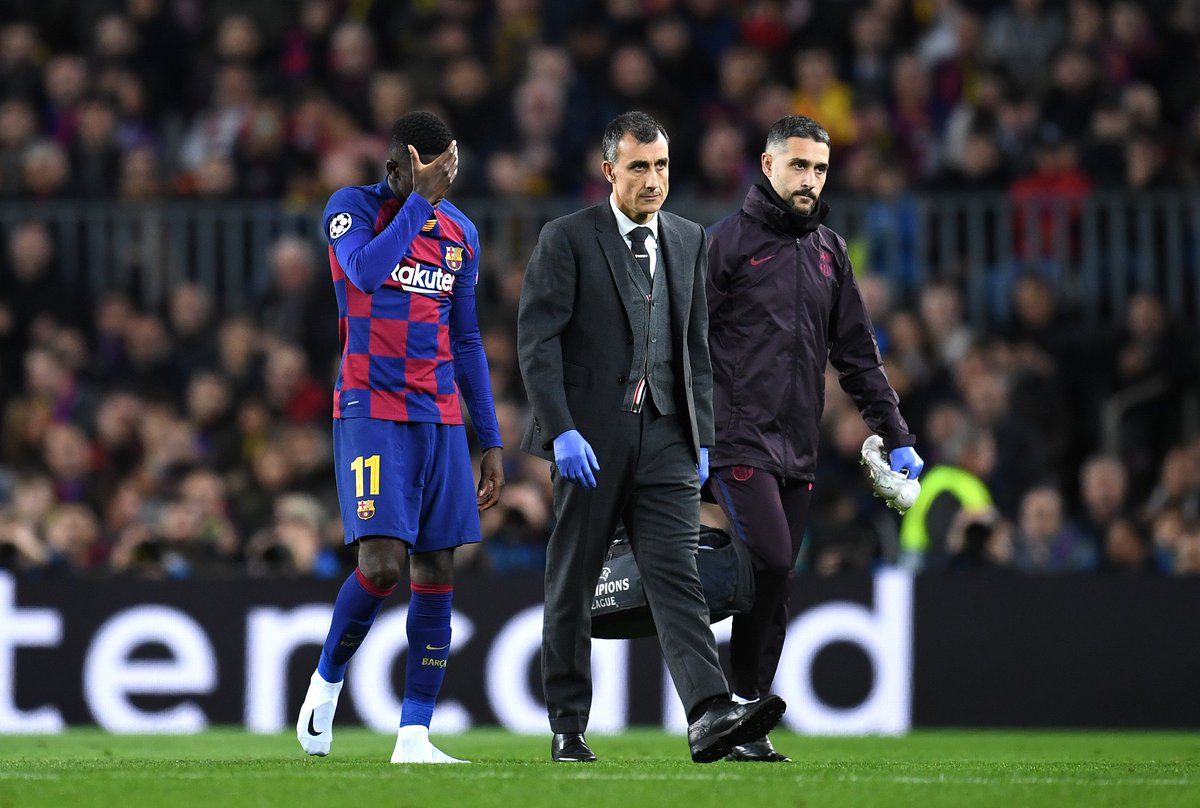 The players are fed up with the situation. Following a recent setback, Luis Suarez called on the medical team to help the Frenchman to overcome his recurring injury issues. Clement Lenglet and Gerard Pique have also taken turns to express their frustrations in recent weeks.

The fans are also losing hope. The excitement and anticipation that followed Dembele when he arrived in Catalonia aren't there anymore. It is easy to see the frustration in the faces of the Cules. At this stage, the club and the player need to find a solution that'd favour both parties.

It must be acknowledged that the Frenchman is a huge talent with immense potential. But, given that his struggles have refused to go away, it could be best for Barca to part ways with Dembele and cash in while they can. The Blaugrana already have a world-class attacking setup, with Antoine Greizmann joining Lionel Messi and Luis Suarez up front. Teenager, Ansu Fati has impressed us with his efforts this season. Carles Perez is also making a strong statement.

A prospective return of the prodigal son, Neymar, is also on the cards. If the Brazilian returns to Camp Nou, keeping Dembele would be to nobody's benefit. We all know Barca's financial situation at the moment. Selling the French winger would help to raise funds for the Neymar deal, while clear some space on the wage bill to accommodate the Brazilian.

For Dembele, that could also be beneficial. It appears his future isn't in Catalonia, with regards to the ill-luck that has struck him since he arrived. Trying his fate elsewhere could help his career. The attacker won't be short of options. The likes of Bayern Munich, Arsenal and Paris Saint Germain were all linked with signing him during the summer transfer window. Now could be the right time to move on.

Keeping him is still a possibility, though. But, that'd only be relevant if Barca's medical team can step up and come up with a solution to his recurring injury problems. Otherwise, there could be bigger disasters ahead.