How Rafa Benitez can win over Everton fans

Rafa Benitez was warmly welcomed by Everton fans on his arrival. Bedsheets of appreciation adorned Goodison Park, with kind words such as ‘f*** Rafa’ and ‘Benitez not welcome’ lovingly pasted across.

In all seriousness, the Spaniard has a massive job to get the Evertonians on his side after becoming the first manager to take charge of both sides since William Edward Barclay in the 1890s.

The rivalry between red and blue on Merseyside is one of the most intense in world football. Households are split between the two clubs. Domestic arguments are centred on the rivalry. Many Evertonians never wear red. Some even go so far as not to use catsup. They are the picture accompanying 'tribal' in the dictionary.

It takes a brave man indeed to cross Stanley Park. Rafa is clearly prepared to take the torrent of abuse coming his way. His family have been settled on Merseyside since his stint with Liverpool some 11 years ago and he has flirted with this job before. When Marco Silva was dismissed in 2019, the 61-year-old appeared on Sky Sports' Monday Night Football to clarify comments he made following a Merseyside derby, in which he referred to Everton as a "small club". He apologised for how his comment was misconstrued, insisting he meant that David Moyes had fewer players at his disposal. Some Evertonians have yet to accept that apology and may never do.

Whispers behind the scenes indicate the decision to appoint Benitez, strongly opposed by fans, was heavily influenced by majority shareholder Farhad Moshiri rather than Director of Football Marcel Brands. Rafa's desire to join the Toffees was reportedly poured out to Moshiri on a yacht off the coast of Sardinia. In other words, from a safe distance.

The ever-increasing chasm between Premier League owners and fans has never been more prominent than in the wake of the European Super League. Moshiri wasn't involved in that debacle, of course, but can't have missed the manner in which his colleagues subsequently kowtowed to their fanbases. In that vein, he took to talkSPORT to explain his managerial choice. The gist was that, while he listens to fans in "most cases", such as sacking Roberto Martinez and, later, not bringing back David Moyes, he believed it was in the club's best interest to disregard supporters' bias in this instance.

He had reason to ignore his paying customers. Benitez was the most decorated manager linked with Everton following Ancelotti's decision to pack up his umbrella and chaise lounge and leave the beautiful beaches of Crosby for landlocked Madrid. In fact, Rafa's CV is one of the few in the world that can be said to rival the Italian's. Benitez has won trophies in England, Italy and Spain. Among his managerial honours are a [cough] Champions League title, two Europa League titles, a UEFA Super Cup, a FIFA Club World Cup, a Coppa d'Italia, FA Cup and, perhaps most notably, one of the few La Liga titles not won by Real Madrid or Barcelona. 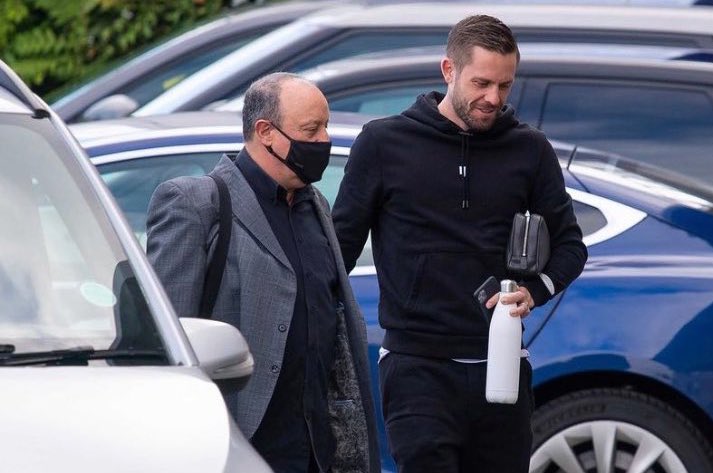 On the other hand, Rafa joins Everton on the back of two fruitless years in China with Dalian Yifang, a club situated as far as possible from his three years of limited Premier League success and interminable suffering with Newcastle United. To be fair, however, he showed the world something during his quiet feud with Toon owner Mike Ashley, namely the rare sense of professionalism to go down with the club after he couldn't save them so that he might guide them back with a Championship title. Be that as it may, most Everton fans would say his best days are behind him. He's here to prove them wrong.

The Spaniard's in-tray will be enormous. With the same fetish for detail as Leeds boss Marcelo Bielsa, Rafa claims to have already carried out a full audit of the playing squad. While he can't have been encouraged by the mish-mash of failed projects, his first major task will be convincing James Rodriguez to stay. The Colombian confessed that Ancelotti was the major reason behind his Goodison Park move and, having been snubbed by his national side for this summer's Copa America, may now feel he needs to be at a more prominent club. Richarlison was picked by Brazil and has made some noise in the tournament with a goal and an assist for Brazil. He told reporters Ancelotti had persuaded him to stay for one more year, last summer. If Benitez can retain both players, he will be well down the road to a successful debut.

Ancelotti was one of the major attractions of Everton for players seeking to move clubs in 2020. Benitez must prove he still commands similar respect. Everton require several new additions and bringing in a Newcastle player or two, with the greatest respect to fans on Tyneside, will not suffice.

A strong start to the season is imperative. Evertonians held back on criticism of Ancelotti during tough periods becauseas they trusted the manager. Rafa Benitez will not have that luxury. A relatively kind run of fixtures opens the Premier League season with home games against Southampton and Burnley bookending trips to Leeds and Brighton before games against Aston Villa and Norwich. If he loses even one of those matches, the baying will begin. However, should Everton begin the season as they did the last, sitting pretty at the very top of the league, perhaps a few doubters will reconsider. Only a few mind.

To borrow one of the man's favourite words, the simple fact is Rafael Benitez Maudes has his work cut out taking charge of Everton Football Club.