Can Tyler Adams fill the Demme void at RB Leipzig?

Most observers believed Diego Demme was critical to RB Leipzig's title challenge. Then the Bundesliga club sold their defensive midfielder and vice-captain to Napoli in mid-season...

However, on the flip side, this shows their faith and confidence in 20-year-old Tyler Adams. Bought in the winter market last year, his seamless transition from Major League Soccer to Bundesliga is exemplary. He made eight starts for the Roten Bullen, including one in the 0-3 loss to Bayern Munich in the DFB Pokal final. His performances concluded he the best player in the second half of the season. Adams could've undoubtedly made more appearances - but was injured for seven weeks as Leipzig finished 8th.

At the start of this campaign, Adams was sidelined due to persistent groin complaints which kept him out until Demme's departure. Since his return, he has three games under the belt. Ethan Ampadu, on loan from Chelsea, Kevin Kampl and Amadou Haidara were reported as possible replacements for the outbound Demme - but Adamd' recovery was well-timed.

The New Yorker is extremely versatile. Other than being deployed in the midfield, Julian Nagelsmann uses him as a right-back to give cover to Lukas Klostermann who is injured, but Nagelsmann should plan towards using him as a #6 in the long-term. USMNT boss Gregg Berhalter agrees.

Nagelsmann has used a variety of formations this year, going back and forth between 4-4-2 and 4-2-2-2. On paper, both are different but Leipzig's style changes with opponents. Against deeper blocks, they play a 4-4-2 with Christopher Nkunku and Marcel Sabitzer stretching defences. Against more liberal sides, Leipzig narrow it down with an indirect approach. Going forward, the best-suited formation would be 4-2-3-1 for the former Hoffenheim manager. 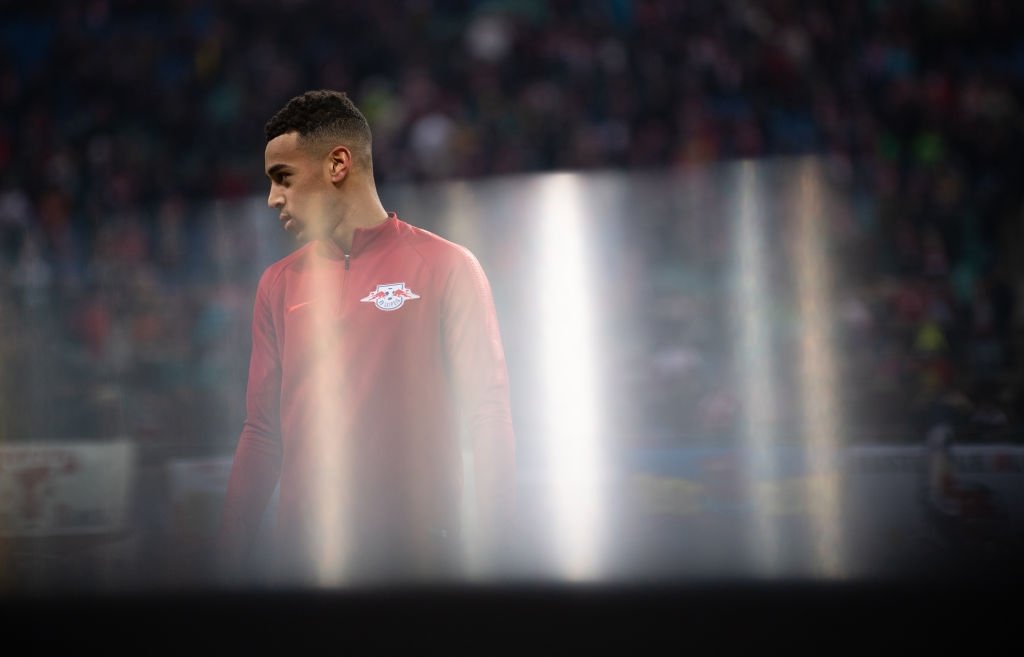 WIth Dani Olmo's arrival, things will change and Leipzig will need a solid defensive-midfielder to attack relentlessly. Adams fills the purpose. Standing at 5'9, he can bully his opposition with correct timing nailing down every aerial duel. His strong work ethic and able to read the game intelligently make him an active threat. Adams is a tenacious tackler, but neat while his ability to read the game allows him to cut passing lanes and occupy empty spaces.

Against Union Berlin in a 3-1 Bundesliga win, Adams was fielded in a 4-2-3-1 alongside Konrad Laimer. He put in a solid 86 minutes running tirelessly, winning the ball back and spraying passes all over the pitch (69 passes with 85% accuracy).

Adams' passing is as accurate as Demme's, though he plays the ball with more purpose. His intelligent movement to avoid the press, while always being a passing outlet is always welcomed by his teammates. While another key Demme trait was his long-ball effectiveness. Again, this is something that the 20-year-old excels at.

Adams betters Demme in regards to attacking. He is just not restricted to being a defensive dynamo on the pitch - but is also the most omnipresent player going forward His feistiness has made him a firm favourite at Red Bull Arena and although you may feel that Adams' combative nature and willingness to go forward leaves the defence vulnerable. It doesn't as this boy has an unbelievable engine.

The way that the club parted ways with the only player apart from Marcel Sabtizer who has been with them since the days where they played in the third tier is brave. Adams will definitely get numerous opportunities to make a legacy and prove that letting Demme go was the right move. The only concerning thing is the injuries. In his short spell in Europe, he has missed over 170 days and 22 games of football [Transfermarkt]. Let's see if he can overcome those issues and showcase his talents.