How will Rangers spend their summer?

Throughout Scottish football history, the domestic scene has largely been dominated by Glasgow sides Rangers and Celtic. For years, the pair would take turns in winning the division while every other side just watched on in awe...

That all changed after Rangers' last title in 2010/11. While things went well on the pitch, the financial ship was on a collision course off it. Just a year later they finished in second after having 10 points deducted from entering administration - before they were unceremoniously thrown out of the Premiership and started 2012/13 in Scotland's fourth tier.

It has been a long way back for Rangers, but this term was their third in the Scottish Premier League as they look to challenge their old enemy once again.

Rangers participated in the main draw of a European competition for the first time since their relegation and, although they exited the Europa League in the group stages, navigating the qualifying rounds was no mean feat. They fought bravely in a tough group featuring Villarreal, Rapid Vienna and Spartak Moscow, but could only manage a third-place finish.

Domestically, their 78 Premiership points was the most they have managed in a top-flight season since their return, and a second-place finish was their highest league position in almost a decade.

They were still nine points behind Celtic, though, who completed an unprecedented ‘treble-treble’ despite Neil Lennon replacing the Leicester City-bound Brendan Rodgers partway through the year. There is a lot of catching up to do if the Ibrox club is to truly rival the Hoops once more, while manager Steven Gerrard will be looking to dip his toes into the water in an attempt to close the gap.

The 39-year-old hasn't wasted any time so far. Northern Ireland international Steven Davis has been recruited after his contract expired at Southampton while Jordan Jones and Jake Hastie have also arrived on free transfers from Kilmarnock and Motherwell respectively. Liverpool has also agreed to send Sheyi Ojo to the Gers. Fans will be hoping he fares better than Ovie Ejaria did in 2018/19.

One of the more pressing situations is that of Ryan Kent. The Liverpool youth product spent last term on loan at Rangers, at the end of which he won the PFA Young Player of the Year award for his impressive showings north of the border.

He has since returned to Merseyside leaving rather a large hole in Gerrard’s squad. It seems the former-England captain’s ingenious solution is to replace Kent with… Kent.

Yes, why take a risk on an unknown quantity when you can look to keep hold of players that you know? The Teddy Bears want to bring him back on a permanent basis and Liverpool are happy to sell, but the reported eight-figure sum is likely out of Rangers’ reach.

Interest from Leeds United and newly promoted Aston Villa, both of whom have bigger budgets, will also prove a stumbling block. If the Gers can find a buyer for Alfredo Morelos, however, then this could all change.

The Colombian was the league’s top scorer in 2018/19 and has caught the eye of many across Europe with his match-winning displays. His shocking disciplinary record, however, is off-putting and will possibly drive down his value lower than his ability perhaps deserves.

Getting a good price for the prolific forward is of paramount importance, as is replacing him. Rangers could not simply go ahead and blow the lot on Kent. Taking Morelos out of the team removes goals, and they will need to replace them if they have any hope of domestic glory. The end of Jermaine Defoe’s loan spell in Glasgow only further adds to the problem.

Nottingham Forest forward Karim Ansarifard is the man reported to top Rangers’ shortlist of targets should the Colombian leave. The Iranian international has had a tumultuous time at the City Ground but finished the season in strong form. The Scottish side would face competition from other clubs in Europe to sign him, mind. 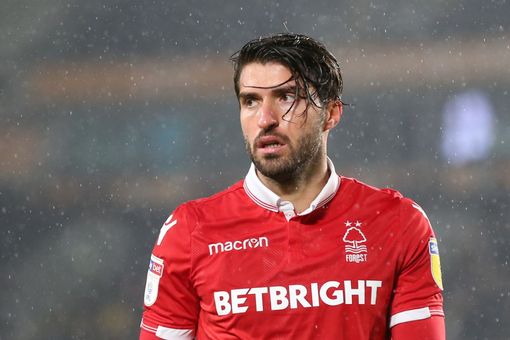 Defensive recruitment will also be on the agenda this summer. For weeks rumours have hinted at a Rangers move for Oldham Athletic starlet George Edmundson. The 21-year-old is highly rated and would represent a realistic and inexpensive option for Gerrard.

Similarly cheap would be a move for a free agent. Wales international Ashley Williams is out of contract at Everton and would provide experience and quality to the Teddy Bears’ back line - but his wages could provide a stumbling block.

Other freebie options include Gary Cahill, who is leaving Chelsea, and Connor Randall, a wide defender released by Liverpool who has SPL experience with Hearts. Gerrard will also know him well from his time as a player and, later, when he was U18s manager on Merseyside.

The good news is Rangers will probably have some room to manoeuvre when it comes to wages. Mexican pair Carlos Pena and Eduardo Herrera, which were earning around £50k per week between them, have since been moved on. This could provide the wiggle room to accommodate someone like Williams or Cahill who would both be coming with high wages from big Premier League clubs.

The gap to Celtic has been shortening with each passing year and Gerrard seems to have found his feet at Ibrox with a full season now under his belt.

The decisions he makes in the transfer market this summer could be the difference between catching their bitter rivals and a complete failure to capitalise on their growing momentum.