How will Tottenham Hotspur spend their summer?

As witnessed on Saturday night, not every fairy tale has a pleasant ending. Tottenham Hotspur learned that the hard way in Madrid. There was little drama in the Champions League final; no surprises, nothing unusual, no comebacks. It failed to live up to what came before it. In a sense, that's fine. How Spurs got so far, though, is a question beyond any science. Some like to argue they didn’t deserve to be there in the first place. I think that’s harsh.

Taking into account the circumstances, Tottenham have clearly overachieved this season. The term ‘overachieve’ may seem a bit exaggerated as they haven’t won any silverware. In that regard, the manager, players and fans must all be disappointed. However, despite what many believe, success isn't just bringing home a trophy. Spurs can be immensely proud of what they did. Mauricio Pochettino reflected the exact same in his post-match interview after defeat to Liverpool.

Prior to the game, the Argentine suggested how a “miracle” victory would have been a perfect way to “close the five-year chapter and go home”. Now, this loss should act as motivation. Similar to their opponents, a side which felt the same pain a year ago in Kiev then made some drastic changes. Liverpool's improvement should sustain the idea that it is the start of something at the Tottenham Hotspur Stadium rather than the end.

Pochettino's been saying for a while that irrespective of performance toward season's end, Spurs have to begin a new project this summer. All those questions which were lingering around now need to be answered. What will the club do in this transfer window? How much money will chairman Daniel Levy allocate? Which players could arrive? Who's staying and who's leaving? 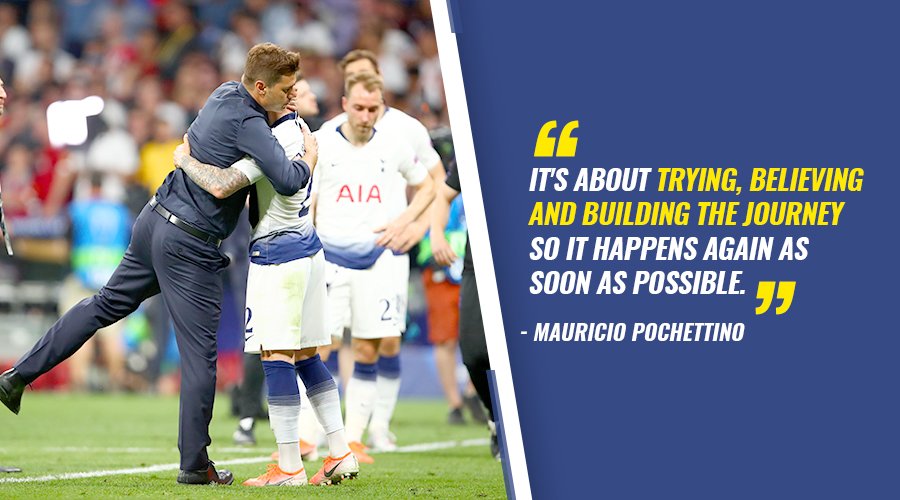 It's 🔛 to preparing for next season for Pochettino and #Spurs!

There's also the question of Pochettino. In recent interviews, he's failed to commit his future to Tottenham. Walking out on a five-year project without any silverware to show would certainly feel a little empty. Maybe the 47-year-old is just being deliberately ambiguous in order to force Levy's hand in the transfer market.

Pochettino has done a tremendous job improving Spurs. Fans can remain positive about the situation as there is no reason to believe he won't still be in charge when the new campaign commences in August. After all, he still has four years left on his current contract.

The club's transfer business isn't as easy to predict. When meeting with the Tottenham Hotspur Supporters' Trust in March, Levy assured fans that spending won't be affected by the £1 billion dished out on the newly-built stadium. The 57-year-old will be more than content with the club's Champions League performance, but despite that, Pochettino pointed out it doesn't mean the chairman will break the bank.

Spurs haven't signed a single player since January 2018. In that 16-month span, Pochettino has done a decent job of keeping key players to maintain the team's high performance. Now, though, it will be difficult or maybe even impossible to do so. English duo Harry Kane and Dele Alli are secured, but there’s a doubt regarding others.

Toby Alderweireld has been one of the Premier League's most consistent centre-backs since arriving in 2015. Such form alerted Manchester United last summer. The Belgian is contracted to Tottenham for another year but has a release clause of only £25 million. Christian Eriksen's deal is approaching its last 12 months, too. Top clubs have been eyeing the Dane for sometime. If recent rumours are to be believed, Real Madrid and Inter Milan are two potential suitors.

Furthermore, there are doubts regarding Tottenham's two regular full-backs. Danny Rose's future is up for speculation. Selling Kieran Tripper is reportedly also being considered, with Napoili the current  front-runners to land the right-back. 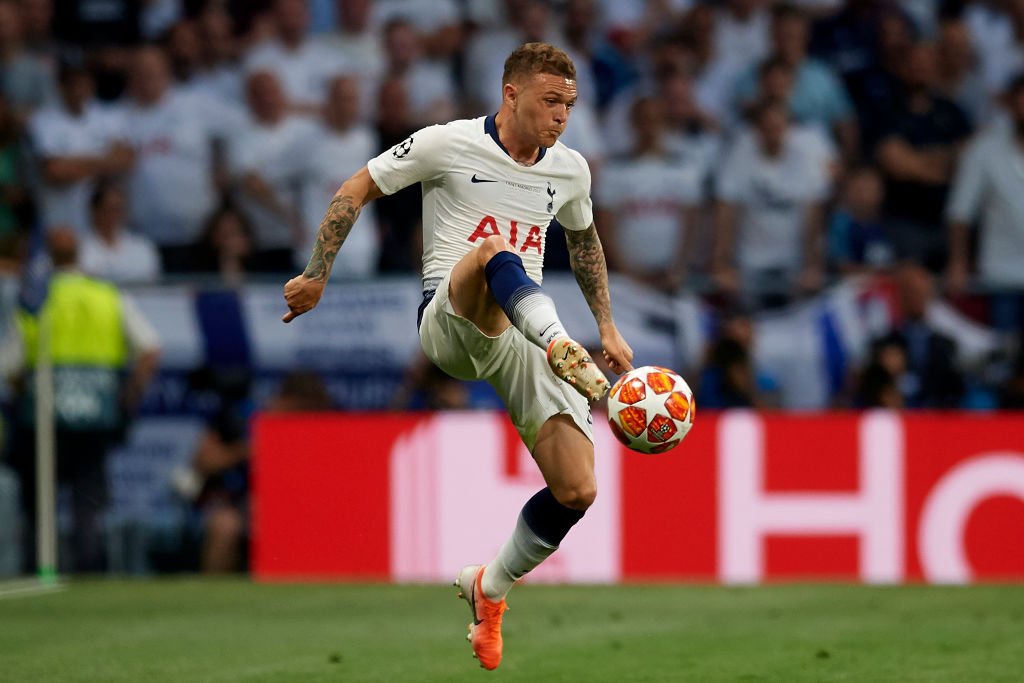 There’s an epic dilemma for Spurs at present. A huge spending spree seems very unlikely considering their debt. If the north Londoners want to generate some money then a few key players need selling. That would be a gamble because there’s no guarantee they will find replacements with the same level of experience. They'd have to settle for a compromise, buying younger players with potential and hope for them to deliver in the next two to three years. In that regard, Tottenham's priority should be a central defender. Their current established two centre-backs, Alderweireld and Jan Vertonghen, are both aged 30 or above.

Pochettino must also add a midfielder as this is the area where his side need more depth. According to Di Marzio, Tottenham have lodged a bid of around £60 million for Real Betis' Giovani Lo Celso. They've shown interest in Lyon's Tanguy Ndombele as well. However, signing either would likely mean breaking their transfer record, which currently stands at £42 million paid for Davinson Sanchez.

There are other possibilities. Although a deal for Jack Grealish looks to have collapsed after Aston Villa secured Premier League promotion, recent rumours link Spurs to several talents such as Fulham’s Ryan Sessegnon, Ajax’s Donny van de Beek and Paris Saint-Germain's Julian Draxler.

The expected ins-and-outs at Tottenham means their summer is likely to be somewhat revolutionary.