Mauro Icardi has transformed into a world-renowned striker during the past five years. Despite that, or in part due to, the 26-year-old’s time donning Internationale’s jersey seems certain to end this summer. Such a revelation demands answers. Why is he leaving? Which club might sign him? And most importantly, what makes the next destination crucial for his legacy?

Icardi broke onto the scene at Sampdoria before completing a move to Inter Milan for an eventual £11.5 million. In six seasons since, he’s notched 124 competitive goals while turning out on 219 occasions. Such stats helped him twice be named in Serie A’s Team of the Year. His prowess in dangerous areas was on show again this campaign, netting 11 times for the Nerazzurri in 24 league starts.

However, Icardi’s good is all too often accompanied by the bad. He’s widely known as one of the game’s ‘bad boys’. As well as having a few previous altercations with own supporters, a contract dispute has blighted his past five months. Not only did that lead to him being dropped from Inter’s first-team, but the frontman was also stripped of club captaincy in February. Then-manager Luciano Spalletti made his feelings clear at the time, telling reporters, ‘Let’s find an Inter fan and ask him if he likes a player negotiating to pull on the Inter shirt’.

Icardi’s woes extend to international level, too. His Nerazzurri uncertainty played a part in him missing out on Argentina’s Copa America squad, albeit he’s never been a constant fixture. Losing out to Sergio Aguero is understandable, but getting overlooked for both River Plate’s Matias Suarez and own club teammate Lautaro Martinez is less so.

Yet, achieving such status is improbable working under Antonio Conte. The Italian is tasked with taking Milan’s blue half to the top, a place they haven’t commanded domestically or in Europe since 2010. He'll have his own ideas of how to execute it. The former Chelsea boss will want players he can trust fully. Icardi misses the mark in that regard.

Conte has demonstrated before he’s not afraid to ostracise big-name strikers. During his time at Stamford Bridge, he took on Diego Costa and came out victorious. The Brazilian was sent packing back to Atletico Madrid. Icardi, then, should perhaps make life easier for himself by agreeing to leave the Giuseppe Meazza. His £98-million release clause is likely to be reduced due to Inter’s willingness to sell. To believe recent reports means he’s got several possibilities to choose from.

Should Icardi wish to remain in Serie A, Roma has shown interest. The Giallorossi’s main hitman for the past four seasons, Edin Dzeko could potentially be on his way out this summer. The Bosnian’s goals would need replacing. Especially as the side’s other major threats, Cengiz Under, Stephan El Shaarawy, and Diego Perotti all operate mainly in wider areas.

Roma, though, having failed to make next campaign’s Champions League, don’t represent a step up from Inter. Not like Juventus. The Bianconeri may not yet have a manager in place but they are actively seeking to reinforce their squad. As well as Aaron Ramsey already putting pen to paper, Paul Pogba could be set for a return. Icardi could make home in Turin, too.

Being Italy’s most-dominant team, Juve have much to offer. They’re determined to triumph in Europe after securing eight straight scudettos. Icardi’s presence would increase that likelihood. The Argentine has a better knack for goal and fresher legs than 33-year-old Mario Mandzukic. A deal to sign him could involve Paulo Dybala, who reportedly wants out of the Allianz Stadium. 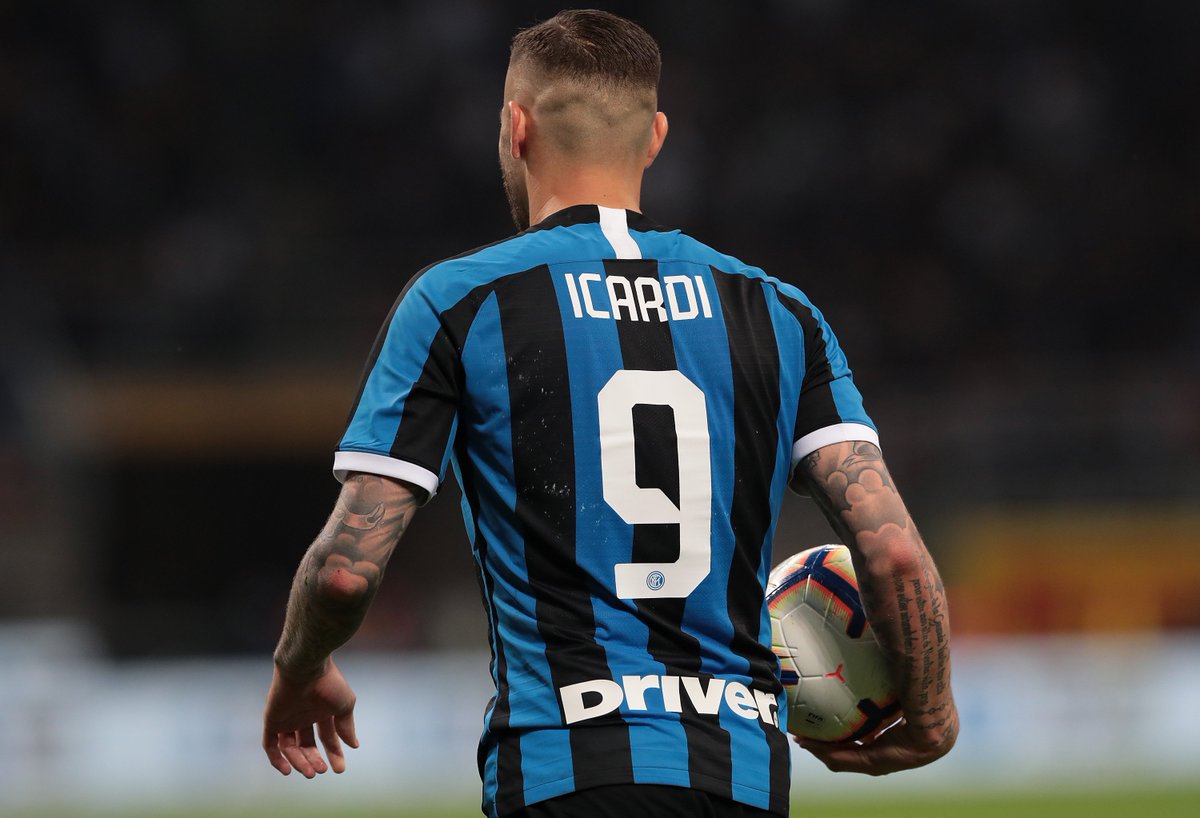 Goal
goal
Follow
Inter are hoping to offload Mauro Icardi this summer and are exploring the possibility of a swap deal with Juventus involving Paulo Dybala 💰 https://t.co/mreo2wkIjy
Follow
09:17 AM - 12th Jun 19
35
314

Icardi’s options abroad include potential relocation to Spain. Atletico Madrid requires a marquee signing to replace the outgoing Antoine Griezmann. At the Wanda Metropolitano, the Nerazzurri attacker would get the opportunity to work under fellow countryman Diego Simeone. He’d almost certainly better Alvaro Morata and Costa’s recent-season contribution, in which the duo recorded a paltry 11 goals combined in all competitions.

Another club paying close attention is Manchester United. Manager Ole Gunnar Solskjaer will have little time to prove he’s the right person to bring about success. The Norwegian often turned to Marcus Rashford up top in this campaign’s second half. Yet despite the youngster’s huge potential, he’s never proven the accomplished lone frontman which United are desperate for. Meanwhile, Romelu Lukaku’s Old Trafford future is in some doubt. Somewhat ironically, the Belgian is reportedly wanted as Icardi’s successor at Inter.

Whatever solutions present themselves, it’s imperative Icardi makes the correct choice this summer. He can’t risk fizzling out in Milan. His time there has run its course. It’ll be best for all involved to go their separate ways when the Serie A transfer window opens on 2 July.

If Icardi aspires to become one of the game’s elites as well as represent Argentina regularly, then he must join a big club which has genuine trophy ambitions. That means cutting his two-year Inter deal short to link up with Juventus, or possibly Atletico. Delivering for either those two teams will put the Rosario-born forward among the creme de la creme.