Could Iheanacho be the difference for Leicester City?

Kelechi Iheanacho moved from Belvoir Drive cold to a hot topic in less than a week. After his cameo match-winning performance against Everton, the Nigerian stepped forward again at Aston Villa. His renaissance could make the difference for Leicester City.

Iheanacho has endured a lot in his short career. In less than five years, he's ascended to the moon then crashed to earth. From winning the Premier League as a teenager at Manchester City, he scraped the barrel in East Midlands.

The Nigerian's knack for goals endeared him to City fans and attracted an ambitious Leicester board. He potted eight in 11 Premier League starts in 2015/16, the best goals-per-minute ratio of any player. Despite slipping to third choice, he still managed four strikes the following year, the same tally he reached in two seasons at the King Power.

Under new Leicester boss Brendan Rodgers, however, Iheanacho worked his way back into the reckoning at the King Power and by extension the Nigerian national set-up. Rodgers’ belief and the player's own hunger finally yielded dividends. Iheanacho now displays the same predatory instincts from his days at the Etihad.

Banished to the fringes, he took his chances when they came. Iheanacho waited till September’s end to make his first appearance in the EFL Cup, hitting the target barely 15 minutes after replacing Ayoze Perez.  It took another month for him to feature again. When he did, he gave his manager something to ponder with his second EFL Cup goal, this time against Burton. 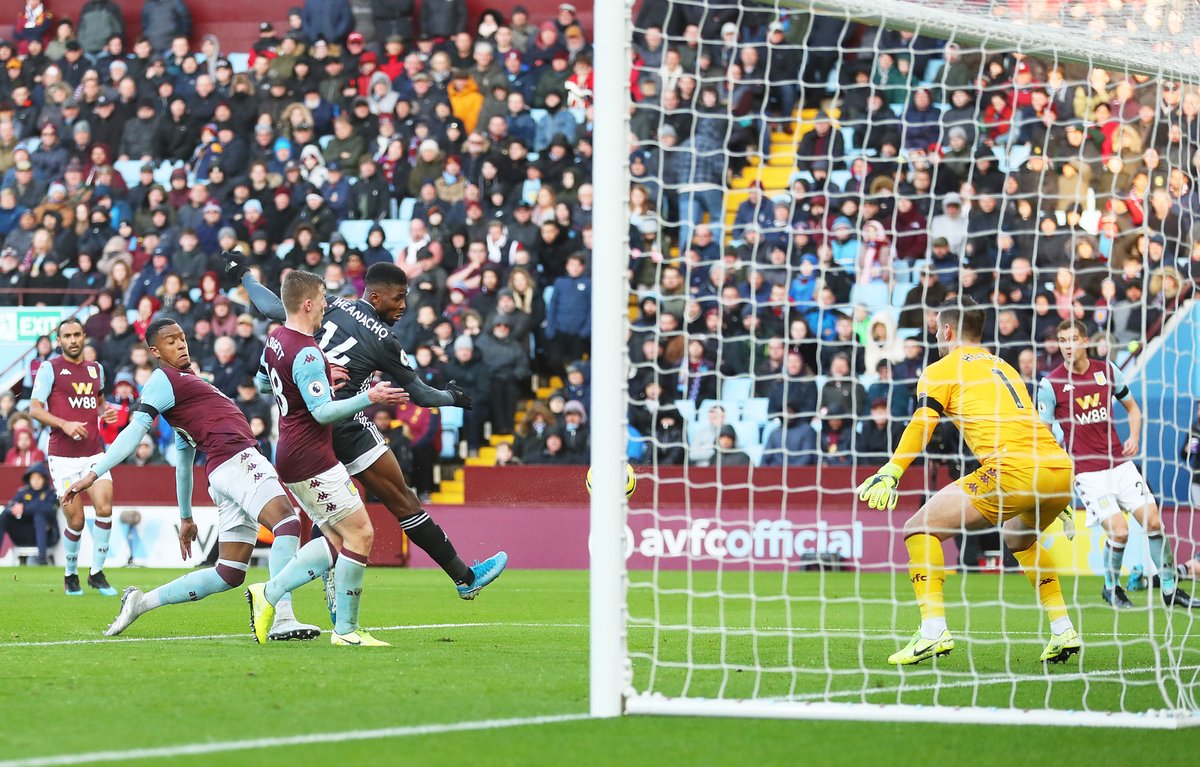 OptaJoe
OptaJoe
Follow
4 - Kelechi Iheanacho has scored in all four appearances for Leicester City this season, netting four goals - as many as he'd scored in his previous 42 matches for the club. Spark. https://t.co/ORbhGdlrkM
Follow
14:47 PM - 8th Dec 19
268
1045

Iheanacho drifted in and out the squad over the next two months. While the Foxes kept cracking up victories, Rodgers has no need to make changes. Then, staring at defeat against Everton, Rodgers threw everything he had at the Toffees, including the Nigerian. Kelechi laced the equaliser for Jamie Vardy before grabbing the winner himself.

Despite that impact, he returned to familiar territory against Watford in midweek. Little did we know that Rodgers intended to pair Iheanacho with Vardy in the Premier League for the first time since October 2018. They were nothing short of magnificent, with the Nigerian showing pace, aggression, accuracy and the light touch that had long eluded him.

If anything, Rodgers displayed flexibility. After deploying a 4-3-3 throughout the campaign, the manager switched to a diamond system with Vardy and Iheanacho supported by James Maddison. Wilfred Ndidi enjoyed Dennis Praet and Youri Tielemans as company in the middle of the park. With the Nigerian firing, Rodgers can easily switch systems when things don't go his way.

Having started his career as a second striker, Iheanacho is skilled at unlocking defences with inch-perfect passes. He's already helped Vardy twice in the last two matches, more often than Perez and level with Harvey Barnes. Vardy’s speed and perseverance are complimented by Iheanacho’s skilful link-up play and foresight.

Even if Rodgers opts to hold onto his most-trusted system, Iheanacho is now another source for goals. Despite their acknowledged work rate, consistency in the final third remains a bane for wide men, Ayoze and Barnes. While the Spaniard owns four league goals, three taken in one October game, Barnes claims just the one.

Finally buoyed rather than weighed down by expectations, Kelechi Iheanacho could make the difference for the Foxes as they hunt Liverpool in the Premier League.