Ilkay Gundogan continues to fly under the radar

Manchester City are a side blessed with an array of quality in every department. From goalkeeper Ederson's calm assured play from the back to Sergio Aguero's brilliance in attack, Pep Guardiola commands a machine that may dominate the English game and possibly Europe for years to come.

The likes of Aguero, Kevin De Bruyne, Raheem Sterling, David and Bernardo receive all the praise but, on the evidence of City's Premier League triumph over Aston Villa on Matchday 10, it's unforgivable not to include Ilkay Gundogan among Guardiola's most serviceable parts.

Whenever the German is called upon, he delivers. Such was the case against Villa. The former Borussia Dortmund midfielder enjoyed a dominant display as City ran out 3-0 winners at the Etihad. Gundogan scored the third goal, laid on two key passes and ended the game with an outstanding 93.1% passing accuracy while taking the most touches of anyone on the pitch [Whoscored].

Discussions regarding City's genius are usually centred around the Silvas, De Bruyne and Sterling. It may indeed be correct to focus heavily on those four but it's difficult to ignore Gundogan's impact. Like Fernandinho or Rodri, he is the glue that holds everyone together when deployed deeper.

With Fernandinho tasked to fulfil duties at centre-back due to the Sky Blues' injury crisis, the orchestrator's role in defensive midfield is one Gundogan performs expertly and with more dynamism. The German maestro isn't Silva or De Bruyne in terms of creative influence but he must be credited for his versatility. As well as being comfortable in front of the defence, he comfortably fulfils the No.8 or 10 roles when needed.

Injuries blighted Gundogan's progress earlier in his career. As a result, he hasn't reached the heights many anticipated. Yet, under Guardiola's tutelage, he appears a different player. More calculated in his approach, his play exhibits more subtlety and composure than previously. He was a hammer for Jurgen Klopp while attending to similar tasks at BVB. He's transformed from heavy metal football to a symphonic blend of power and delicacy. 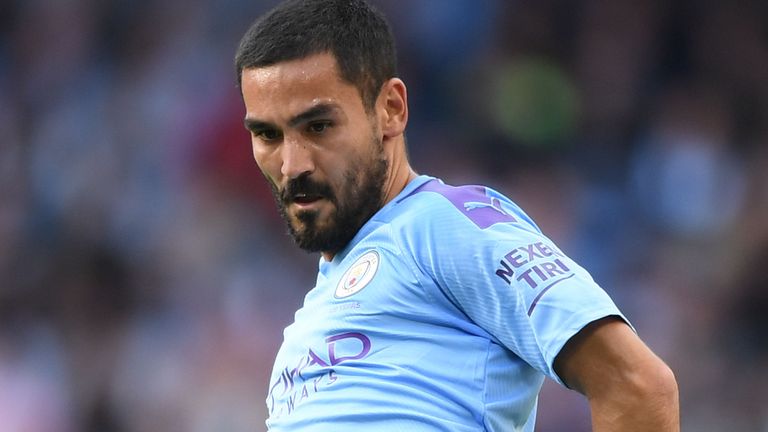 To perceive the German international as a second-rate player, deployed against weaker teams or in less important matches, is harsh. Gundogan's versatility and football intelligence are what Guardiola holds dear. His vision, technical qualities, positioning and ability to pick out telling passes make him just as crucial as De Bruyne or Silva. Those two are more celebrated but remember; the Belgian is frequently injured while the Spaniard sings his swan song this campaign. Gundogan's influence will only increase in 2020/21.

Last season, he was reinvented as a deep-lying midfielder. Gundogan stepped into the void left by Fernandinho's injury and performed consummately. It was his best period as a City player. Rodri appears the heir apparent in that department even though Gundogan more than makes up for his lack of ruggedness with anticipation and composure in possession. Similarly, Bernardo Silva is poised to inherit his namesake's place.

With City potentially on the market for another midfielder next summer, Gundogan's performances may force Guardiola to rethink his plans. He can replace both David Silva and Fernandinho. At 29, his experience and leadership can be exploited for several more years. It's time Ilkay Gundogan's various qualities are brought to the fore within the Manchester City camp.