How injury is ruining Benjamin Mendy's prospects at Manchester City

Benjamin Mendy is arguably the most unlucky left back in the Premier League today. Such is not often said about players who find their way to Manchester City.

If nothing else, footballers dread two things: lack of playing time and injury. Forget the first, it’s the second which really gives them chills.

Mendy is only 24, yet he’s already endured more pain than some players ever will. Injuries to the knees and ankles are usually the most painful and difficult to heal. The Frenchman's knees have taken a beating in the past few years.

Mendy isn’t one of those bench-warmers who get injured during training and no one misses them. He is among City's top players. His athleticism is key to Pep Guardiola's system.

There’s no question the Citizens are stronger with Mendy. Though he hasn't featured much since making his debut last year, having played only 16 league games.

Offensively, Mendy doesn't just assist his teammates, he creates many chances, too. His record reads 11 already this season.

A full-back like Mendy is an extra man in attack. His forays into the final third haven’t had an adverse effect on City defensively. After 13 matches, they possess the league's joint-best defence, conceding only five times.

Mendy and Man City were coasting. It seemed he and Guardiola were made for each other. Then the France international felt pain in his right knee. The problem was enough to require surgery in Barcelona.

Upon his return from Catalonia, Mendy was pictured on crutches. Still all smiles in his usual demeanour, it was later revealed by Guardiola that the left-back would miss at least 10 weeks. 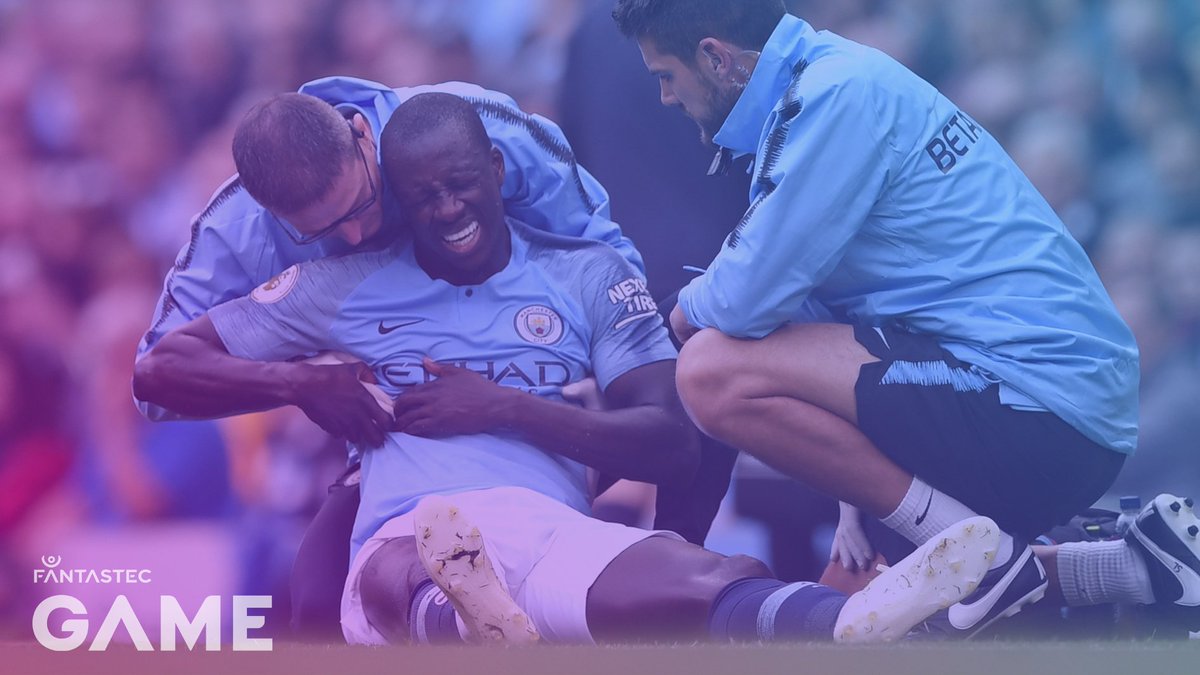 Benjamin Mendy has been ruled out for 10-12 weeks through injury!

Mendy is mostly known for his illustrious time at Monaco, where he helped the club conquer Ligue 1. He also reached the Champions League semi-final, beating Man City along the way.

Mendy, though, previously established himself at Marseille. Through his developing career, he has suffered several difficulties with injuries.

In January 2016, Mendy suffered a cruciate knee ligament injury which sidelined him for 52 days. After he recovered from a similar injury last summer, City splashed out £50 million to secure his services.

A thigh muscle strain prevented Mendy from making his Premier League debut until the final week of August. But the worst was yet to come.

After making four league appearances in last season's opening weeks, Mendy ruptured a cruciate ligament in his right knee. It was a nasty injury, one which crippled him for seven months. He missed 42 games during that time.

Mendy returned just in time to receive a Premier League medal, as well as make the French World Cup squad.

This campaign started well. After four league games, Mendy had already provided three assists. He then suffered a foot injury, though, keeping him out for a month.

Mendy’s latest setback comes five matches after his last. This time, surgery was required to repair a left-knee meniscus.

Effect of the injury

It’s a hard knock for Man City. Without Mendy, Guardiola will be forced to play either midfielder Fabian Delph or Danilo at left back.

However, it shouldn't slow the Citizens down in the title race. This team, after all, survived and is surviving without De Bruyne's genius.

Mendy's latest injury is a scary one. Marco van Basten stopped playing football at 29. He retired at 30. It was all down to persistent knee injuries.

Mendy can thank the massive improvements in medicine since Van Basten's era. Hopefully, his career won’t be ruined. For now, though, his time at Manchester City isn’t running smoothly.