Inter Milan must be wary of unpredictable Lazio

With the international holiday over, Inter Milan resume their Champions League hunt on Sunday against Lazio. Eight points separate both sides in third and sixth, however, a defeat for either could potentially ruin their chances. There's more at stake, though...

Lazio travels to Milan with revenge in mind. Inter broke Roman hearts with two extraordinary strikes in three minutes back in May. Matias Vecino wrapped up a stunning night that culminated in a 3-2 victory. While the visitors returned to Champions League after almost eight years, Lazio dropped to its red-faced stepsister.

The host needed a draw to qualify in what was effectively a play-off. However, they were edged out of fourth place by Inter on head-to-head record after the two sides finished level on 72 points. Not much changed for both sides.

Luciano Spalleti outsmarted Simeone Inzaghi on that occasion. Both managers still have their jobs intact, at least for now, especially with Chelsea pensioners Antonio Conte and Jose Mourinho roaming around Milan. Stefan de Vrij is now on the Blue and Black side.

The Dutchman was culpable for that infamous defeat. Lucky Inter. He had agreed to a free transfer before the match. He then gifted the Nerazzurri a penalty to signal his impatience. Sunday’s host won't bother about returning the favour as he is ruled out having picked up a knock over the international break with the Netherlands.

Inter hosts the Biancocelesti at the best possible time. The Nerazzurri are gathering serious momentum after a difficult start to the year. Spalleti’s men are defeated once in eight games -  against Cagliari. Last week's 3-2 victory in the Milan Derby showed progress.

Travel sick Nerazzurri found solace at home. They failed to win their opening two home matches of the season. Since then, however, it's been a feast. They picked up maximum points nine times in 11 games, beating AC Milan and Napoli. Inter also pulled clean sheet in eight of their last 10 games at San Siro. 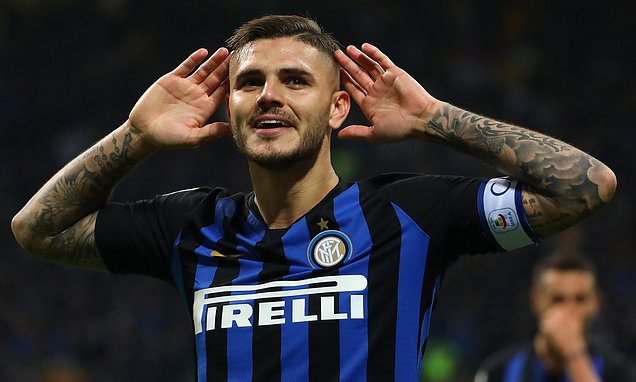 Mauro Icardi returns at the perfect time. The Argentinean appears to have gotten over his captaincy and injury setbacks. Lautaro Martinez makes way for his countryman. The 21-year-old will be sidelined for at least a week. Like De Vrij, he suffered an injury in the international break.

Lazio is no pushovers. Last season’s fifth-place finishers are often cold and hot. Lately, though, the Romans temperature level climbed. A 4-1 thrashing of Parma before the international window made it four wins from their last six Serie A matches and pushed them closer to the Europa League spots.

Le Aquile is separated from fifth-placed Roma by two points, only six points adrift of the top four. It may have been a tough season, but there is still a glimmer of hope that they can qualify for the Champions League. As long as Ciro Immobile maintains his superb form.

A victory for Inter will as effectively eliminate Lazio from Champions League race. The reverse will cut the gap to five points. The Biancocelesti could cut that gap even further with a win in their outstanding game against Udinese. Considering recent outing

Lazio struggled for form when visiting the better teams in the league. They lost five times away from home this season, with four against sides above them in the standings. In fact, they haven’t picked up any points when away from home against the current top six.

Still, Inter must be mindful of Lazio’s threat. The Romans are quite unpredictable. Teams that wrote them off were served. Ask AC Milan, Fiorentina and Roma. After all, the Roman Army has returned with three points twice in previous six trips, sharing the spoils once.