Internazionale defied turbulence to sneak into Champions League last season. The Nerazzurri finished fourth in Serie A with 69 points, one more than city rivals AC Milan. After all the turmoil at the club, it wasn't enough for Luciano Spalletti to keep his job. Antonio Conte brings a no-nonsense attitude and a reputation for winning.

If talent was all it took to dislodge Juventus from their perch atop Serie A, Inter would have accomplished it already. Spalletti had quality throughout the lineup. Unfortunately, it also takes grit and character to win titles. The former Roma and Zenit boss found himself lacking in those departments.

Working with what he had, Spalletti created a resolute defence and nurtured his prolific attackers. While Mauro Icardi bit in the attack, Milan Skriniar combined with Miranda to build a wall even Donald Trump would have envied. The squad was fine on the pitch. Off? That was another matter.

Indiscipline and ego set them on the path towards self-destruction. When Icardi's wife/agent aired the club's dirty laundry on Italian television, Spalletti couldn't contain the fallout. He lost control of his dressing room. Icardi was stripped of his captaincy and banished from the team. Radja Nainggolan had already been suspended for going AWOL in Rome.  Although they ultimately returned, it was a little too late. Atalanta had already plucked the third spot.

In the absence of Icardi, Lautaro Martinez took up the mantle. With a good head on his shoulders, he demonstrated humility and will to improve. The Argentine showed pace, guile and the acceleration to glide past opponents. In his short time in the spotlight, Martinez racked up a respectable nine strikes, same as Ivan Perisic who had an entire season to work. The youngster even provided greater movement and contribution to build-up than his countryman, Icardi. Nainggolan was equally influential from central midfield, with seven goals.  At the back, Samir Handanovic took the armband and commanded the squad from between the sticks.

Under Conte, all that may not matter. Icardi is banished again. Nainggolan and Perisic are loaned out to Cagliari and Bayern Munich respectively and Romelu Lukaku arrives from Manchester United for €65 million with Alexis Sanchez rumoured to be hot on his heels. 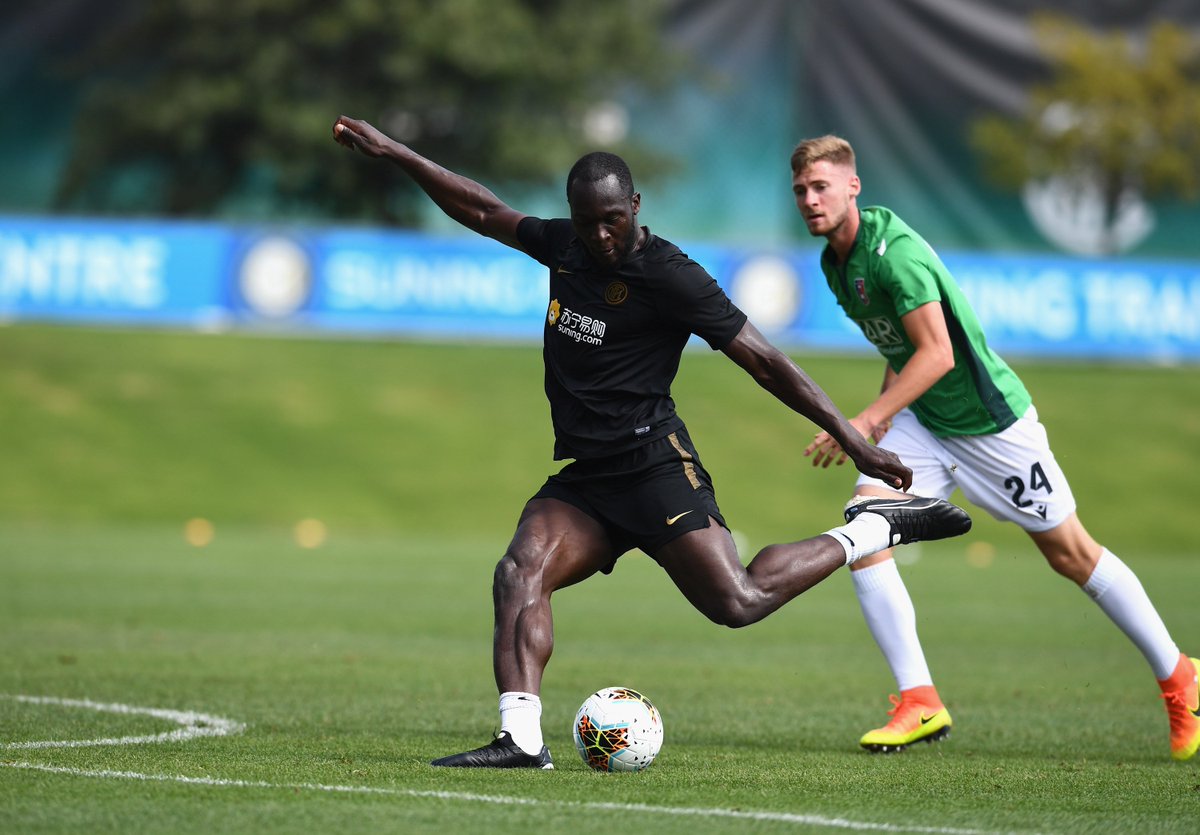 How many goals for Inter's new number 9 this season? 🤔

Judging by Conte's track record, the touchline dervish's impact could be immediate. He oversaw Juventus’ rapid leap from seventh to champions in 2011. He then transformed a fading Italian national team into Euro contenders. His maiden foray into English football immediately produced a Premier League title.

Like the Special One, he shows no mercy in dealing with perceived rebels. While Perisic and Nainggolan adapt to new surroundings, Icardi languishes a la Diego Costa until a new suitor can be found.

In addition, Keita Balde, Cedric Soares and Sime Vrsaljko returned to their parent clubs, loans expired. Around €34 million was recouped from the sale of four fringe players. Yet Inter invested almost twice that to sign Lukaku from Manchester United.

Conte can utilise his new No. 9 alongside Martinez or as a lone striker. Matteo Palatino joined permanently from Sassuolo for €20 million. He replaces Perisic's width. There's also the exuberance of Valentino Lazaro [€22 million, Hertha Berlin)], Nikolo Barella [€12m, Cagliari] and Eddie Salcedo [€8m Genoa]. The boss can also call upon Antonio Candreva and, in a pinch, Martinez or Marcelo Brozovic on the wing.

Diego Godin arrives on a free from Atletico Madrid, adding much-needed quality and experience at the back. Central midfielders Stefano Sensi and Lucien Agoume will provide cover too.

Conte's primary target will be ending the dynasty he began at Juventus. He can first test his new squad against Lecce, Nainggolan's Cagliari and Udinese. The road becomes steeper in mid-September with the first group matches in the Champions League. Then, on the 21st, it's the campaign's first Derby Della Madonnina. The Milan derby is followed by tough matches against Lazio, Sampdoria and Juventus. After the first week in October, Nerazzurri faithful ought to have a sense of where they stand. If Conte still has the magic, it should be on firmer ground.