Is the award for Scott McTominay another Jose Mourinho trick?

Amidst the glitz, glamour and sparkle of Manchester United's awards evening, one moment punctuated the evening. An incongruous sight amongst the dazzle of stars and egos - a humble and slightly embarrassed Scott McTominay walking up to the podium to collect an inaugural award.

The award in question, the Manager's Player of the Year was created by Jose Mourinho, even if he wasn't so sure on the design of the award, suggesting it could do with an aesthetic tweak.

Darren Russell
DRussellMMA
Follow
Lovely touch from Mourinho to give out a surprise award to Scott McTominay https://t.co/rOAw52P7r4
Follow
07:56 AM - 2nd May 18
0
11

Mourinho's decision to demand a brand new category strikes of someone trying to make a point. It could be for the harmless reasons he gave, suggesting that the Scot deserved it because of an astonishing transition from academy to first-team regular. Yet you cannot help feeling that there is a message in there somewhere, a silent provocation of those who doubted his suitability for the job given his poor record in giving youth-team players a chance.

"He started the season in the academy and ended it playing big games in the Premier League. I thought this kid cannot go home without an award."

Mourinho stated that it was between him and Nemanja Matic, but he decided on McTominay after hearing that the Youth Player award would be given to Tahith Chong - a youngster with a big reputation following a scintillating year in the academy.

This article is not an attack on McTominay: his performances deserve credit this season. His introduction sparked indifference, bordering often on sneering; simply because he did his job and refused to be lured into showboating.

Few predicted a rise so astronomical, especially given the midfielder's diminutive stature prior to an incredible growth spurt two years ago. Mourinho is so fond of the youngster because he listens to his instructions and carries them out with a religious-like adherence. Be it protecting the back-four, man-marking or aiding the flow of the game with quick - albeit unadventurous - passes, McTominay has rarely put a foot wrong.

Leading Mourinho to this:

"He is the one who has done everything. I always say that, for me, there are not young players or old players, it is just about the quality of the personality and this kid has everything that I want."

Some of the scepticism surrounding McTominay's importance to the United team arose in the fact that he replaced Paul Pogba at a time when rumours abounded about his relationship with Mourinho.

McTominay was a pointed reminder that Pogba was droppable; McTominay was simply a pawn in Mourinho's game of chess with Pogba; McTominay didn't warrant inclusion, he was simply there because Pogba wasn't. Mourinho's pre and post match conferences are always interesting, but they assumed heightened poignancy in this mini Pogba-fuelled narrative. The fact that he chose to profuse so much praise about McTominay simply served to nourish arguments that he was simply a ploy to get at the Frenchman.

Yet McTominay did deserve selection and wasn't picked simply because Pogba was absent.

Still, it does feel a little peculiar that Mourinho would make another statement of his high regard for McTominay in such a way. Rather than it being a message to his £89 million signing, it feels like a message to his critics.

He often goes out of his way to counter the anti-academy label he is stigmatised with, alluding to giving so-and-so and debut at so-and-so club, and the creation of an award appears to suit his narrative more than a reflection on the quality of a player's performance. 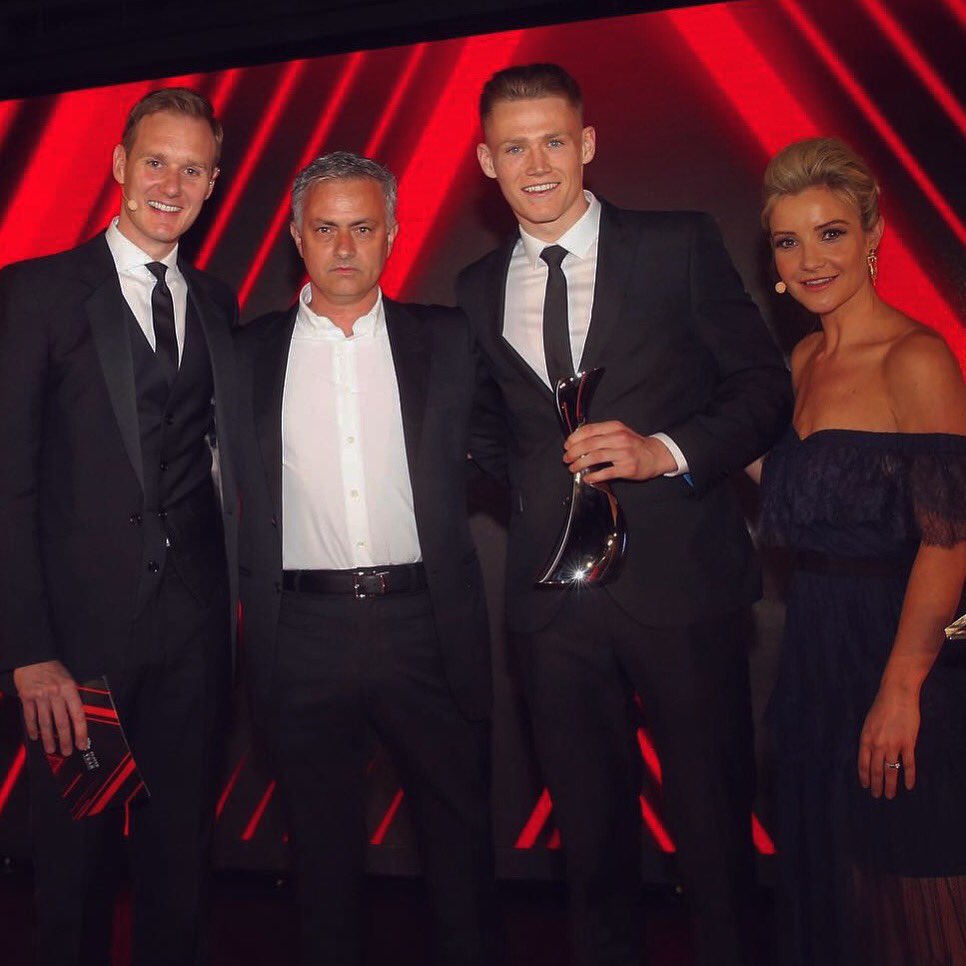