Is Dwight Gayle on course for another prolific season?

Imagine being released by Arsenal at the start of your career, only to work your way back through the leagues. That's basically the story of how Dwight Gayle is playing where he is now. But as always, the 28-year-old is scoring goals. This season has started no different. But can he better his previous best Championship attempt?

Gayle worked his way up the English football system early in his career. In 2007 he signed with Ryan (Yes, an actual name for a football club) to play in the Essex Olympian Football League. Two years later, he joined Stansted who played in the Essex Senior League. The 2010-11 campaign saw the striker net 57 times! In a couple of years after that, Gayle joined Dagenham & Redbridge. Not long after, he signed he joined Bishop Stortford on loan. This meant playing in the Conference North. With 29 goals in 42 games, he made quite the impact.

By 2012 Gayle joined Peterborough United on loan with an option to buy in January 2013. He obviously impressed and the Posh decided to sign him up. He managed 13 goals from 29 appearances during his debut season in England's second tier. By this time, the former Arsenal player started to gather media attention. His pace, energy and ability to finish had neutrals raising a few eyebrows. Some knew he would make a big move elsewhere after such an impact in such little time.

In 2013, Gayle made his big move to Premier League side Crystal Palace. But his goalscoring wasn't anywhere near as impressive. In 64 appearances over three seasons, the 5'9 forward only netted 15 times. Not bad but not ground-breaking either. Could the Premier League be just too much? Does the Championship offer more chances, giving strikers at the lower level more opportunities to tally up their goals? 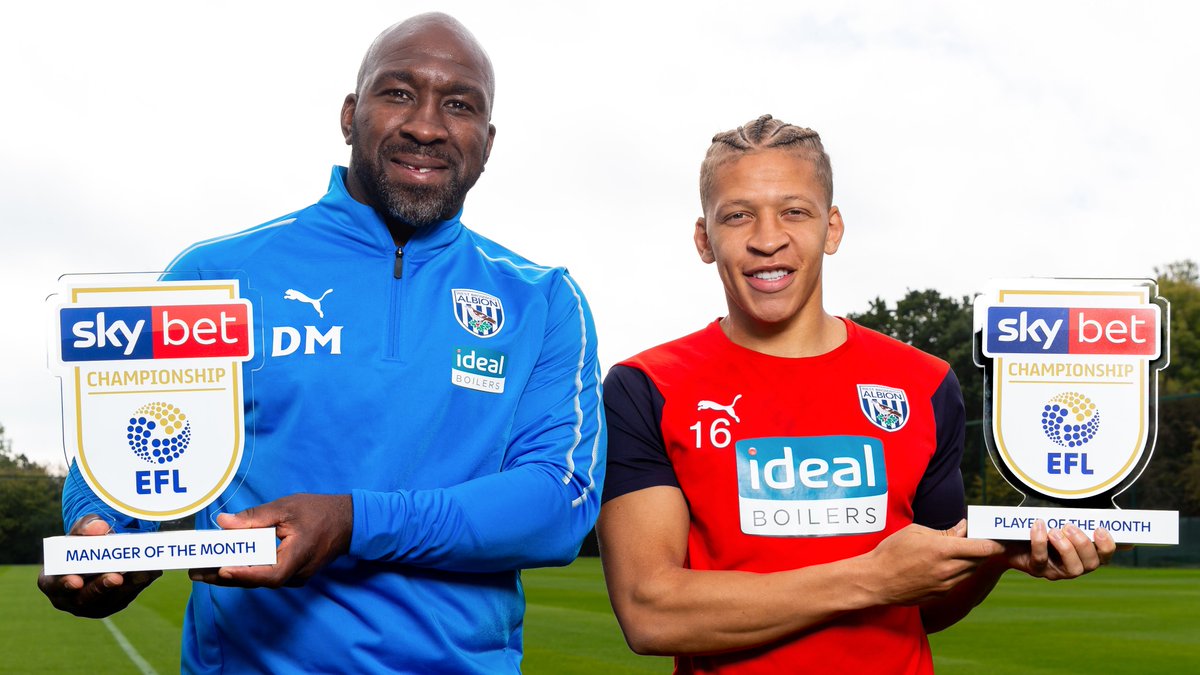 ☑️ Manager of the Month

☑️ Player of the Month

Joining Newcastle United in 2016 Gayle was ready to play Championship football again. This time scoring 23 goals in 32 games. His best season yet. After promotion with the Magpies, his form instantly dipped again. With just six goals all season reality sunk in. Could it really be that Gayle cannot cut it at the top level? We've seen him play and he can be clinical but when it comes to the Premier League if you aren't scoring for fun as a striker your career can take a hard hit.

Rafael Benitez sees Gayle has a better opportunity elsewhere. With a season-long loan deal to West Bromwich Albion, it could do him the world of good. Which looks like it already is. He is the Championship's second-top goalscorer with eight goals. He's also contributed two assists. Right now Gayle is in fine form and has bonded a great partnership with Jay Rodriguez. WBA boss Darren Moore will be so happy with how the Newcastle loanee has produced so far. Gayle and Rodriguez total 15 goals between them.

It's not just Gayle who is producing at WBA but the team as a whole. The club was in a dark place last season and now there is so much excitement about their play this season. The most notable performance would have been the 7-1 thrashing against Queens Park Rangers back in August. But their form is on point right now. The Baggies are second, just one point behind Sheffield United after 12 games. With 31 goals scored nobody else has netted more. Unbeaten in seven games the West Midlands side are tough to beat.

So the question remains. Can Dwight Gayle crack the 20-goal mark? I certainly think so. Believing the Championship is the right level for him is an indicator of his potential target. And with roughly a 1/4 way through the season he could even exceed those expectations...