Is Gary Cahill asking why he stayed at Stamford Bridge?

Gary Cahill came close to leaving Chelsea during the January transfer window, frustrated as he was with a lack of playing time under Maurizio Sarri. The 33-year-old made just seven appearances this season, one in the Premier League, four in the Europa League, two in the EFL Cup. The last came against PAOK Salonika on November 29.

Cahill hasn’t appeared in the matchday squad since, finding himself behind David Luiz, Antonio Rudiger and Andreas Christensen in the pecking order. Even young Ethan Ampadu made the bench more recently than the veteran. The former England international was linked to Arsenal, Aston Villa, Crystal Palace and Fulham in January. Because his high wage demands proved a stumbling block in negotiations, he stayed at Stamford Bridge.

He must be regretting that decision, however. His status diminished even further in the last two months. Cahill was a regular for the Blues’ Europa League campaign, starting four group games, named in the squad for a fifth, but now he’s been frozen out entirely. Sarri’s decision to overlook Cahill for Christensen and Ampadu reportedly shocked club staff. It’s a sad way to see his career out at Chelsea.

The centre-back made 289 appearances in all competitions after joining the Blues from Bolton Wanderers in 2012, winning two Premier League titles, two FA Cups, one Champions League, one Europa League and one League Cup for his troubles. He remains club captain despite his predicament but now finds his career at a crossroads. 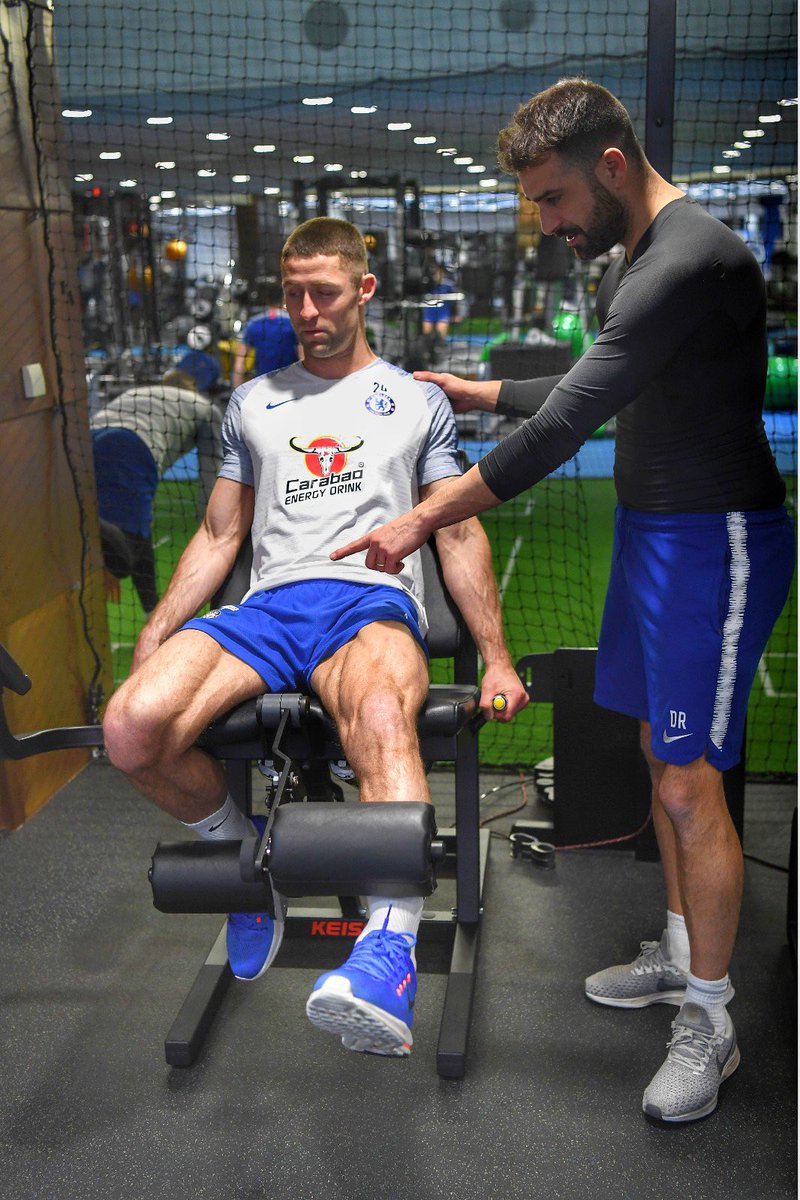 Despite his advancing age, Cahill won’t be short of offers in the Premier League. He provides a wealth of experience for any club. He's fit, too, as he still trains with the Chelsea first-team despite the lack of games. Newly-promoted sides would be foolish to overlook him although Cahill's willingness to take a step down is another story.

He’ll turn 34 in December. Only he knows how long he has left in the tank. The defender could follow in John Terry's footsteps, opting for first-team football at a promotion-chasing second-tier club, or he could see what calibre of Premier League sides show interest.

Tottenham Hotspur could be in the market for a defender. Toby Alderweireld and Jan Vertonghen are both out of contract in 2020. Neither is close to putting pen to paper on an extension. The London connection could be an attraction for Cahill despite the club rivalry. Arsenal might be an option too. The Gunners were interested in January and still need a replacement for Laurent Koscielny.

Major League Soccer is always an option. A number of England teammates puddle-jumped to the US. At 32, Wayne Rooney enjoyed the most success but Frank Lampard (34) and Steven Gerrard (36) also crossed the Atlantic. Neither made an impact at NYCFC and LA Galaxy respectively but defenders needn't be as spry as attacking midfielders. As well, MLS could use some experienced defenders to show the current crop how it's done.

Even though he doesn't deserve to be exiled, Cahill is past his prime. He must be pragmatic rather than romantic in taking his next step.