By Emmanuel Odey
Gonzalo Higuain represents an upgrade on Chelsea's current strike force but he may need time to settle.

Gonzalo Higuain earned his place among the world's deadliest strikers. When a player consistently produces top-notch performances at the highest level in some of Europe's biggest clubs, he shouldn't have to prove himself to anyone. Leonardo doesn't agree.

Just days after the AC Milan sporting director called the player out for not doing enough for the Rossoneri, Premier League giants Chelsea came in for the 31-year-old. The Blues desperately need a prolific scorer. Neither Olivier Giroud nor Alvaro Morata delivers when it comes to their primary responsibility.

Chelsea are fourth in the Premier League, still in play for three major trophies this term. To win them, Maurizio Sarri needs more goals.

Pierre-Emerick Aubameyang, Mohamed Salah, Harry Kane and Sergio Aguero are all in double figures for his direct rivals. Chelsea's strike partners are nowhere to be found. Combined, the duo has not been able to reach ten goals for the Stamford Bridge outfit. Giroud owns just one league goal all season.

Their profligacy exists despite an abundance of quality and creativity in the team. Eden Hazard occasionally takes matters into his own hands, bailing the team out when needed. Ideally, he'd be more effective as a provider for a clinical finisher.

So desperate is the need that finding a solution has become the top priority. Signing a proven scorer is always a difficult task but especially in January. There aren't many available. When there is, he comes at a premium. In today's inflated market, Blues owner Roman Abramovich must be prepared to make an exception to his suddenly austere strategy. 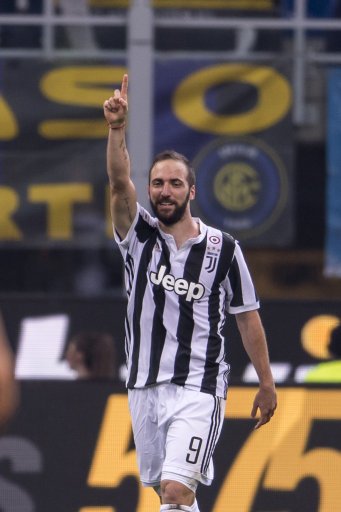 The Argentine's move to Chelsea looks like a done deal!

That explains why Chelsea has moved for Higuain. At 31, the Argentine may not be able to replicate the form that saw him hit 36 at Napoli. In a league where 20-goal scorers are rare, that's an incredible record.

Much has changed since 2016. Higuain moved to Juventus then made way for Cristiano Ronaldo this summer. AC Milan struck a deal to take him to San Siro on loan with an option to buy. Chelsea will have to meet those terms to bring the former Real Madrid man to England. In addition to whatever loan terms they agree with Milan, they must pay Juventus €36 million at season's end.

Linking up with Maurizio Sarri under whom he produced that record-shattering mark in 2016 may spark a renaissance in Higuain's form. Chelsea will be all the better for it. Even in decline, the Argentine represents a better option than either Morata or Giroud.

A renaissance is needed. Higuain struggled to find the net at San Siro this season. He's forced keepers to turn around only six times in 15 matches. His sixth came in December after a dry spell that lasted almost two months.

There's no guarantee he'll be firing on all cylinders when he joins the club, especially when he's experiencing a new league. Few players hit the ground running after switching clubs. More so when it has to do with the Premier League.

While the Argentine’s previous scoring records position him to succeed in England, Chelsea must be patient. Higuain may need the run-in for this campaign just to settle. With the stakes so high these days, the €36 million is whether the Blues can afford to wait?