As you'd imagine, after two wins in ten the fan furore at Manchester United is real. Old Trafford supporters are searching every nook and cranny to find those responsible.

After the Red Devils' 1-1 draw with Chelsea, it was Anthony Martial's turn to take the blame. It was a game that the Frenchman didn't even start. A video (see below) surfaced of the AS Monaco academy graduate procrastinating during the warm-up. His teammates were working hard and preparing for the big game. Martial was staring glumly into space without a care in the world. Some way to prepare for a season-defining fixture, huh?

We decided to do some digging to work out whether United's #11 is actually pulling his weight. Let's be honest, one thing you cannot deny is his knack for hitting the back of the net, but more than once, his apparent lack of effort often leaves him without a leg to stand on. It's like trying to defend the indefensible, and with Ole Gunnar Solskjaer trying to play a high-intensity pressing style, Martial's shortcomings are now more evident than ever.

In terms of forwards, I'm genuinely not shocked to learn that Martial covers the least distance (8.45km/game). In fact, in the whole squad, the 23-year-old is the third-worst when it comes to that stat. The only two players behind him are Eric Bailly and goalkeeper David de Gea. That's a damning indictment on the work he puts in and when you compare that to players who he'd love to emulate like Mohamed Salah and Sadio Mane, it's just downright embarrassing.

His supporters will say that's not his job. In the modern-day game, though, your wide men are tasked with tracking the runners and helping out their full-back. Again, I refer to a team who are miles in front of United at this time. Manchester City's Raheem Sterling is the master at working on both sides of the ball, he's tough in the tackle, tracking back and scoring goals for fun. It wasn't that long ago City's in-form Englishman was beating Paul Pogba in an aerial duel which tells you everything you need to know about the dire state of affairs United find themselves in at present. How often would you see Martial doing this?

It was just a week or so ago when I discussed whether Martial has actually improved since making the move to United, predictably, his work-rate issues came up in that article too... It's a real problem for Solskjaer and it's one that the Baby Faced Assassin must deal with head on. Martial must adapt to the tactics that his manager is trying to implement, or he could well find himself on the chopping block in the not too distant future.

For right now, I'd imagine he'll get the benefit of the doubt. It's not right, but he isn't the only United player to have downed tools at this point in the season so it'd be unfair to single Martial out in that regard. In all likelihood, he'll be coached by Solskjaer over pre-season and given another twelve months to work effort into his game. If not, then Martial may be on the hunt for another employer next summer. 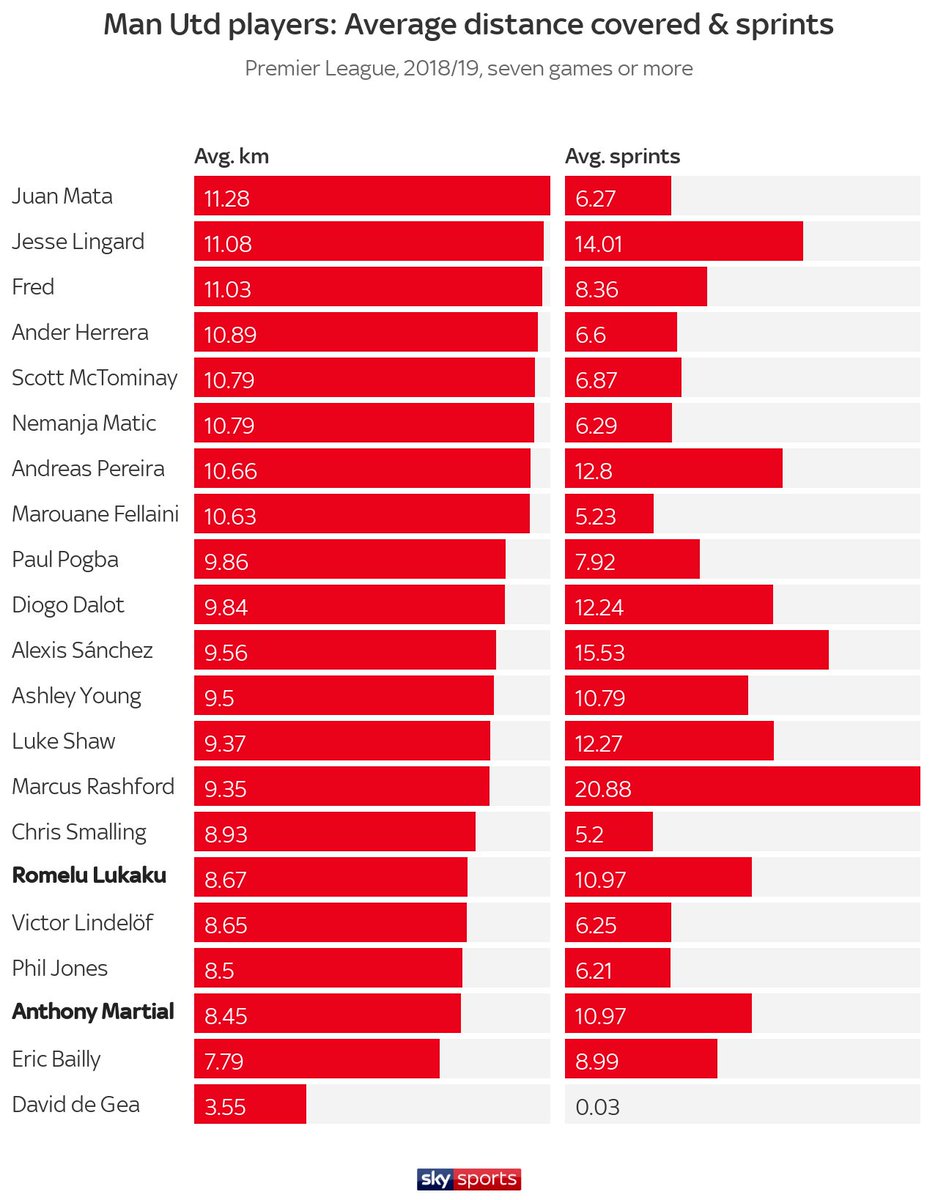