Is Ramon Azeez ready to take flight with Super Eagles?

For most players, the opportunity to play for their national team is a dream come true. Others have enjoyed the privilege from their youth, playing in the age-grade competitions although graduating to the senior side is not a given. Few make the step up. Fewer still go on to do big things for their nation. Ramon Azeez experienced all the aforementioned, save the last. As he plays a part in Granada's surprising start in La Liga, he finds himself with another chance.

A decade ago, he earned a World Cup silver medal with the U17s while wearing the captain's armband before making steady progress to the senior team. He featured in the 2014 World Cup. And that was that.

Problems existed at club level too. Almeria was relegated from La Liga in 2014/15. Not ready to return to the Segunda division, he handed in a transfer request. The club was not pleased and banished him to the reserves. He returned to the first team five months later, where he let his contract run down.

Lugo provided a fresh start. His performances with the Galicians caught Granada’s eye. The Nazaries came calling. In January, he moved to Andalusia. When the campaign ended, another Rojiblancos side had joined the Spanish top flight. The 26-year-old has celebrated his return with his best form in years.

In five appearances, albeit just two starts, he's netted twice. He commanded the game against Barcelona from midfield, marshalling El Grana to a stunning 2-0 victory. Not even a returning Lionel Messi could prevent defeat. While Barca will be alarmed that heavy defeats are coming against comparatively light domestic competition as well as serious clubs in the Champions League, Azeez and Granada don't intend to stop there. 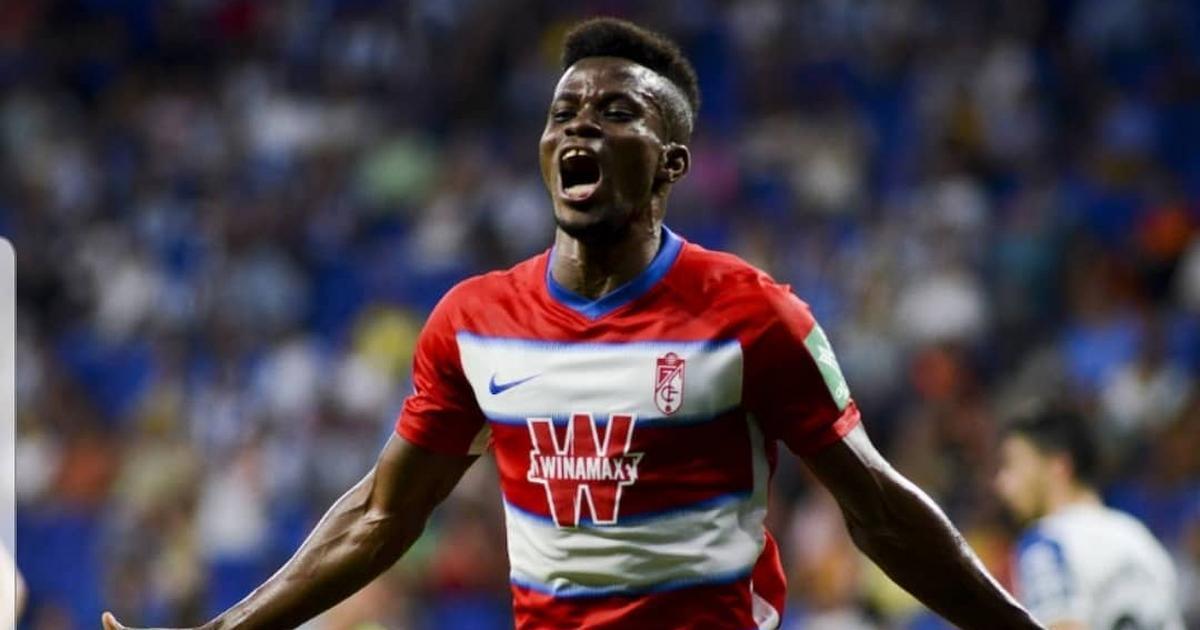 Back home, the midfielder's efforts did not go unnoticed. Nigerian national team manager Gernot Rohr called him up to the side. The player returns in the nick of time. Rohr seeks reinforcements with John Obi Mikel and Odion Ighalo calling time on their international careers.

Regardless, the former U17 captain must demonstrate exceptional quality to claim a place in the starting lineup. Wilfred Ndidi, Oghenekaro Etebo and Alex Iwobi won't be easily displaced. Semi Ajayi and Joe Aribo are already trying.

Competition shouldn't be a problem, though, if his form with Granada is any indication. If all goes well, we might see him leading Nigeria to African Cup of Nations glory for the first time since 2013. The team did well in this past summer's edition, reaching the semi-final. Could they have done better with Azeez rather than the ageing veterans Rohr trusted?

An infusion of new talent aims to lift the nation to its former heights. A better outing at the next World Cup will be a welcome development. In view of that, Azeez's return is timely. With qualification matches for both the continental and global showpiece approaching, he could prove very important.

For now, the focus will be on the upcoming friendly with Brazil. Holding his own against familiar foes such as Barcelona's Arthur Melo and Real Madrid's Casemiro in midfield will put him in Rohr's good books. Further success will make his ten-year exile seem a short vacation.