Samuel Chukwueze's breakthrough came at a time Villarreal regressed. He was a silver lining behind the dark cloud in Castellon. Exactly one year on, both may have swapped destinies. The Nigerian lags behind while the Yellow Submarines crest La Liga's waves.

Chukwueze could be classified as a wager birthed by necessity. Javier Calleja's job was the stake. Villarreal picked up only two victories in a dozen matches. Five points from the drop in 16th, any sort of revival were welcomed. Wherever or however it came didn’t matter. Jackpot.

The 20-year-old proved a masterstroke. He made his senior debut against Rangers in the Europa League in September and by December, he almost became indispensable. Castella’s dismissal and subsequent reappointment in January didn't halt the flow.

The results didn't improve much. Chukwueze did. During a bonkers 4-4 draw with Barcelona, he demolished Jordi Alba and Samuel Umtiti with relentless running and dazzling rapid footwork. Alba ended up with a cramp on the night as he tried, in vain, to contain the Nigerian who bagged a goal and an assist.

Chukwueze finished the campaign with 10 goal contributions. He buried five himself in La Liga and on each of those occasions, Villarreal didn't lose. They racked up a dozen points from a possible 15. He was the potent catalyst that lifted the Yellow Submarines to safety. The usual buzz followed.

Comparison was drawn with Arjen Robben and for the right reasons. Like the retired Dutchman, he is naturally left-footed and prefers to play on the right side of a front three. His powerful touch leaves defenders trailing in his wake with an incredible knack for hitting the target.

Such only translated into more work for Chukwueze. He was expected to take his game to another level this season. The Super Eagle did, at least in the opening stages. He started and scored in Villarreal's first game against Granada. Chukwueze retained his place in the next fixture but slowly metamorphosed into a bit-part player. Impact sub if you will. 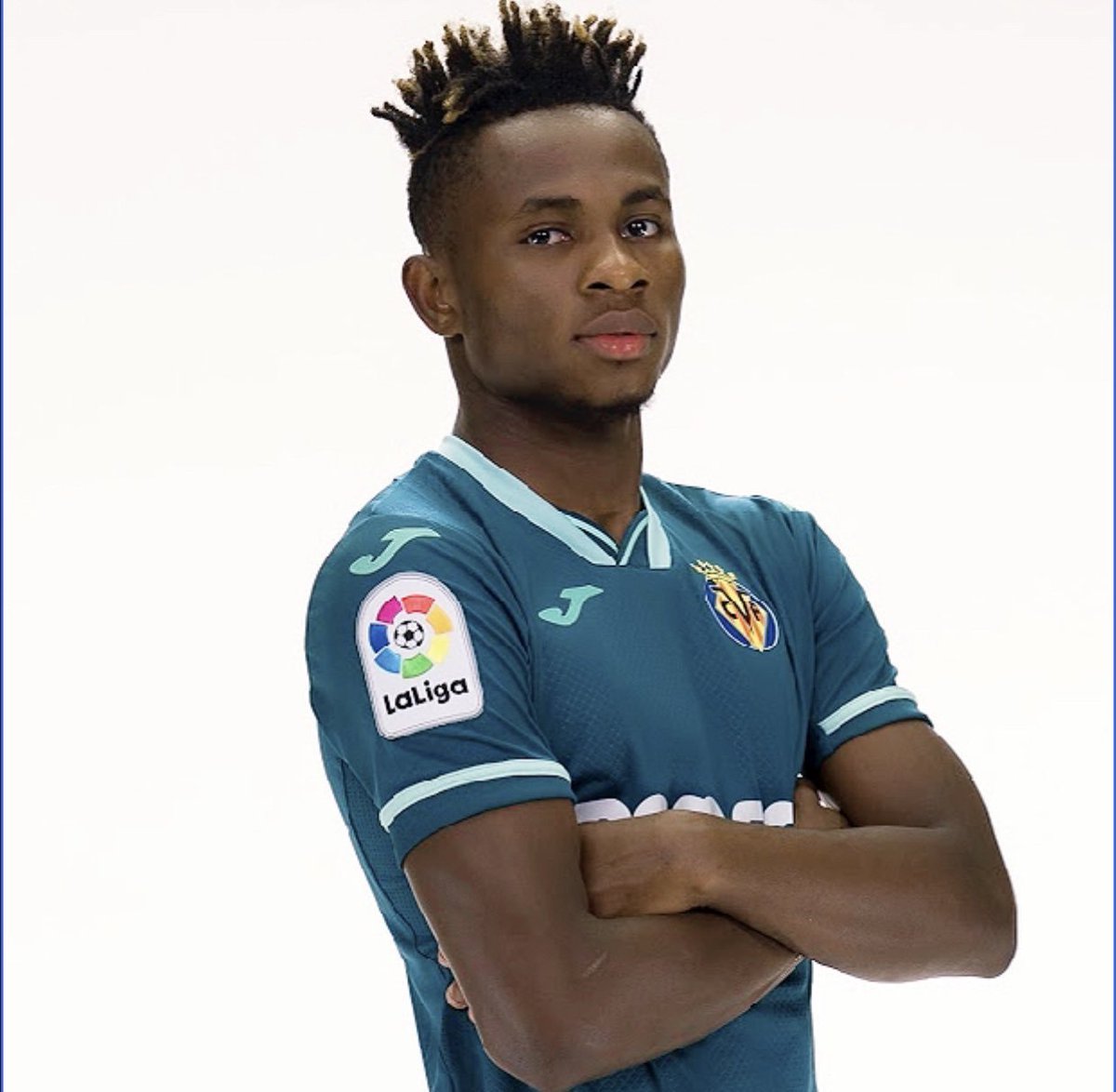 Soar Super Eagles
SSE_NGA
Follow
Samuel Chukwueze has agreed a new improved contract at Villarreal that sees his release clause rise to €100m for the next 2 years & could be lowered to €80m on the 3rd year.

The Nigerian started three games afterwards – against Real Madrid, Barcelona and Osasuna, failing to make any impact. He was called on from the bench four times and helped with a goal and assist in the wins over Real Betis and Real Valladolid respectively. Calleja never bothered to tap him in at Leganes.

There have been flashes of his brilliance. With the game tied at 1-1, his introduction was the watershed against Betis. Chukwueze's fresh vibes and pace brought more life to the game, winning a penalty that Santi Cazorla calmly converted. He buried the game off with a goal of his own in the 90th minute.

Whilst the Nigerian strifes, Villarreal is on a cruise. A resounding 4-1 victory over Alaves on Friday temporarily lifted them to third. It was the fifth win in the last seven games for Calleja. With 24 strikes, his attack is the most potent in the division – one more than Barcelona albeit with a game in hand. The goals have gone round.

In all fairness to Chukwueze, Calleja’s tactics haven’t quite helped. The manager's preference for a two-man attack leaves only a spot available for three skilful wingers. Gomez is enjoying the lion share. Nonetheless, Chukwueze must take his chances. Else, continue to play the odd character in an intriguing script.

Leave a comment
Latest Spain Articles
Is Lionel Messi on the precipice?
By Martin Palazzotto