Is Solskjaer's faith in youth paying off?

When Manchester United’s lineup arrived for the Burnley game, a preconception formed that 2019 would end in dastardly fashion. The #OleOut Brigade had their knives out ready to pounce. But the side ended up sealing a routine win.

Upon learning Nemanja Matic would be making his first start since September and error-prone Ashley Young were taking the field, only the biggest optimists could foresee victory. But the eternal believer in Ole Gunnar Solskjaer had the last laugh.

Ending a topsy-turvy year on a high must’ve been satisfactory. But watching his “weak links” defy expectations would’ve felt better. In such an exhausting period, rotation is key to maintaining health in an injury-prone squad. Solskjaer's found out exactly when risking his temperamental senior stars or hot-blooded youngsters can pay dividends.

It’s taken time learning his squad’s strengths and weaknesses. Over a year in the hot seat, Solskjaer knows Matic is more suited to thrive against physical, direct oppositions than fast-paced ones. He’s also aware Young’s stronger against more traditional wingers than the modern-day version.

The youngsters keep improving under his guidance. The Norwegian learned Andreas Pereira is too erratic to survive in central midfield. He’s been encouraged to express himself further up. As a result, the Brazilian’s dished out two assists in as many games to diminish United’s creative drought.

After watching Brandon Williams thrive under physically draining battles, Ole tasked his warrior spirit to counter Burnley’s bullish nature. The teenager came out with another man-of-the-match worthy showing. Luke Shaw must be a nervous man.

Daniel James started becoming exhausted by Premier League’s intensity. One smart rest and he was back to being a menace, recording another assist - his 6th this season. Mason Greenwood is being groomed to be ready for the tests after the new year.

Granted, he hasn’t been as kind on giving Marcus Rashford a rest. But United’s top-scorer is at peak fitness. Anthony Martial’s been substituted in the last two games to avoid any injury relapse. Paul Pogba wasn’t even risked at Turf Moor, with Arsenal and Wolves on the gaffer’s mind... 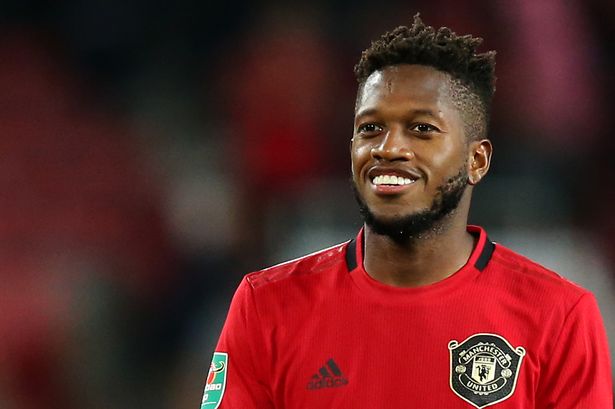 OldTraffordFaithful
OTFaithful
Follow
Some huge credit has to go to Fred. Over the last month we're starting to see why #mufc spent £50m on him.

Yet one to have improved the most in this last year is Fred. Once the unwanted Jose Mourinho midfielder, he thrived from the biggest thing his new manager could award him; time. He’s taken his own route to adapt, but has done so with conviction to become the Red Devils’ midfield engine.

A few months ago many compared him with Kleberson. At Turf Moor, Solskjaer insisted he’s seeing shades of Paul Scholes in the Brazilian. Of course, being protected by Scott McTominay and Matic has helped. It remains to be seen how he reacts alongside the less-sacrificial Pogba.

But the gaffer should figure out something suitable. He’s a quick learner. Since Phil Jones fluffed his lines in the defensive disaster at Sheffield, United have discontinued the 3-man backline. Rashford’s struggles as a centre-forward propelled him to move the 22-year-old into an expressive left wing-forward role.

The Baby-faced Assassin earns his reputation being a kind-hearted person to sympathise with the players. He understood Jesse Lingard’s personal struggles in 2019, refusing to slate his underperforming player. Once he gets his mindset straight, Ole obtains another player desperate to repay his reward.

Perhaps kindness is his biggest strength as well as the worst enemy. He’s been critical on the disappointments, but rarely slated individuals. This has allowed the underperforming ones to start punching above their weights. Then again, it’s also created entitlement among certain senior members (David De Gea) into overlooking their errors.

It’s time he brings the hammer down on erasing complacency. Of course, Ole would love multiple reinforcements to make his job easier. But Ed Woodward hesitant in January signings. The Norwegian must continue rotating his thinly-threaded squad to survive a long season and hope his trust is rewarded by the players taking things up a notch in 2020.

Chelsea's topsy-turvy season continues. On Tuesday, Frank Lampard's side were demolished by a Bayern Munich team who before the clash at Stamford Bridge, weren't really…

Is resilience Liverpool's number one asset?
By Jordan Street