Is there a place for N'Golo Kante in Sarri-ball?

N'Golo Kante is a phenomenon. Irrespective of which team you support, that's a fact. The entire football world agrees.

Adding to his mystique, the beast on the pitch turns into a tame mouse away from it. Mild-mannered reporter and all that. You've heard the stories. Kante didn't want to ‘disturb’ his French teammates by asking to hold the World Cup. He arrived at Stamford Bridge in an old mini Cooper despite his [then] five-figure weekly wages. His humility endears him to all but the most cynical.

Kante's rise astonishes. Six years ago, he was playing for Boulogne in the French 3rd division. His route from Boulogne to Chelsea went through Caen and Leicester City. Along the way, he picked up two Premier League titles as well as one each FA and World Cups. He's universally respected.

In an ideal scenario, Chelsea would hand him a lifetime contract, gold-plate his Mini Cooper and assign it a permanent parking space, covered of course. Except, nothing's ever that easy at Stamford Bridge.

Beaten, bruised and embarrassed, Antonio Conte was asked to empty his desk only after first being made to conduct the preseason's first training session. Maurizio Sarri brought a new playing style, eye-catching as well as effective.

The outgoing Italian claimed he never practised counterattacks in training despite setting up his Chelsea team to punish opponents on the break. The incoming Italian's first five games yielded 66% possession and 89% passing accuracy.  Now, Chelsea players must be aggressive in the opponent's half, win the ball back, then string together intricate passes to create space for the forwards to attack.

Jorginho followed Sarri from southern Italy. He conducts the orchestra in playing his master's music, always availing himself for a pass, always telling the players around him what to do, where to go. 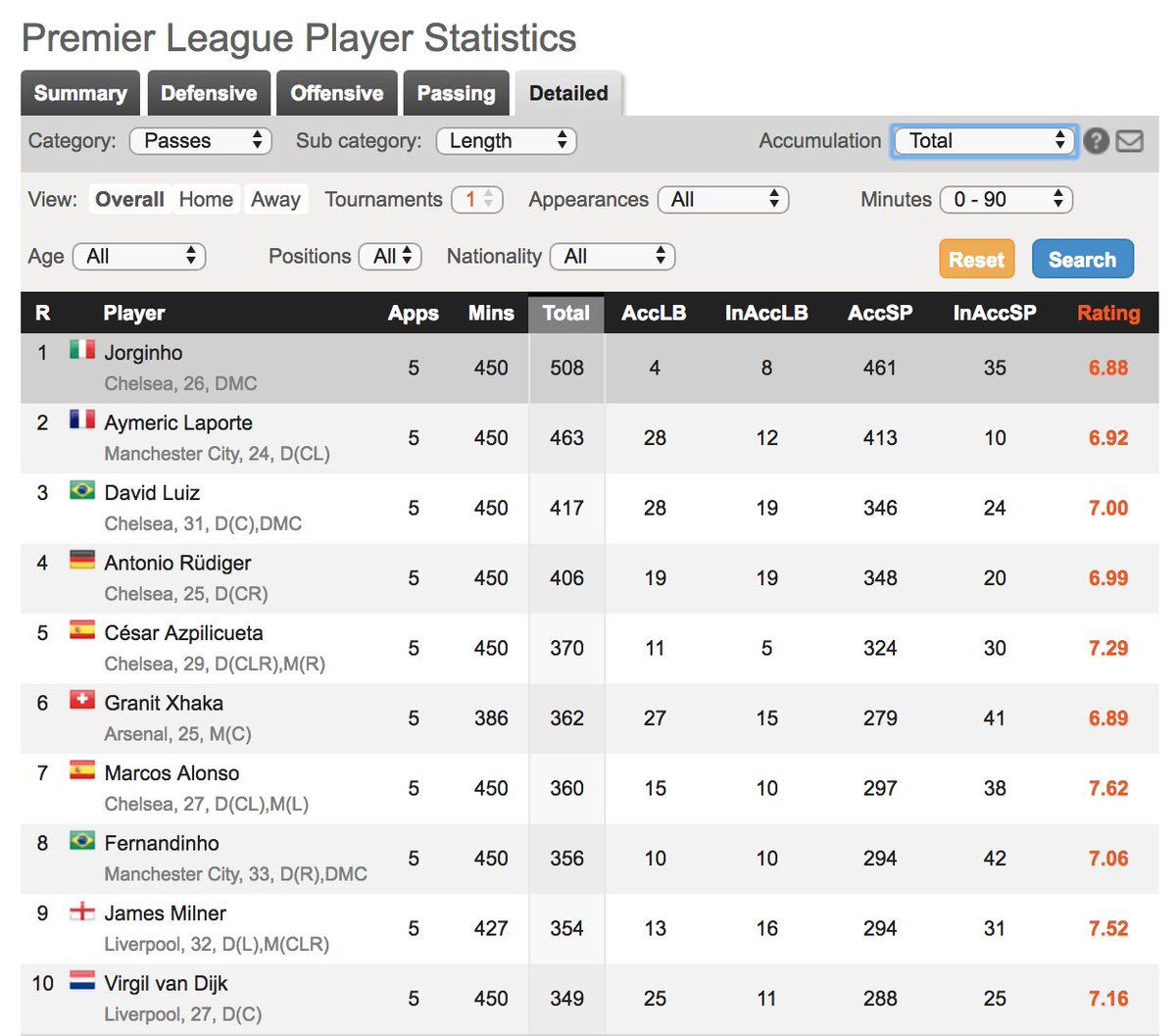 The Brazilian-born Azzurri dictates play from the base of midfield, the traditional territory patrolled by defensive midfielders, aka Kante's patch. Jorginho's not traditional, however. Defensively, the former Napoli man registers 36 recoveries, 5 interceptions, and won 10/22 duels. The problem? He's been unsuccessful in all seven tackles attempted. Kante’s numbers stand at 26, 5 and 20/25 respectively, albeit with a 50% success rate in his dozen tackles.

Jorginho's no slouch, but his numbers mask his defensive deficiency. On the ball, he's anything but deficient. He completed more passes in a recent match than the entire Newcastle squad aligned against him, falling just one shy of Ilkay Gundogan's record 178 attempted passes.

In Sarri's world, Jorginho is more crucial than Kante whose new license to join the attack to keeps him out of the new man's way. Kante now plays on the right in the Blues' midfield trio, higher up the pitch where he can press opponents sooner or flummox defenders by making unexpected runs into the box. What are you doing here?!

Newcastle and Bournemouth’s tactics revealed Kante's weakness. Despite Chelsea's dominance, Kante did not register a key pass, cross or shot on goal. In an advanced role, Kante’s output is subpar. When Chelsea face teams dedicated to a double block it may be advisable to start a more enterprising midfielder in his stead.

Ross Barkley's playing well, but what if Chelsea could find a player to complement Jorginho and Mateo Kovacic? Both Radja Nainggolan and Arturo Vidal presented perfect solutions, but Chelsea dallied, missing out to Inter and Barcelona. The Nerazzurri's Matias Vecino and Milan’s Franck Kessie are options.

In the current transfer market, Chelsea could earn a king’s ransom by selling Kante. Either Vecino or Kessie would cost a fraction of Kante's return. As bizarre as it may seem, selling N'Golo Kante may be the best decision for Maurizio Sarri.

Carlos is 23, Kenyan, living in Berlin and in love with this beautiful game. I live for both idle banter and serious meaningful discussions concerning soccer.

All articles are written in a mixture of emotion and research and you are 100% welcome to give me any feedback whatsoever- in a civil manner.