Is this the beginning of the end for Liverpool's title ambition?

It has been a 29-year wait and most Liverpool faithful can feel the title finally heading to Anfield. But recent results are threatening to scuttle that hope. When a team misses the chance to wrap up the league crown early, on three different occasions, it becomes easy to think maybe it's not meant to be after all. That has become the case with the Merseysiders and the highly-coveted Premier League trophy...

Jurgen Klopp and his team appeared at the Etihad Stadium holding a seven-point lead over second-placed Manchester City in early January. It was a straightforward situation. Win the game and the title race is over. Closing a ten-point gap in the Premier League at the turn of the new year with more than half of the campaign already gone is a difficult task that is almost impossible to achieve. That's especially so when the team on top refuses to lose games.

Before January Liverpool had not lost a single game in the league. Securing 17 wins and three draws in 20 matches is no mean feat. All that was needed was a repeat of such in the second half of the campaign and that long-awaited first league title of the Premier League era would have graced the Anfield trophy cabinet.

But the Reds suffered their first league defeat of the season in a narrow 2-1 loss to their main title rivals. The possibility of going 10 points clear was missed. The gap was reduced to four. Then came another chance last week when City fell to a shock 2-1 defeat away at Newcastle. The Magpies have struggled to for form this season. But the win was seen by some as a favour from Raphael Benitéz towards his former side in the title race.

Beating Leicester City at Anfield was all that was required to reestablish the seven-point gap. Again, Liverpool capitulated, settling for a share of the spoils in a 1-1 result. But getting back to winning ways in the next fixture would have at least kept the lead at five points. Unfortunately, once again points were dropped away at West Ham. With Pep Guardiola's men doing their own job by dispatching Arsenal 3-1 earlier on Sunday, the gap had reduced to just three points. 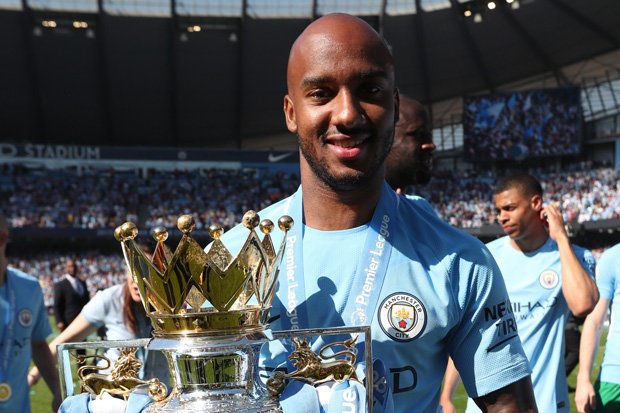 Jurgen Klopp has blamed the unsatisfactory results to injury problems. The team's defence has taken a hard hit. At the moment there is no fit right-back in the squad. Joe Gomez has been out with a leg fracture problem and has just undergone surgery. Trent Alexander-Arnold has been in and out of the team as well. That has resulted in the likes of Fabinho, Jordan Henderson and more recently James Milner being used out of position to compensate for the lack of a natural right-back.

Add to the injury list Dejan Lovren and midfield powerhouse Georginio Wijnaldum and the depletion becomes telling. So much so that Klopp considered a point at West Ham a good result. He insisted the team was not buckling under pressure as suggested in some quarters.

But a history of faltering at the final stages in the Premier League era has dogged the Reds resulting in a failure to emerge champions on several occasions. Most recent was in 2014 when their nemesis City came from behind to lift the crown in the final weeks of the campaign.

Is history set to repeat itself then?

One more slip could be all that is needed for Guardiola's men to upstage the Reds. Klopp's own record of failing to win a single trophy in his three-year spell in England does not make for comfort too. So given the club's history of faltering in the title race in the Premier League era combined with the manager's trophy-less spell in England, this may seem like déjà vu for the Anfield side.

But if what his team has shown in the first half of the campaign is anything to go by, it's a different season for the Merseysiders. Despite drawing the last two games, there are still ahead of the pile. Although with a win against Everton the Sky Blues will go top, top spot could be reclaimed when Liverpool meet Bournemouth in the next match at Anfield. From then on it will require consistency to finally bring home the gold...