Seeing the Gunners finish outside the Champions League places is now a common sight. A 22-game unbeaten run under a new manager inspired hope. Arsenal still finished fifth. No matter how hard they try, it's never enough. Still, Unai Emery continues trying. In the summer, discontented captain Laurent Koscielny left. Gooners wondered who their Spanish manager would tap as the new on-pitch leader. Unlike that undefeated streak, his choice didn't inspire.

Granit Xhaka has committed more costly errors than anyone for Arsenal. His immature tackle on Heung-min Son remains seared into the consciousness of Emirates faithful. Nonetheless, Emery continues to play him in a highly competitive midfield. He started against Liverpool and Spurs, both critical matches, neither ending in victory. The Spaniard obviously considers him a fit for his style. But a captain is supposed to constantly lift up his team, not let them down. What does his designation do to the squad's mentality?

A leader who can't impose his will is an empty vessel. Xhaka won't find it easy flexing his powers. Heaven knows what's running through Emery's mind by picking a man whose participation in each game is questionable. Fans are crying for Xhaka to be dropped since Arsenal has a vast pool of quality midfielders on parade. Mesut Ozil, Matteo Guendouzi, Lucas Torreira, Dani Ceballos. All possess talent to rival the Swiss. None make as many grievous errors.

With fans losing faith in the midfielder, the manager appears focussed on proving them wrong. Giving him the captain armband suggests he is undroppable. Instead, supporters jaws are dropping. Xhaka will be a regular starter for the Gunners. Whether the manager wants a team built around him or not, the stats don't recommend it. He's a conceded goal waiting to happen. 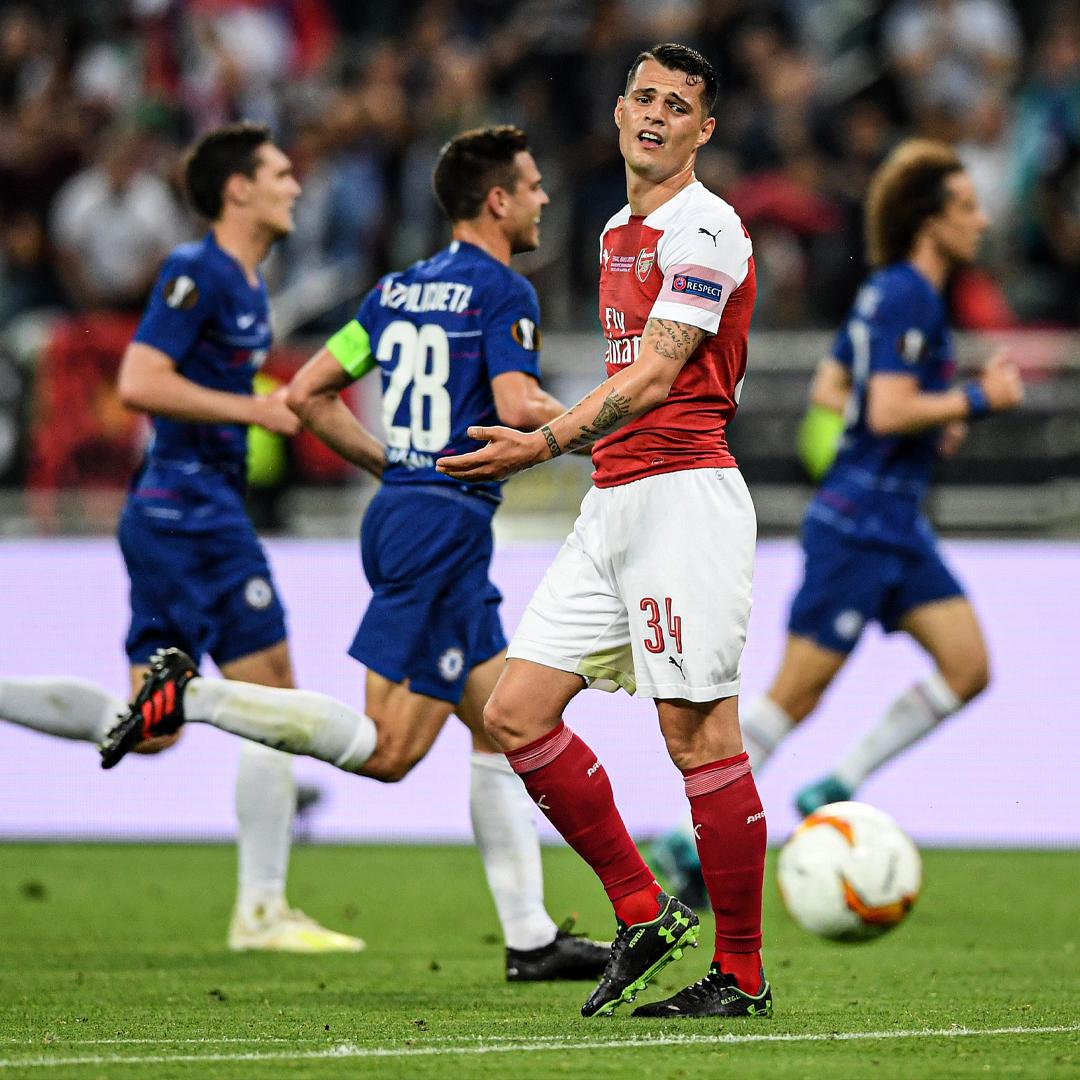 ESPN UK
ESPNUK
Follow
Granit Xhaka has been appointed as Arsenal's permanent captain by Unai Emery. He has made more errors leading to goals than any other Premier League player since 2016. https://t.co/aIYMtEF1K0
Follow
13:00 PM - 27th Sep 19
104
282

Leadership is an innate quality which Xhaka is yet to show. He doesn't control the team. If he leads by example, others are going to make poor decisions in critical moments. The armband demands more than Xhaka can offer.

Emery has better options. At 31, Sokratis possesses the maturity and discipline to marshal the rearguard. Why not the entire squad? The Greek has a season in North London under his belt and is no longer a stranger.

Under any other manager, Ozil would at least be considered. The 30-year-old is far more talented and, when given the opportunity to play, far more influential. No, he doesn't press without the ball or trackback but, until Emery benched him, he was the standard by which Kevin de Bruyne was judged. Giving him the armband might have drawn more from the former German international. When a player consistently scores and provides goals, teammates will cover for his defensive deficiencies happily and look to him to lift the team.

Pierre Emrick-Aubameyang and Alexandre Lacazette's shooting boots serve as the team's most effective weapons. The defence and midfield usually look up to the attacking duo. The pair rarely let them down. Aubameyang demonstrated leadership quality when he gave the penalty to Pepe against Aston Villa. Helping a struggling teammate is the type of gesture that generates respect. After drawing with bottom-table Watford, the Gabonese speedster spoke out regarding his side's foolish errors.

I feel like we are literally giving goals to the opposition.

A captain holds his teammates to account, challenging them to improve. It should also be noticed that Sokratis took responsibility on social media for those dropped points.

There is always the possibility that placing responsibility on Xhaka's shoulders will motivate him to tighten up his game. That's a big gamble for Unai Emery to take, however, when he has suitable alternatives.