The Italian National Team has failed to qualify for the World Cup for the first time since 1958! A 0-0 draw against Sweden at the San Siro on Monday night, was not enough to overturn the 1-0 defeat that the Azzurri suffered in Solna on Friday night. Ironically, the last time Italy failed to reach a World Cup finals was in Sweden, 60 years ago...

Since then, Italy has won the tournament twice (Spain, 1982 and Germany, 2006) adding to the two they won 1934 and 1938, whilst reaching the final on a further two occasions, in 1970 and 1994. Only Brazil (and Roberto Baggio's penalty miss in the 1994 final) stand in the way of Italy boasting the most successful World Cup record in history and their omission from Russia, next summer, is a loss for the sport.

Love them or hate, Italy are the marmite of the international game - they may have bored the pants off you over the years, or the mere mention of 'Calcio', may conjure up romantic memories of Sunday afternoons spent with James Richardson and Football Italia. "Goooalllazio", George Weah, Paolo Maldini, Zvonimir Boban, Gabriel Batistuta, Christian Vieri, Alesandro Del Piero, Branco, Moreno Torricelli, Ruben Sosa, Thomas Brolin, Diadora, La Gazzetta dello Sport - are words and phrases that will all resonate with hardcore students of the Italian game, along with the casual bystanders, those that have seen a passing interest in the famous savoy blue colours transition themselves in to suave football hipsters in recent years.  The popularity of players like Buffon and Pirlo in a social media age, and the subsequent nostalgic appreciation for what they contributed to European and International football over the past two decades, has seen something of an Italian football renaissance in recent years.

It is Gianlugi Buffon who you have to feel most for. The most capped player in Italian national team history turns 40 in January and would have joined an elite group of players that made an appearance at the finals, once 'over the hill'. Immediately after the defeat to Sweden, Buffon announced his retirement from the international game. Speaking about his decision, the goalkeeper tipped the Azzurri to bounce back, saying "There is certainly a future for Italian football because we have pride, ability, determination and after bad tumbles, we always find a way to get back on our feet."

Whatever you think of Italy, the 2018 World Cup won't be the same with this great footballing nation staying at home. 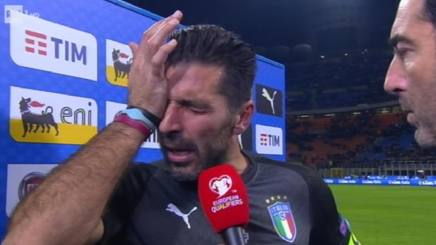