Why Paulo Dybala should be the face of Juventus

Paulo Dybala once again dug Juventus out of a hole, scoring the winning goal against AC Milan in Turin before the international break. Coming on as a second-half substitute for Cristiano Ronaldo, the Argentine playmaker proved why Maurizio Sarri cannot afford to overlook Juve's #10 in the future.

After much speculation during a hectic summer, the 26-year-old opted to stay with the Old Lady. With his future now secure, Dybala has made a flying start to the season, scoring seven and assisting three. However, he continues to be benched (almost a third of his appearances come as a substitute). For a player of his calibre and proven track record, why isn't Dybala amongst the first names on the team sheet?

Dybala always answers emphatically when called upon as the attacking-midfielder is starting to rediscover his form from the 2017/18 term - which raked him amongst Europe's best. It seems as though every single time he takes to the field, Dybala is doing it with a point to prove.

Wearing the iconic shirt number previously donned by the likes of Michel Platini, Roberto Baggio and Alessandro Del Piero, Dybala has been earmarked to follow in the footsteps of those legendary club icons. His superb tally of 22 strikes during the term before last had Dybala reaching for the stars under Max Allegri. However, things have changed considerably for the Argentine.

Ronaldo's arrival at Real Madrid certainly didn't help Dybala. After all, when you're a five-time Champions League winner like the Portuguese is, he's going to start practically every game when fit, thus freezing out Dybala in the process. 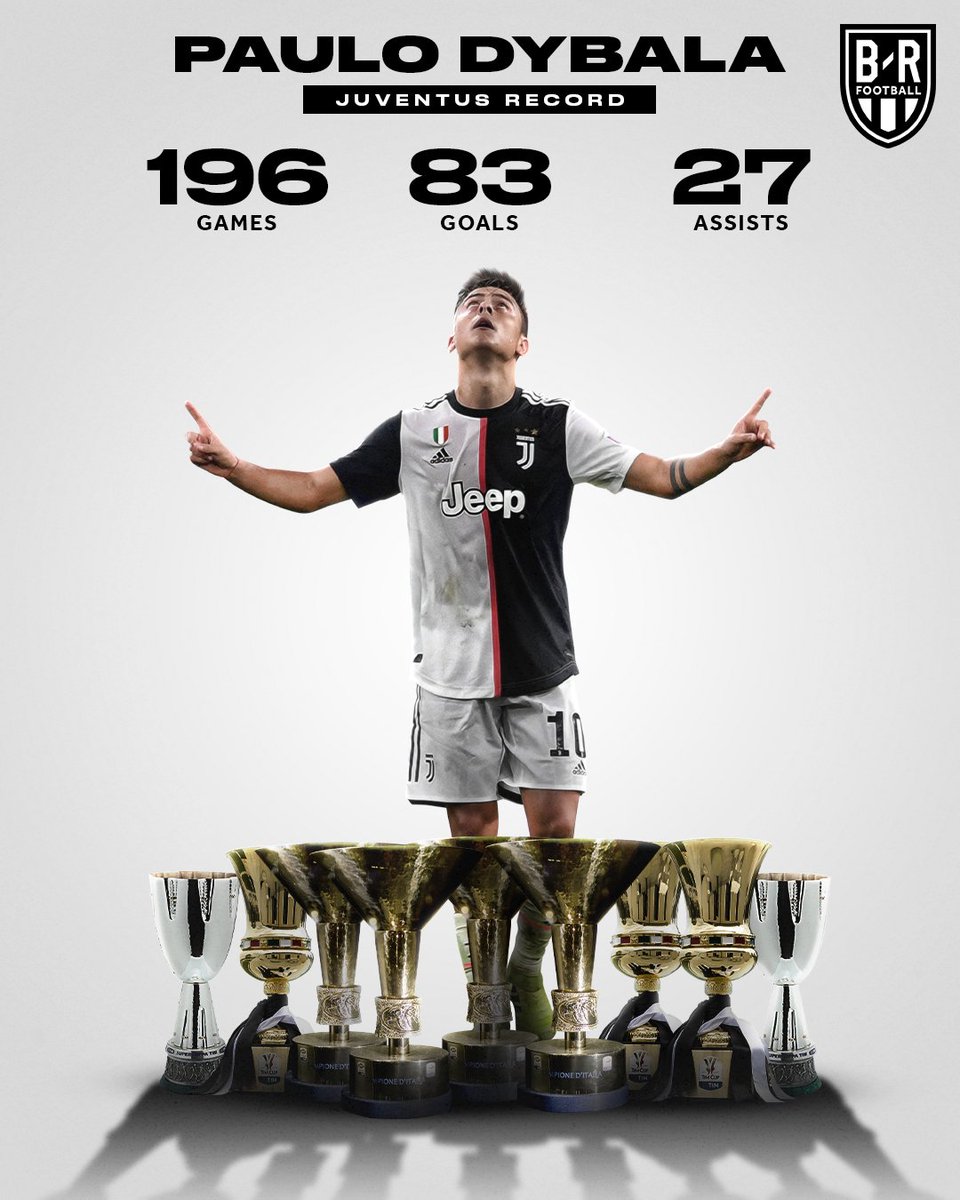 Juventus fans turned their attentions to a new saviour.

Last campaign, Dybala struggled to hold down a permanent spot in Allegri's Juve side, scoring just five league goals before being made available for sale.

As the club invested heavily in Matthijs De Ligt, Aaron Ramsey, Adrien Rabiot and the return of Higuaín, it was reported that Dybala was no longer needed in Turin. Manchester United and Tottenham were the front-runners, though eventually, both deals would fall through.

Dybala's talent is as clear as day and no doubt Juventus fans would have been distraught if the Argentine was allowed to leave. After all, he's a real fan-favourite, though it certainly hasn't been plain sailing for the forward.

The 26-year-old has only completed 90 minutes five times this season, but it's pretty clear for all to see that this Juventus side isn't the same when Dybala is off the field. He started and scored in a 2-1 victory over fellow title challengers Inter Milan, scored the winner against AC Milan and bagged both goals in a come-from-behind Champions League victory against Lokomotiv Moscow. When you add in that stunning free-kick Dybala delivered against Atletico Madrid, what's not to like?

Apparently a fair bit, as Maurizio Sarri continues to utilise his star man as a bit-part...

@PauDybala_JR wins his second MVP of the Month this season, as La Joya takes home the November prize, Powered by @officialpes! 💎💎

When Dybala is fully fit and firing, this Juventus team look at their best. When the Argentine is sat on the substitutes bench, the Old Lady seems to lack ideas, invention and creativity. Coincidence? I think not.

Ronaldo will go down as amongst the best to ever do it, though right now it looks as though his career is trending downwards. After all, he's 34 now and the Portuguese can't go on forever. When Ronaldo was substituted and Dybala introduced against AC Milan, the pendulum swung back into Juventus' favour.

Dybala's ability to operate in tight spaces, wriggle out of challenges, pick the right pass or unleash a fierce shot cannot be understated. When you factor in that Sarri's system is based upon playing centrally, the 26-year-old is tailor-made to flourish in this Juventus setup. It's not controversial to claim that Dybala should be the main man in this system, as week-in-week-out, he proves it.

Maurizio Sarri would be wise to realise that Paulo Dybala should now be the go-to man, or else he could find that appreciation elsewhere...