J.League Title Race down to the Wire

Kashima Antlers may be left rueing this season. The league leaders could have wrapped up the title several weekends ago, but they have left the door wide open for Kawasaki Frontale to win it on the final day.

Few Japanese football fans expected Kashima Antlers to win the league last campaign. Even less could disagree that the Antlers have been superb this time around, deserving of the title.

The job isn't complete yet, though. Kashima have already missed several chances to wrap up the championship. Their failure has kept Kawasaki Frontale in the picture.

Kashima's problems can be traced back to mid-October when Yokohama FM upset the applecart by defeating the Ibaraki club 3-2. Confidence took a real dip as they were then ejected from the Emperor’s Cup by Vissel Kobe in the same week. The Antlers have since looked a mere shadow of their former selves.

Less than convincing wins against Consadole and Urawa helped recover points, but Kawasaki continued to breathe down their necks. Last weekend’s meeting with Kashiwa Reysol provided an ample opportunity for Kashima to win the league, yet they couldn’t finish it, drawing 0-0.

Meanwhile, Kawasaki have applied pressure to the Antlers by going undefeated in their last five league games. The chasing team recently had the luxury of a midweek game in hand. Their opponent was none other than the Asian Champions League winners, Urawa Red Diamonds. Frontale travelled to the Saitama 2002 stadium, the same ground the home team were crowned kings of the continent less than a week prior. The task was simple: win or gift the title to the Antlers.

Yu Kobayashi was the difference between the two sides. The man from Machida scored the game's only goal and as a result, ensured that Kawasaki prolonged the title race.

Heading into the season's finale, Kashima lead the table with 71 points, while Kawasaki has totalled 69. The two-point difference is enough to get the hypothetical theories out. Here’s a condensed version.

Kashima draw, Kawasaki win = both teams level on 72 points and the title decided on goal difference. The Antlers currently have +22, while Kawasaki sits on +34. Given the disparity, Kawasaki would almost certainly claim the crown.

Although Kashima enter the final weekend in slightly worse form, it’s still their title to lose. Their final contest is not terribly desirable, however. Júbilo Iwata, placed fifth on the table, has made the Yamaha Stadium into a fortress, losing just once in their last ten games. They are also chasing their best finish in J1 for 11 years.

As the reigning champions, Kashima possess the ability to overcome difficult challenges. Key players must perform, though. Mu Kanazaki continues to prove himself at the top level of Japanese football. He would comfortably walk into most teams in the league. Newly signed Leandro has fit exceptionally for a debutant. The Brazilian has 11 goals in only 22 games.

The Antlers will aim to secure three points to take all power away from Kawasaki. Any other result plays dangerously into Frontale’s hands. Kashima can't afford to slip up, again. 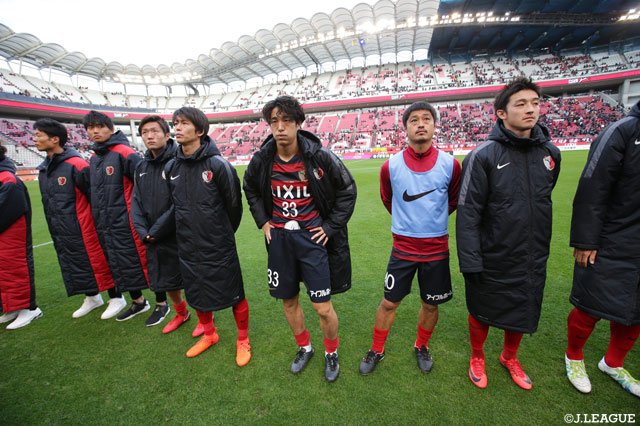 Kawasaki has a much easier task. A home tie against already relegated Omiya Ardija, a side which haven’t won a league game since early August. Although Frontale is reliant on Jubilo Iwata getting a positive against the Antlers, they need to focus on their own game.

The roars inside the Todoroki Athletics Stadium, coupled with the special occasion, should be enough to inspire Kawasaki players such as Kengo Nakamura, Yu Kobayashi and Shintaro Kurumaya.

In earnest, this kind of drama was missing from the J1 League last season. The two-tier system was rotten. It promoted the notion that bad play throughout the campaign could deliver the title. The fans demanded one stage, one table setup. They got it. In its primary year, it’s managed to create an exciting photo finish between Kashima Antlers and Kawasaki Frontale. The Japanese football scene is on tenterhooks.