For years, decades, in fact, Southampton has been a hotbed for young up-and-comers. The Saints have always been superb when it comes to developing, harnessing and producing teen-sensations. That's largely down to their beliefs, ideologies and world-class facilities.

Household names like Gareth Bale, Theo Walcott, Luke Shaw and Adam Lallana have all come and gone. These days, Southampton's top homegrown prospect is none other than James Ward-Prowse. The midfielder has been at St Mary's Stadium since way back in 2003, to put that into perspective, he joined the south coast outfit before he was ten years old. He's now 24.

After showing early promise following breaking into the first-team, Ward-Prowse has sort of been placed in that 'what if' category. There have been seasons where the #16 has been somewhat forgotten about due to ineffectiveness, although you can stick some of that blame on the long list of managers that he's worked under. That hasn't been the case with Ralph Hasenhuttl, though. Under the Austrian, Ward-Prowse is flourishing.

The Englishman was somewhat guilty of turning into a 'set-piece merchant'. It's true that Ward-Prowse is amongst the best in the world in that sense. Hasenhuttl is proving that there's more to his game than that. He's shown a real maturity this term, a grit and determination which is a must if you're to reach football's pinnacle. Since the year's turn, Ward-Prowse has scored six goals. Southampton has earned points in five of those fixtures. Those points could well guarantee The Saint's place in the Premier League for the 2019/20 campaign. 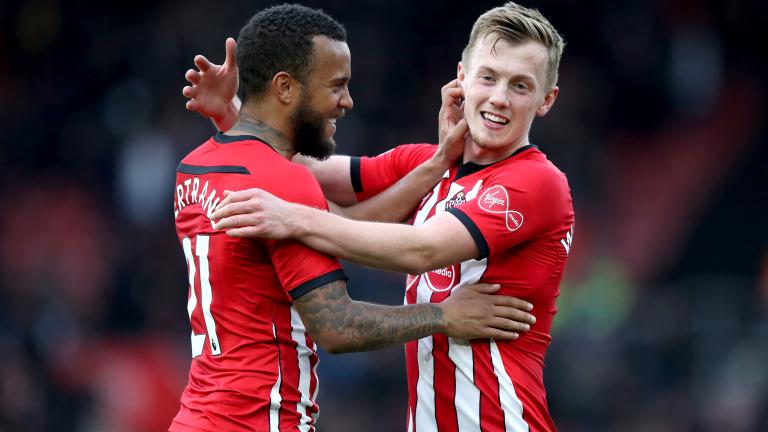 Hasenhuttl has a player whom he can trust. Ward-Prowse is also versatile. Not only can he play in central midfield, he can be called upon further up the pitch while also having the ability to perform on either flank if required too. The fact that he's a true jack of all trades means regular minutes are almost guaranteed.

What's most telling for me is the fact that Ward-Prowse is now back in the England mix. Before earning Gareth Southgate's trust during last month's international break he'd only played once for the Three Lions. That was back in 2017. Don't forget that this comes at a time when England are playing their best football in over a decade. It's a brilliant compliment that Ward-Prowse is being considered.

I guess the only real mark amongst his name is consistency. If Ward-Prowse can continue to impress from now until the season's end, the confidence that will bring along with it could be the making of another emerging star to come out of one of English football's true breeding grounds. He should view this as the true start of what could be a glittering career.

The world is Ward-Prowse's oyster. He's a talented fellow with his best years still to come. For now, it's right that he continues to perform at a high level for the club who has given him the platform to showcase his brilliance, but going forward, I wouldn't be surprised if he moves to one of the so-called Premier League big boys...