Japan qualify for Russia 2018: How did Samurai Blue do it?

Takuma Asano beat a Socceroos offside trap to volley home from Yuto Nagatomo's cross on 41 minutes. His strike gave the hosts a 1-0 half-time lead. Yosuke Ideguchi made it two with a curling strike in the game's closing stages, igniting wild celebrations among the 60,000 fans at Saitama Stadium. 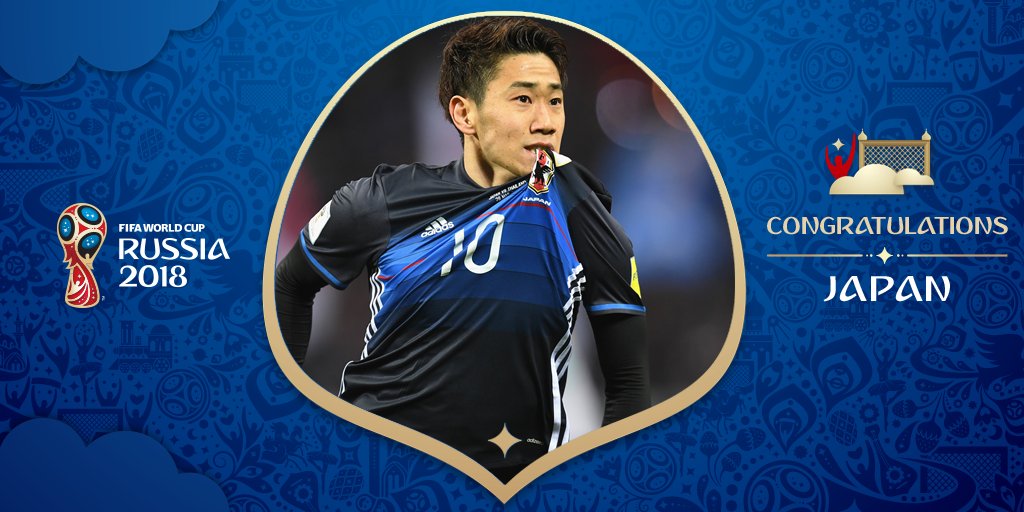 FIFA World Cup
FIFAWorldCup
Follow
Qualified! 👏👏👏
🇯🇵 Japan join 🇮🇷Iran, 🇧🇷Brazil & hosts 🇷🇺Russia at the 2018 #WorldCup https://t.co/kN8Tw7kjrR
Follow
13:29 PM - 31st Aug 17
2487
4539
While Japan may be heading to the global finals, it is an entirely different case for the Aussies. They sit a precarious third in the group on goal difference.

The Journey to Russia

Japan were drawn in Group E alongside Syria, Singapore, Afghanistan and Cambodia for qualifying's second round. The four-time Asian champions were tipped to ease through this group. They did so in grand style. Of their eight games played, Vahid Halilhodzic's team won seven, drawing one. Even more impressive, they notched 27 goals without conceding.

Then came the business end of things. Two groups of six play the final qualifying round. Japan found themselves in tough company, next to Australia, Saudi Arabia, United Arab Emirates, Iraq and Thailand.

First up for the Samurai Blue was a home tie against Iraq. While unconvincing in their play, Halilhodzic's team still managed to win 2-1.

A tricky trip to Australia was next. Worst case scenario, a point would be enough for the visitors. They achieved just that.

Then came a run of three successive victories, a squeaker against the Saudis followed by impressive wins over UAE and Thailand.
Their next game didn't exactly go as planned. Japan was held to a stalemate by Iraq. Pressure began to pile up. Halilhodzic was even touted to be on his way out. His team needed to avoid defeat at home against the Aussies who, at 16 points, were just one behind them.

The meeting had all the makings of a classic encounter. It turned out to be a festival for the Land of the Rising Sun as Japan head to their sixth successive Mundial.

What to expect in Russia

Japan is an evolving team, blending youth and experience. Makoto Hesebe, Shinji Kagawa, and Keisuke Honda's stardom has more recently been overshadowed by lesser knowns--certainly beyond Japan's borders, at least. Emerging talents Yuya Kubo, Genki Haraguchi (a Halilhodzic favourite) and defensive midfielder Yosuke Ideguchi, have shown they're ready.
Still, they must put their acts together to avoid another uneventful outing at the global showpiece. The Samurai Blue flopped in Brazil, exiting in the group stage despite qualifying first among Asians. It's a fresh team, now. Expectations are for the East Asians to better their best ever round of 16 finish in Russia.