Why has Jermain Defoe been consistently neglected by England?

After leaving Tottenham in January 2014 aged 31 to join Canadian side Toronto FC, it seemed that Defoe's career was going to end with a few teams across the globe.

However, an inspired move from former Black Cats boss, Gus Poyet, saw Defoe return to England to join Sunderland a year later, his four goals during that 2014/15 campaign saw his side secure Premier League status for another season.

The following campaign, Defoe managed to notch 15 goals in a Premier League campaign that saw Sunderland struggle for the majority of it, but somehow survive in large due to the forward's strikes.

His form last season consequently saw calls for Defoe to receive a recall to the England side for Euro 2016. In fairness, the competition for places up-front was one of the hardest decisions Roy Hodgson has to make, with the likes of Daniel Sturridge, Jamie Vardy, Wayne Rooney, Marcus Rashford and Harry Kane all in contention to lead that forward role.

Yet, judging by Defoe's record for England which has seen him strike 19 goals in 55 caps - most of which as a substitute – a real reason why the former Charlton Athletic youth has not featured within the Three Lions squads cannot be fathomed.

Certainly, if the former West Ham and Tottenham forward was 10 years younger, he'd be guaranteed a spot within the squad. Only Kane's goalscoring record over the last two seasons in the Premier League is better than Defoe's.

Of course, you can understand why Hodgson and Gareth Southgate are looking to the future and want to give game-time to players such as Rashford, but if you look at sides such as Germany, Spain and Italy, they have always picked a player based on their record or ability rather than just potential.

Miroslav Klose was 36 when he played his last game for the Germans, Aritz Aduriz recently was called up to Spain's national team after the 35-year-old netted 36 times for Athletico Bilbao, while Antonio Di Natale was 36 when he was last called up to Italy's squad in 2012.

You wonder what Defoe experience can give the likes of Rashford or Kane and the rest of the England squad. In their last international squad, only Joe Hart had more caps than Defoe, which suggests that the call for more experience is needed.

Moreover, with the disappointing form of Vardy and Sturridge this season and the lack of game-time up-front for Rashford, you would put Defoe over the trio for the next squad which is to be announced by Southgate in March.

But for now, Defoe will be focusing on trying to keep Sunderland up for a third consecutive season. As captain he is a leader on and off the pitch, judged by the picture taken with him and young Bradley Lowery, who is suffering immensely with cancer. 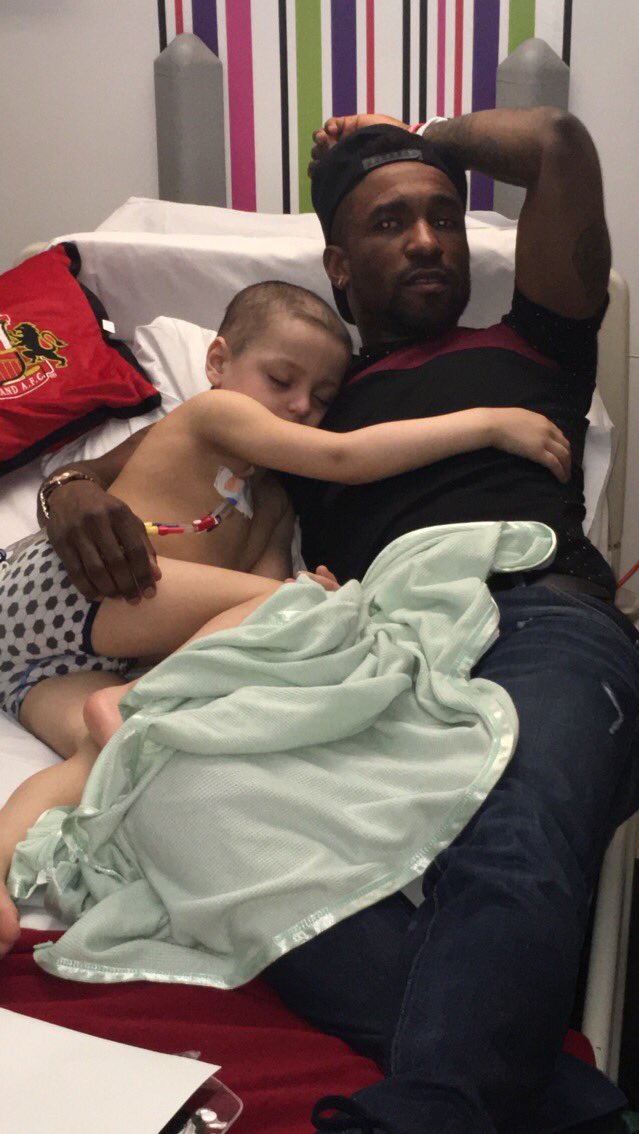 Bradley Lowery
Bradleysfight
Follow
Bradley loves @IAmJermainDefoe he didn't want him to leave today and fell asleep cuddling into him #specialbond #bestfriends https://t.co/sn2symKhdv
Follow
17:03 PM - 9th Feb 17
27590
71323
For that alone, Defoe deserves respect and is due another opportunity of showing what he can give England for the next upcoming months.

Greg Stubley
Greg graduated with a first in Sports Journalism from the University of Brighton in Summer 2016 and has already managed to gain experience in the industry, working for companies such as Charlton Athletic and talkSPORT. Greg is currently the regular commentator on Charlton's "CAFCPlayerHD" service, bringing full-match live commentary along with Terry Smith of Addicks' games up and down the country for subscribers to listen.