By Adam Cattell
Australian Football Carl Robinson Crystal Palace Joe Ledley Newcastle Jets Signing Wales A League Cpfc Njfc
Dragons are known to hibernate. Joe Ledley only played five competitive fixtures in the past two campaigns. Can he wake up Down Under?

Joe Ledley has swapped South Wales for life in New South Wales. The Welsh midfielder signed a deal with A-League side Newcastle Jets until the end of the season.

Since his one-month contract with English Championship side Charlton expired at the end of January, Ledley had been training with League Two outfit Newport County; a short drive from his Cardiff home.

County had hoped to strike a deal to sign the 33-year-old, with Ledley recently admitting he'd like to play closer to home:

‘There are options, but for me I’d like to be closer to home’. I’ve been away, only for a month- and family comes first for me now.’

It would appear, though, that the former Crystal Palace, Cardiff City and Derby County man has reconsidered. Instead, he'll make the move Down Under to link up with former Welsh teammate Carl Robinson, who was recently appointed Head Coach by the Jets.

Despite Ledley’s earlier insistence of staying local, perhaps the transfer should not come as too much of a surprise. Ledley is represented by Avid Sport Entertainment, of which Robinson has close links to Managing Director David Baldwin. Several Jets players are also on the Avid roster, including Bernie Ibini - who joins the Welshman at the McDonald Jones Stadium, the pacy winger making his A-League return after a three-year absence.

Both men will come into a side bolstered by a four-match unbeaten run which has lifted the Jets off the foot of the table. The only way is up. 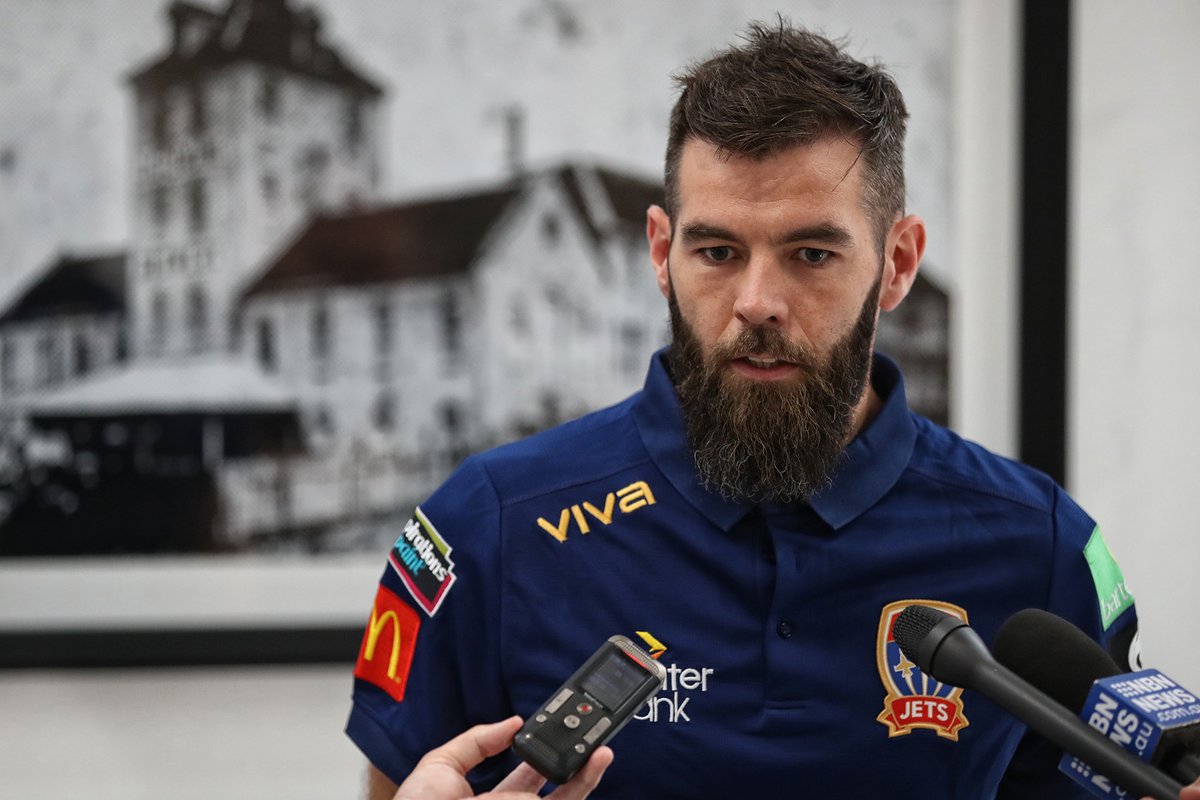 NEWCASTLE JETS FC ✈️
NewcastleJetsFC
Follow
"If I enjoy it then, hopefully, I'll be here next season." Joe Ledley fronted the cameras for the first time as a Jets player today! #MadeOfNewcastle

There will rightly be question marks over the fitness of Ledley, who has been restricted to just five appearances over the last two terms.

What cannot be denied, however, is his pedigree. Ledley has spent his entire career playing in the Premier League, EFL Championship and Scottish Premier League. He also has Champions and Europa League experience under his belt, famously being immortalised in song by some young Thai Schoolchildren. He was an ever-present in the Wales side on its famous run to the semi-finals during Euro 2016, too, winning the last of his 77 caps in June 2018.

Ledley had not given up on a return to the national fold, but by making the move to the A-League, those chances must now seem remote. Not to mention the emergence of young Welsh talents such as Ethan Ampadu, Harry Wilson and Daniel James who now stand in his way.

In his pomp, the midfielder was known for his high energy and work-rate, renowned as a ‘box to box’ midfielder. But Ledley’s first task will be to force his way into a side marshalled well by Angus Thurgate and Steven Ugarkovic during the Jets' recent uplift in form.

The likes of Thurgate, just 20, may benefit from having Ledley on hand to pass on some extra know-how. Boosted too by the return of Irish schemer Wes Hoolahan during the weekend's 1-1 draw with Melbourne Victory, the Jets will be looking for a strong finish to what has been ultimately a disappointing campaign.

For Ledley, the chance to claim some much-needed first-team minutes will be an opportunity to put himself in the shop window for a possible return to club football in Europe.

Alternatively, should he impress sufficiently, the Jets may well look to keep the midfielder beyond this season.

It’s unlikely Ledley will feature in Newcastle’s clash with Perth Glory this coming weekend. With a bye to follow this round, and with added time to continue on his fitness, an A-League debut away at Adelaide on Sunday 15th March would appear to be in the offing. It's up to the midfielder to grab that chance with both hands.

Leave a comment
Latest A League Articles
Can Carl Robinson lift Newcastle Jets from the doldrums?
By Adam Cattell