Not many footballers turn down a move to one of Europe’s top clubs when they are 17, but that’s what Andy Delort did.

As an ambitious and impressionable teenager, the French-Algerian was linked with the likes of Bordeaux and Borussia Dortmund. On trial with the German giants, he was briefly the frontman in a side that included the likes of Shinji Kagawa and Mario Gotze. They went on to be first-team regulars with BVB. Delort chose a different path.

A contract was offered by Dortmund in 2008, who had just appointed a bloke called Jurgen Klopp as their manager. His coach at AC Ajaccio, Didier Lelong, told him: “A player who leapfrogs burns his wings.” Sage advice on paper, but it spawned a thoroughly disastrous outcome. Delort instead moved to Nimes Olympique and made only three appearances in his first year. All came from the bench.

Instead of training with future stars of the game at Dortmund, he wallowed in a backwater of French football. Rather than learn from Klopp, who would go on to be amongst the best coaches around with a reputation for giving youth a chance, he would rot in the reserves at a Ligue 2 side.

Five years later, he signed for Tours for £540k. In the meantime, he had returned to Ajaccio and scored just seven times in 55 appearances. A loan spell at Metz was similarly fruitless, but it was at his new club that he would announce himself as a striker with serious talent.

25 goals and eight assists in 2013/14 supplied Tours with the firepower for a promotion bid. Although they would miss out on a place in the French top flight, Delort once again courted interest from bigger clubs in Europe.

But he wouldn’t go to one. Wigan Athletic was his bizarre destination. Going from the verge of signing for Borussia Dortmund to failing to score in 11 appearances for the Latics was indicative of a pretty disappointing career trajectory.

But that’s what happened. His spell in England was a disaster and a return to Tours wasn’t much more inspiring. The player’s confidence was low and it took spells at Caen and Mexican side Tigres to build it up again, before finally looking like he will fulfill his potential after a positive last couple of years at Toulouse and Montpellier.

2018/19 was arguably his most successful season to date. On loan at La Paillade, 14 goals and seven assists weren’t as high as his time at Tours, but this was in Ligue 1. At 26, he had finally proven that he can cut it playing against quality opposition.

It convinced Montpellier to sign him permanently this summer. They will have been delighted to secure his signature for just £4m, especially considering reported interest from the Premier League. A first call up from Algeria this year further boosts his credentials, as he played in five of their seven matches in their African Cup of Nations triumph in Egypt. 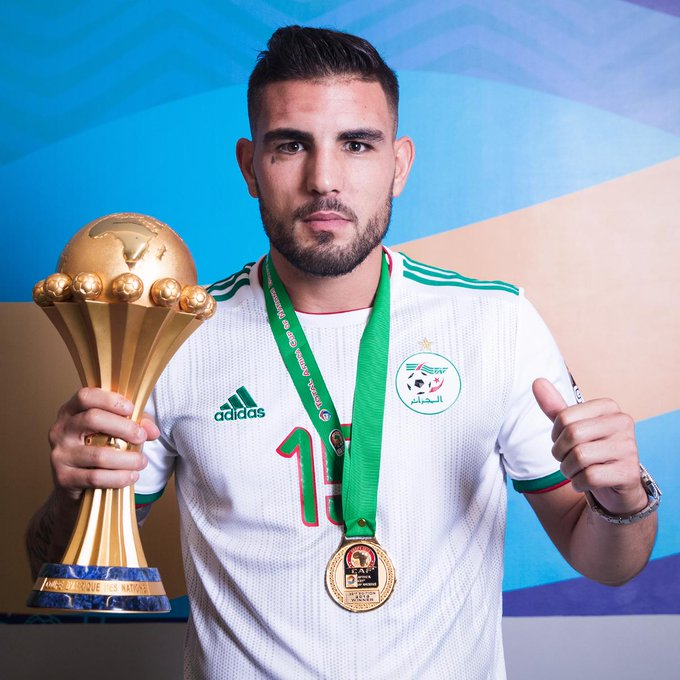 The big move may not yet have materialised for the French-born forward, but another good season could see that change. He was reportedly on the radar of Premier League new boys Sheffield United before choosing to return to Stade de la Mosson. Perhaps his last taste of English football has made him wary of a move to British shores.

But it appears that another strong showing in France this season is required to convince others around Europe to open their wallets. After all, false dawns have been a regular fixture of the 27-year-old’s bizarre career.

Delort didn’t start the season in a convincing manner. He was given the opportunity to get off to a flyer with a penalty in the opening day clash with Rennes. His tame spot-kick was saved and his side lost 1-0 to the 10-man visiting team.

But he got back on track in his second, and most recent, outing away at Bordeaux. He produced a fine acrobatic volley to put his side ahead in the first half. Montpellier would draw the game as Josh Maja equalised for the home side, but it was a goalscorer’s finish to compliment an excellent cross from strike partner Gaetan Laborde. More service like this, and Delort will be scoring for fun on this evidence.

Late-blooming strikers are not uncommon. Aritz Aduriz is still going strong for Athletic Club at 38. Jorge Molina almost fired Getafe into the Champions League last years as a 37-year-old. Jamie Vardy was 27 before he played in the Premier League and his goals famously led them to Premier League glory.

Delort is the same age as Vardy was then. He will take inspiration, and hope that his career can be the story of another footballing fairytale.