How high can Sevilla aim this season?

Sevilla ranks as one of La Liga’s most consistent teams during the last six seasons. In that period, Los Hispalenses have claimed two fifth-places, one fourth, finished seventh twice, and sixth in 2018/19. Not restricted to performing in Spain, they’ve also tasted continental success, winning three consecutive Europa Leagues from 2014-16. With a new campaign underway, what should their expectations be?

Lopetegui is keen for redemption at the Ramon Sanchez-Pizjuan. The 52-year-old was sacked as Spain boss during World Cup 2018 owing to his announcement as Real Madrid’s next coach. He lasted less than four months at the Santiago Bernabeu. He’s hoping to cast those memories aside this season.

Of those 12 additions, seven started Los Nervionenses’ opening 2-0 La Liga victory away at Espanyol on Sunday. In fact, Reguilon broke the deadlock on 44 minutes before setting up Nolito to wrap up all three points with four minutes remaining. 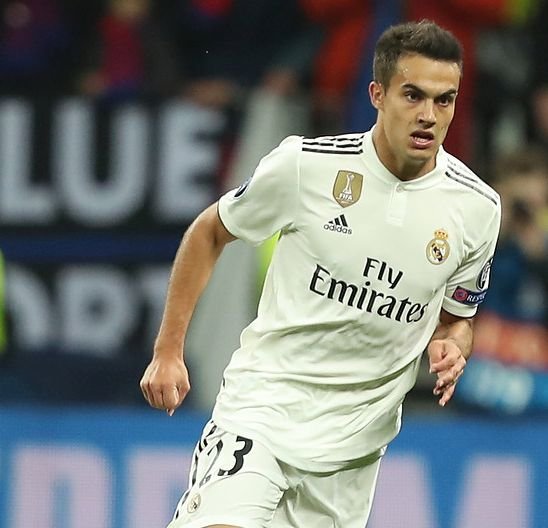 Two goals while keeping a shutout is an excellent start. Sevilla’s attack was decent last campaign. Only Barcelona and Real Madrid bettered their 62 league strikes. It’s defensively they must improve after conceding 47 times, the worst record of top-six sides.

Next up for the Seville-based outfit is tonight’s home encounter against Celta Vigo. They travel to Alaves on 15 September then face their first big test when welcoming Real a week later. Lopetegui’s team should target seven points from those three games. To achieve that, and also prosper beyond, they’re relying on all areas to shine.

Centre-back Daniel Carrico has entered his seventh season as a Sevillista. The Portuguese’s experience means he’s rarely caught short. Potentially next to him, Dane Simon Kjaer provides a warrior-like attitude. At left-back, Reguilon has already made his mark. The Spanish U21’s link-up play offers a major threat. Jesus Navas was deployed at right-back against Espanyol. Although not a natural defender, the Spaniard possesses stamina in addition to crossing ability to perform there. Other back-line options include Carlos, Kounde, Sergi Gomez, and Sergio Escudero.

In central midfield, Fernando is expected to have a prominent role. The Brazilian veteran excels at both blocking, intercepting. Style to his fight, Ever Banega supplies controlled possession together with close-control dribbling. Oliver Torres completes this formidable trio. The Spaniard’s skill set incorporates tackling alongside long-range shooting. Backing up these three are Jordan, Gudelj, and Franco Vazquez.

Up-front, De Jong scored 28 Eredivisie goals in 34 matches for PSV Eindhoven last campaign. The Netherlands international is deadly with his feet and head. He faces competition from Dabbur, a 15-time capped Israeli. Supporting them from out wide, as likely game changes off the bench, former Barcelona youngster Munir El Haddadi and Lopes. Ocampos began the first contest. An Argentine, he’s a solid passer who contributes defensively.

Arguably Lopetegui’s most valuable asset, Nolito is an all-round winger whose good vision coupled with finishing enables him to both create and score. The Spaniard has a big role in 2019/20.

Nolito’s Sevilla face a daunting task to make a significant impact on La Liga. Champions Barcelona, having reinforced with talents such as Frenkie de Jong and Antoine Griezmann, will no doubt be strong again. That’s despite Blaugrana’s shock 1-0 defeat to Athletic Bilbao on opening day. Real Madrid, meanwhile, overcame Celta Vigo, 3-1, in their first match. After adding Eden Hazard among others, expect Los Blancos to improve on last season. Atletico Madrid provide stern competition as well. Los Rojiblancos’ new-look unit won their opener at home to Getafe, 1-0. Others threatening for European places include Valencia and Bilbao.

Los Hispalenses’ hopes extend to both the Copa del Rey, a trophy they last won nine years ago, and Europe. Their Europa League campaign kicks in on 19 September. The competition’s stand out teams prior to Champions League sides dropping down are Arsenal, Manchester United, as well as Roma.

This isn’t the same Sevilla which held European dominance under Emery. Lopetegui has work to do. He must ensure defence improves while finding the right attacking balance. At best, his charges will produce two decent cup runs to make the quarter/semi-finals and snatch La Liga’s fourth spot behind Barca, Real, and Atletico.