They all make mistakes. That includes the best. It only becomes a problem when mistakes become too regular and costly. Kalidou Koulibaly knows what I mean.

When it comes to the Scudetto, this season, Napoli are in trouble. Their fortunes are better in Europe but the business end of the Champions League lies on the other side of the New Year.

Too many dropped points from costly errors, especially in defence, trouble Carlo Ancelotti. His best defender is the most culpable. For a centre-half widely regarded among the world's best, that's rather unfortunate. The Senegal international usually draws comparisons to the creme de la creme. These days, the cream has turned.

The 28-year-old 's name was consistently dropped alongside Sergio Ramos, Virgil van Dijk and Gerard Pique. Now, it's the gaffes and howlers that are consistent. The worst was the last-minute own goal that gifted Juventus three points in their first meeting of the campaign. The disease appears contagious. The entire team has been leaking goals since, conceding 15 times in 11 league games. Only Atalanta concede more among sides in Serie A's top half.

You would think Kostas Manolas signing from Roma would give the Partenopei a defensive partnership to rival Leonardo Bonucci and a healthy Giorgio Chiellini with the Old Lady. The Greek spent the last five years contributing top-notch performances at the Stadio Olimpico. At the San Paolo, he and Koulibaly can't get on the same wavelength. 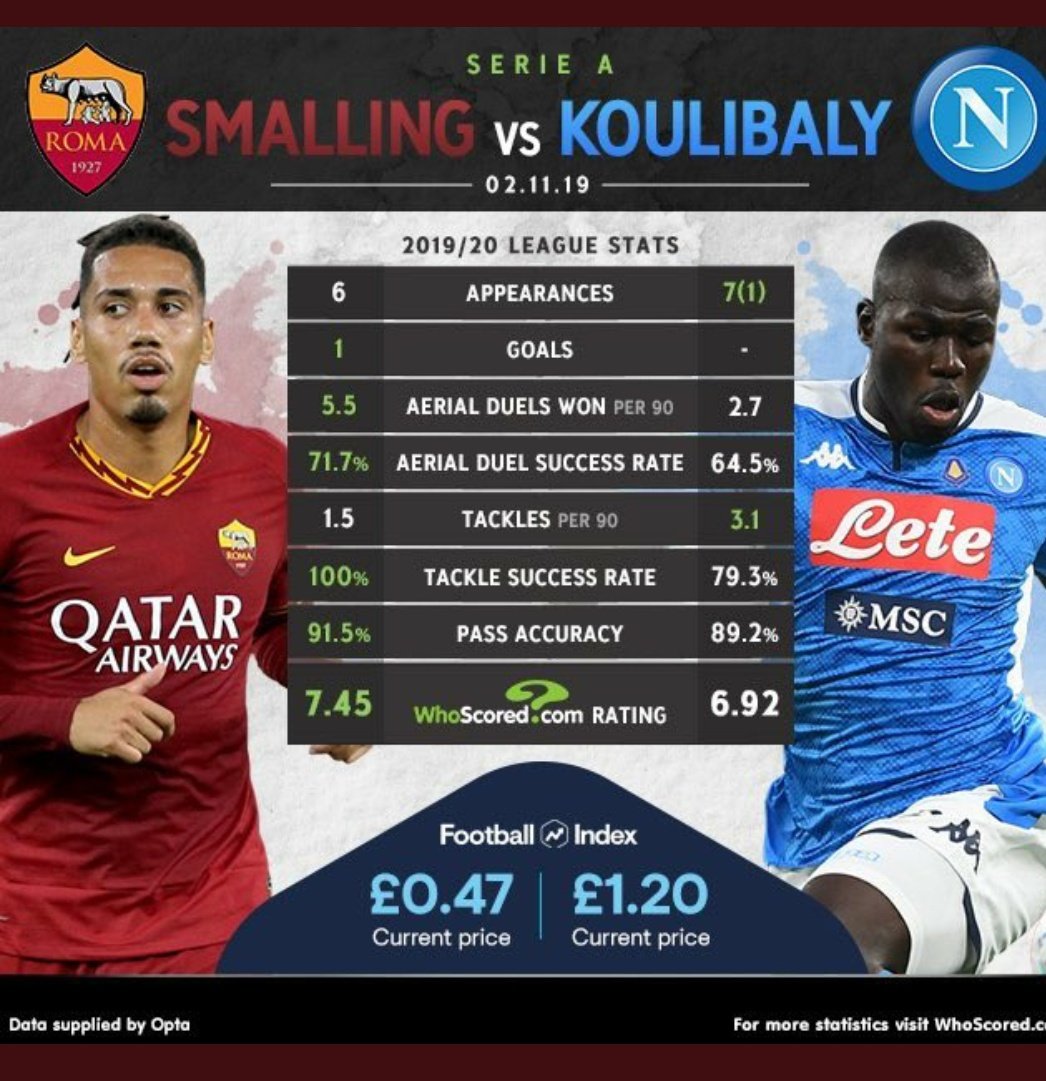 Fucking delighted for the lad tbh 👏🏼

Many wondered what the Giallorossi were thinking, setting up a direct rival for a run at the Bianconeri crown. Maybe the Roma board knew something no one else did.

Defensive frailties wreaked havoc on Napoli in the past week's league play. Atalanta came from behind to snatch a 2-2 draw and Manolas' former mates stole a 2-1 victory. Both clubs solidified their places up the table at Napoli's expense. Even Cagliari took advantage, leapfrogging Gli Azzurri into sixth.

In Champions League play, the opportunity existed to set things right against RB Salzburg. Koulibaly fluffed his lines again. The France-born defender gave away a penalty just 11 minutes into the match, tripping Hee-Chang Hwang in the 18-yard box.

Ancelotti's side battled back to level terms but the match was there to be won, especially playing in front of the home fans. Ultimately, the whole team, including the boss, must bear responsibility for the poor results but a shaky central defence who give away goals so easily crushes a squad's confidence.

Koulibaly must clean up his act and rediscover the form that made him Lega Calcio's best defender in 2018/19. His reputation remains salvageable but for how long? And what about Napoli's season? If they are going to make another run at Juventus, they can't cede any more ground. Not only is the defender's form at stake, but his reputation as a leader.

Crucially, it's left for Ancelotti to find a way to get the best from his players. Otherwise, he will pay the price in the end. Even the best managers do.