Until last season, Real Madrid was a force to reckon with in Europe. Three consecutive Champions League triumphs set the club in a class of its own. With four in five years, Los Blancos looked unstoppable. They were the side everyone wished to avoid in the tournament.

Things fell apart when Zinedine Zidane unexpectedly resigned and Cristiano Ronaldo left for Juventus in the summer of 2018. The team suffered in their absence. The Merengues endured a torrid outing last season, finishing 17 points below champions Barcelona and embarrassed by a young Ajax side at the Santiago Bernabeu in March to prematurely end their European reign.

Zidane returned to salvage what he could of the campaign and rebuild in the summer. His new side are right there with Barcelona in the hunt for the La Liga title and they look formidable in the Champions League again. Their European litmus test comes against Pep Guardiola and Manchester City in January. Tonight, they face Barca in the much-anticipated Clasico delayed by political unrest in the [not so] autonomous Catalan region.

The Santiago Bernabeu is alive again. Madridistas are happy to witness the positive transformation, elated that they can dream of winning a trophy once more. This meeting between the two giants takes place at the Camp Nou, however. Real won't enjoy the support of their fans. Instead, their hopes ride on the hero who's risen in Ronaldo's wake, Karim Benzema.

In recent years, Benzema was kept in Madrid's starting lineup due to his understanding with CR7 on the pitch and a deep bond with the manager off. While he helped keep the Portuguese on song, the Frenchman was left with little to sing about himself. He scored just five La Liga goals in their last season together. A legion of critics wanted him replaced.

Fast forward two years and the striker is the main man at the Bernabeu. He's raised his game to stand alongside the most prolific scorers in Europe. He's bagged more goals for Real in the past two seasons than Ronaldo's managed for Juventus. Benzema currently tops the Spanish scoring charts along with Lionel Messi. Each claims a dozen goals. He also potted four goals in the Champions League and seven assists in the two competitions combined.

Like Benzema and Messi, Real and Barca share the top spot in the table. Los Blancos missed the chance to move ahead of their bitter rivals last weekend with the 1-1 draw against Valencia. On the verge of losing, Benzema came to their rescue. The striker fired in a late goal to set up a showdown with the Blaugrana who scraped out their own draw at the Anoeta Stadium against Real Sociedad.

Benzema owns a remarkable record in this fixture. Other than Lionel Messi and Luis Suarez, he is the player with the most Clasico goals among those who will take the pitch this evening. His nine strikes suggest he won't be intimidated by the 99,000 screaming Cules on the Camp Nou terraces.

His current form gives the visitors hope and Benzema will be motivated by his doubters to prove a point. There is no better forum for a Real Madrid star to make his case than El Clasico. 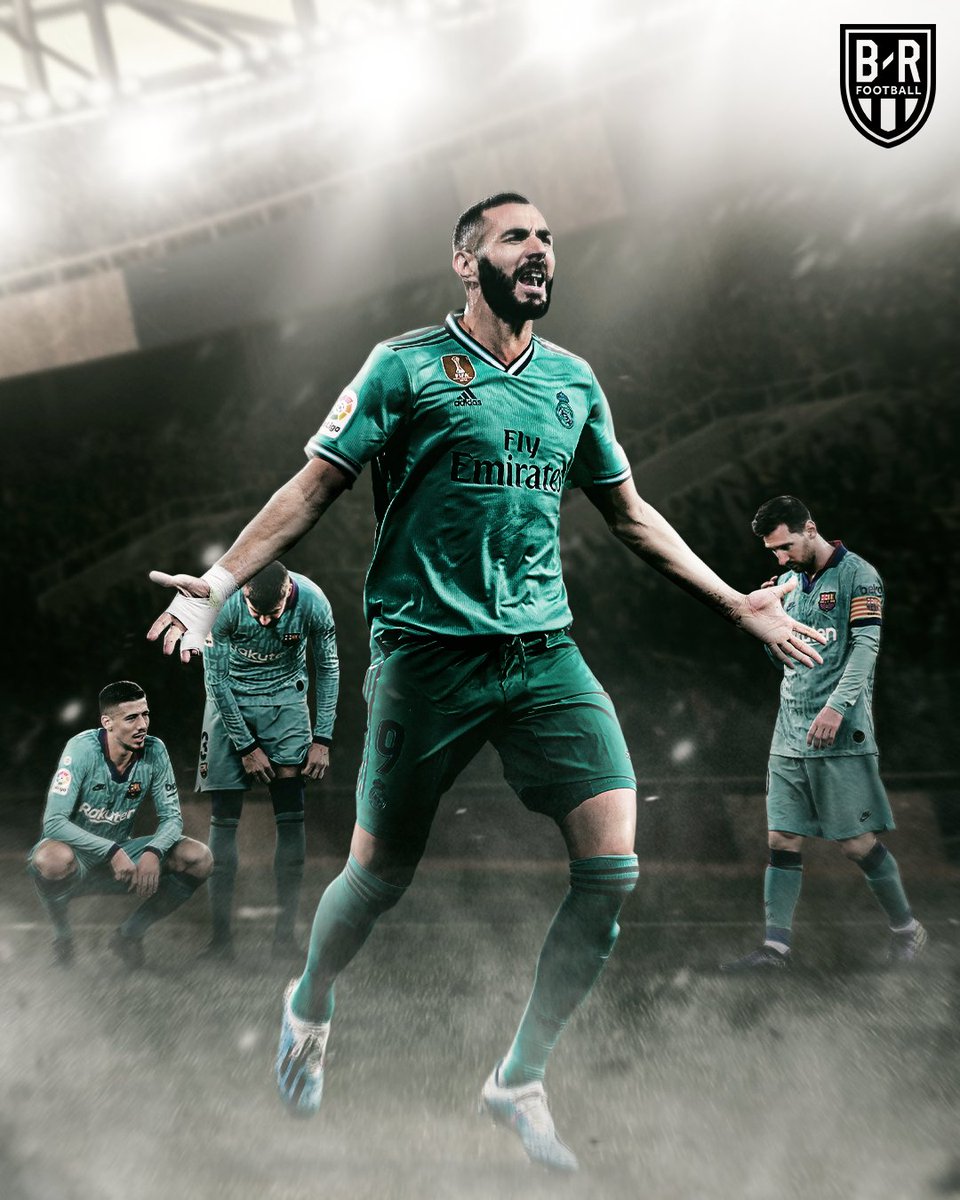